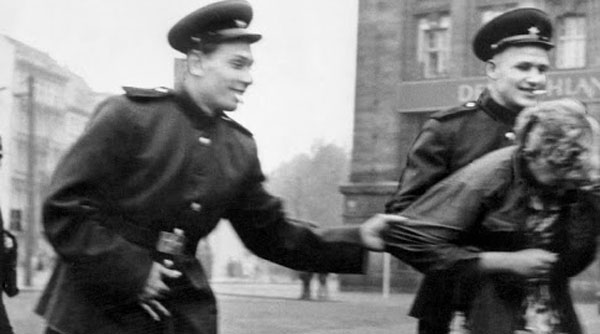 The wartime rapes, especially during World War II, had been surrounded by decades of silence. As shown in this controversial photo during that time, Soviet soldiers sexually harass a passing German woman in public, near the West Hall section of the Leipzig Hauptbahnhof central railway terminus, Germany, August 1945. As Allied troops entered and occupied … Read more