The wartime rapes, especially during World War II, had been surrounded by decades of silence.

As shown in this controversial photo during that time, Soviet soldiers sexually harass a passing German woman in public, near the West Hall section of the Leipzig Hauptbahnhof central railway terminus, Germany, August 1945. As Allied troops entered and occupied German territory, mass rapes were happening both in connection with combat operations and during the subsequent occupation. 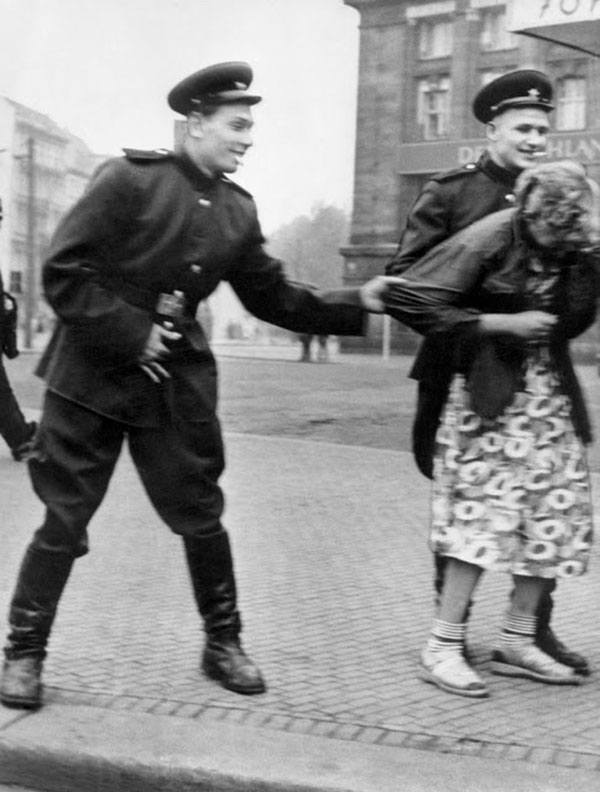 Some Russian historians maintain that rape crimes during this time were not widespread. But most Western scholars agree that the majority of the rapes were committed by Soviet servicemen, even openly sexually harassing German women.

The majority of the sexual assaults were committed in the Soviet occupation zone. It was estimated that up to 2 million German women were raped by Soviet soldiers. Historian William Hitchcock said that in many cases women were victims of repeated rapes, as many as 60 to 70 times. In Berlin, at least 100,000 women are believed to have been raped. Abortion rates were surging in the following months based on hospital reports, with around 10,000 women dying in the aftermath. Female deaths in connection with the rapes in Germany are estimated at around 240,000.

The Russian media dismiss the report of the rapes as a Western myth. But one of many sources that tells the story of what really happened is a diary written by a young Soviet officer named Vladimir Gelfand. 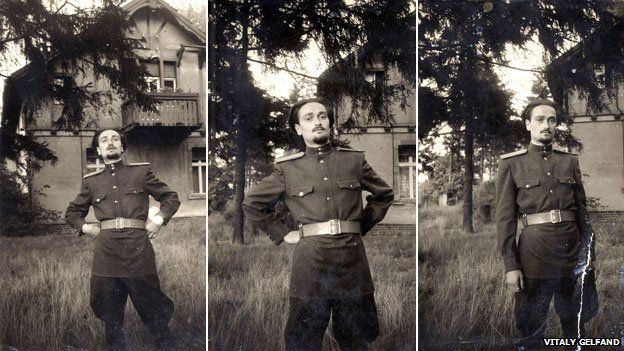 Vladimir Gelfand was a young Jewish lieutenant from central Ukraine. He wrote in his diary with extraordinary frankness despite the Soviet military’s ban on keeping diaries, which were seen at that time as a security risk.

But Vladimir Gelfand was secretly writing in his diary, in which he described the horror on the faces of German women trying to flee from their homes after the first night of the Red Army’s arrival. In one entry, he wrote about one beautiful German girl who was raped by no less than 20 men.

Military historian Antony Beevor describes it as the “greatest phenomenon of mass rape in history”. He wrote that at least 1.4 million women were raped in East Prussia, Pomerania and Silesia. His books were banned in 2015 from some Russian schools and colleges.

German prisoners of war in Berlin in early 1945 According to Natalya Gesse, Soviet soldiers raped German women from 8 to 80 years old.

When Milovan Djilas, a Yugoslav politician, complained to Stalin about the rapes in Yugoslavia. Stalin reportedly said that Djilas should “understand it if a soldier who has crossed thousands of kilometers through blood and fire and death has fun with a woman or takes some trifle.” When Stalin was told that Red Army soldiers sexually maltreated German refugees, he reportedly said: “We lecture our soldiers too much; let them have their initiative.”

Historian Norman Naimark wrote that Soviet soldiers caught raping civilians were usually punished to some degree, ranging from arrest to execution. But still the rapes continued until the winter of 1947 to 1948. The Soviet authorities later confined the Soviet troops to strictly guarded posts and camps, separating them from the residential population in the Soviet zone of Germany.