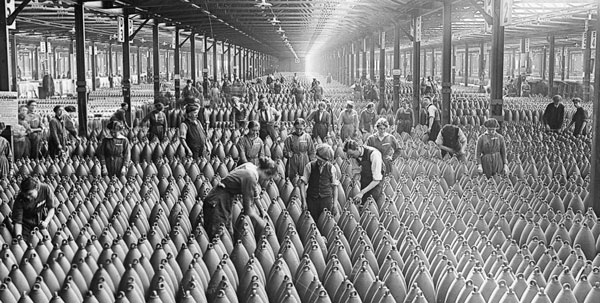 During World War I, women were recruited into jobs vacated by men who were fighting in the war. New jobs were created as part of the war effort. The high demand for weapons resulted in the munitions factories becoming the largest single employer of women during 1918. Women and men work amid rows of artillery … Read more