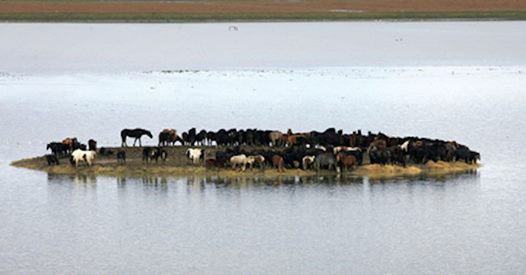 For three days, hundreds of horses were stranded on a tiny island in the Netherlands. They were facing certain death when an amazing group of brave women came to their rescue.

The horses were trapped after a fierce storm that caused the waters to unexpectedly rise and trap them. Animal welfare officers and firemen brought the horses food supplies to keep them alive while planning for their rescue. But time was running out for the horses as many of them were getting weaker.

That’s when a brave group of women who are experienced riders did something awesome. The rescue was later dubbed the Great Netherlands Horse Rescue. Watch the stunning video footage of their achievement. It’s truly amazing!