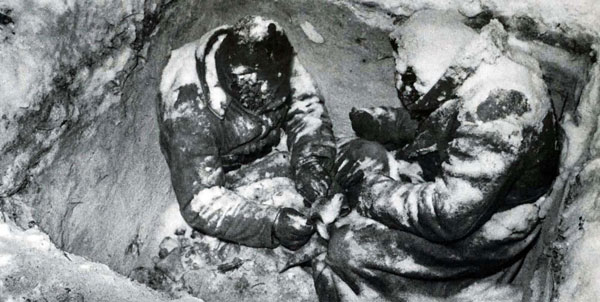 Two Soviet infantrymen frozen to death in their foxhole, Winter War, Finland (1940) In 1939 and 1940, the Soviet Union and Finland were at war. The smaller Finnish army proved tenacious. The Soviets had to bring troops from afar, including from regions that had no experience of hard winters. The Soviet army paid a heavy … Read more