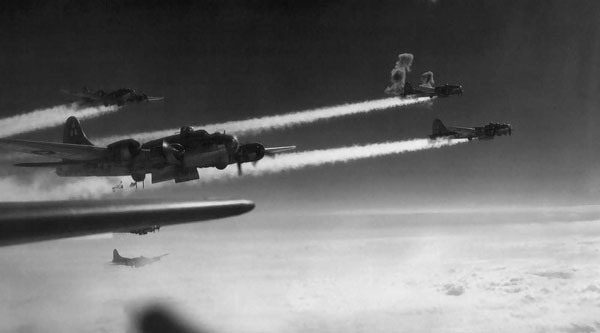 These German soldiers stand in the debris strewn street of Bastogne, Belgium, on January 9, 1945, after they were captured by the U.S. 4th Armored Division that helped break the German siege of the city. Photo credit: Library of Congress / AP Photo By the beginning of 1945, the brutal war that Nazi Germany had … Read more