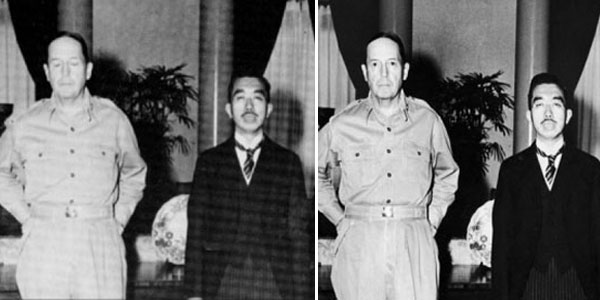 Many Japanese were extremely offended by this picture because of how casual MacArthur is looking and standing next to the Japanese Emperor, who was supposed to be a god. Photo credit: Gaetano Faillace [wp_ad_camp_1] The Emperor was a living god to the Japanese people, and MacArthur found that ruling via the Emperor made his job … Read more