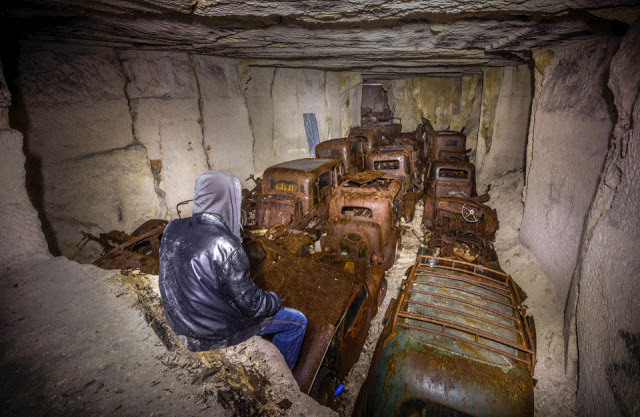 Belgian PE teacher Vincent Michel stumbled upon a hidden underground in a quarry in France, which has been hidden for nearly 80 years. Many believed that the cars were hidden away during World War II. Apparently, their owners did not reclaim them after the war. The rusting collection was hidden to avoid it being captured … Read more