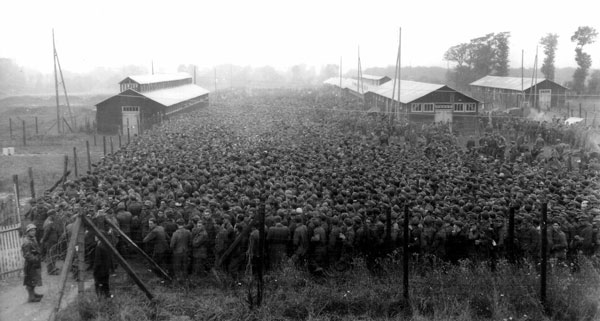 Thousands of German prisoners of war at Nonant le Pin POW camp after the Falaise Pocket battles in which over 30,000 Germans were captured. [wp_ad_camp_1] The Germans were captured following the Falaise Pocket battle in August 1944, with approximately 50,000 Germans trapped inside. Many Germans escaped but losses in men and equipment were huge. The … Read more