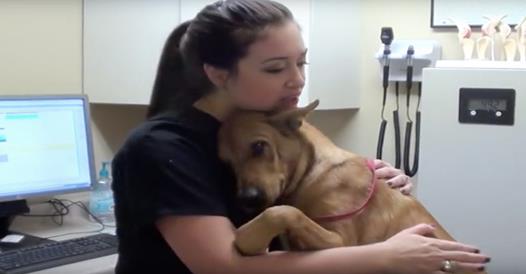 This dog named Robin was picked up as a stray by an animal control officer. He was limping on his leg and was about to be euthanized due to the injury. But when he was brought to the shelter, five minutes before his scheduled euthanasia, he was rescued! They found out that Robin had so … Read more