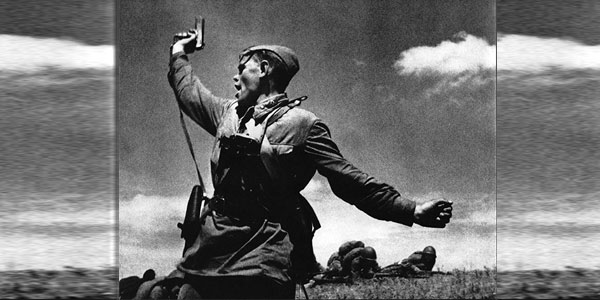 “Politruk” Alexey Yeremenko leads his men into combat, armed with a Tokarev TT-33. He was killed minutes after the photo was taken. Khorosheye, near Voroshilovgrad, Ukraine, July 12, 1942. [wp_ad_camp_1] The photo is one of the iconic photographs of the Soviet in World War II, comparable only to the photo of the Red Flag over … Read more