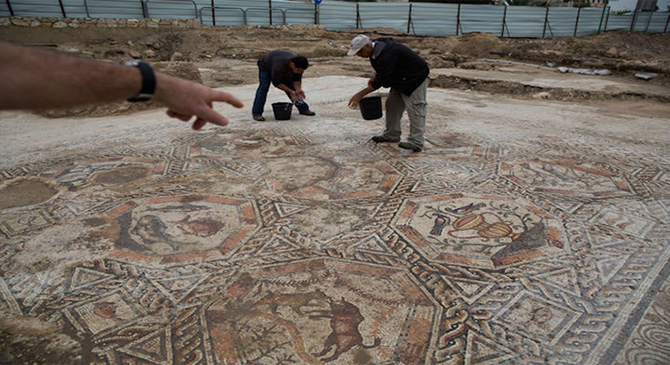 Israel’s Antiquities Authority released news of the discovery of a massive 1,700 year-old Roman mosaic in the central Israeli city of Lod. The ancient masterpiece was unearthed during a construction project of a visitor center intended to house the Lod Mosaic that was first discovered in the same site two decades ago. ©Nir Elias / … Read more