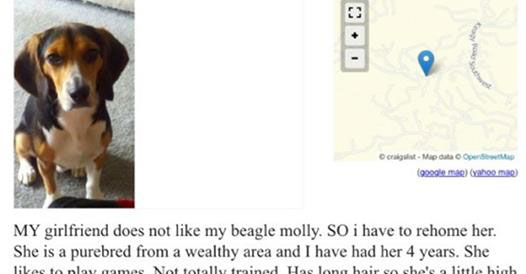 Some people out there just dislike animals. No matter how adorable or well-behaved they are, they just don’t like them for some reason or another. Take for example this man’s girlfriend who demanded he should get rid of his dog because she just doesn’t like the animal.

So after 4 years of being together, even if it broke his heart, the guy decided to put up a listing on Craigslist. Did he cross the line, or did he do the right thing? You be the judge. 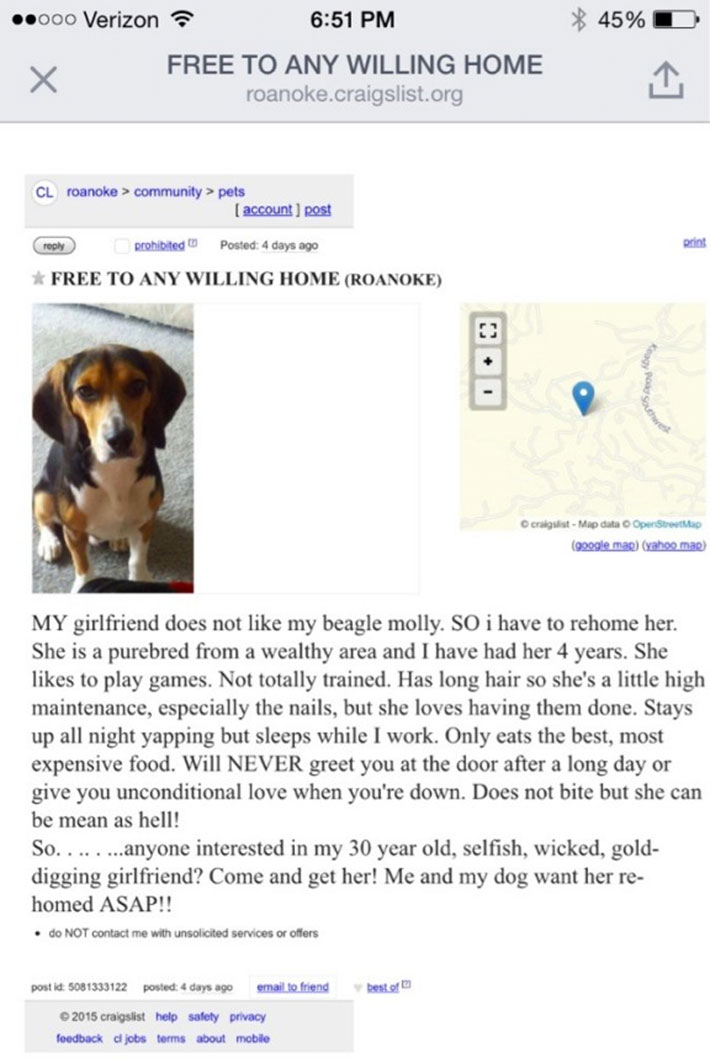