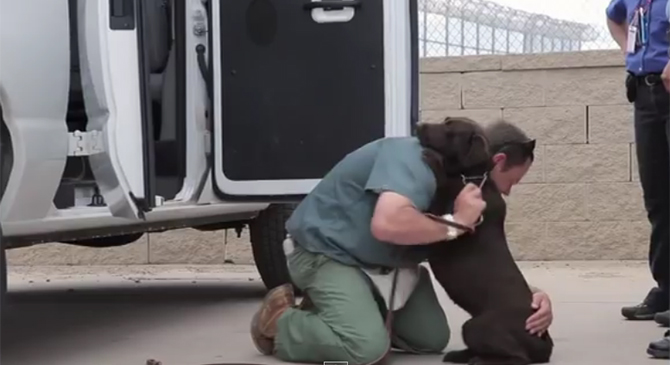 A documentary series called Castaways chronicles the successful rehabilitation program of inmates who train unwanted dogs for adoption. The series highlights how a heartwarming bond is developed between them while bringing out a change in character of both man and dog. The results are life-changing for both the dog and prisoner.

The video below features an abused puppy mill dog named Esther who was rehabilitated through the Prison-trained K-9 Companion Program. Watch as Jason, a prison inmate and member of the Prison-trained K-9 Companion Program successfully trained Esther and helped her emerge from her shell. Their emotional goodbye will hit you hard (at least it did mine). You know the drill… have a box of tissue ready.