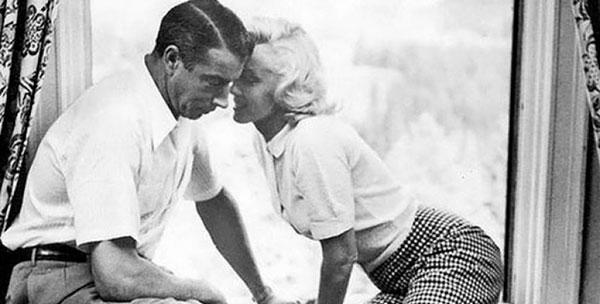 These are some of the most romantic moments that ever happened, conveying the most beautiful expressions of love. Enjoy!

1. The moment this was written. 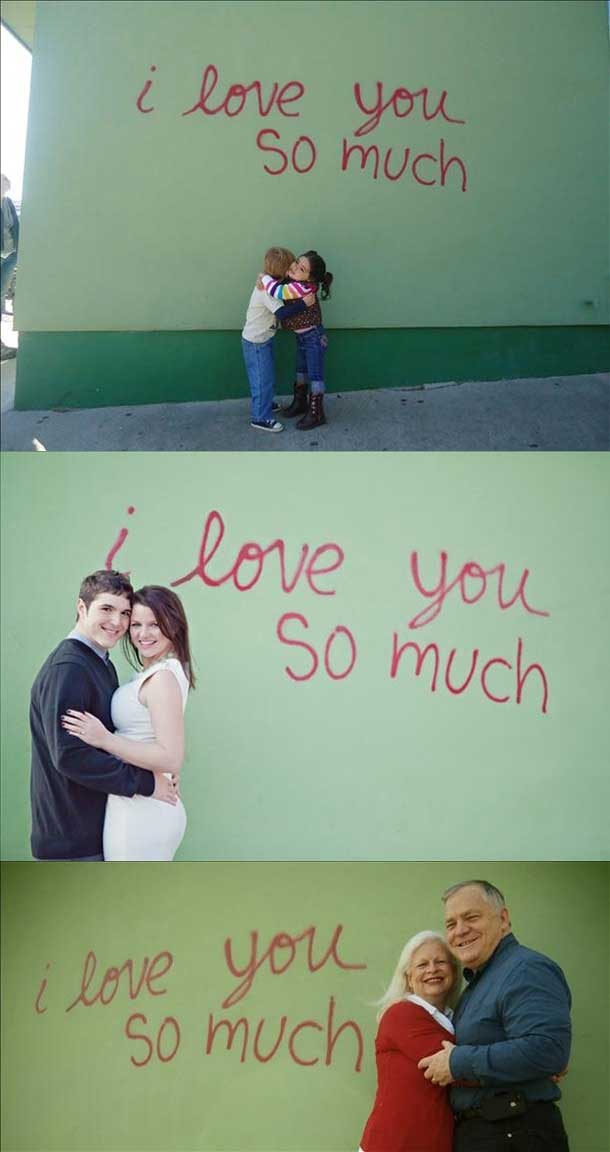 2. When these amazing moments happen in a photo booth 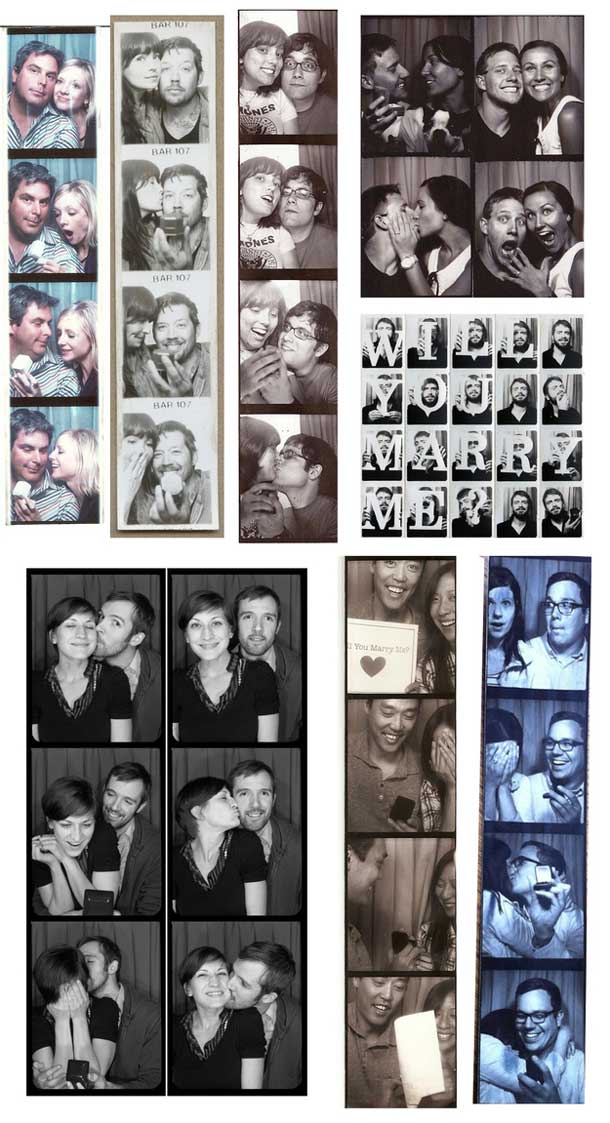 3. The moment they wrote their names on this Wall for Lovers. 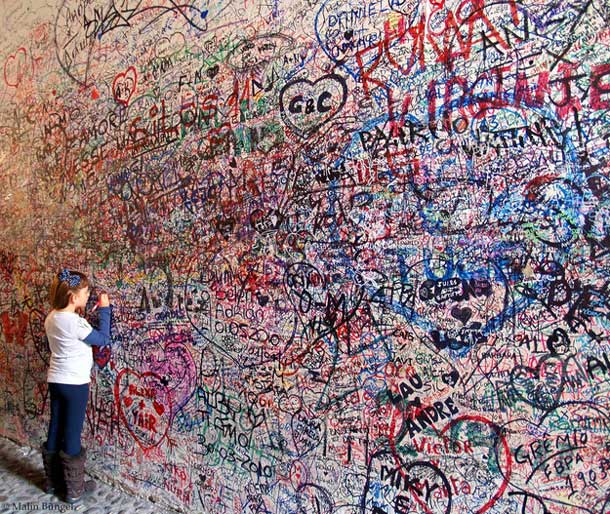 4. Every time she receives flowers from her husband. 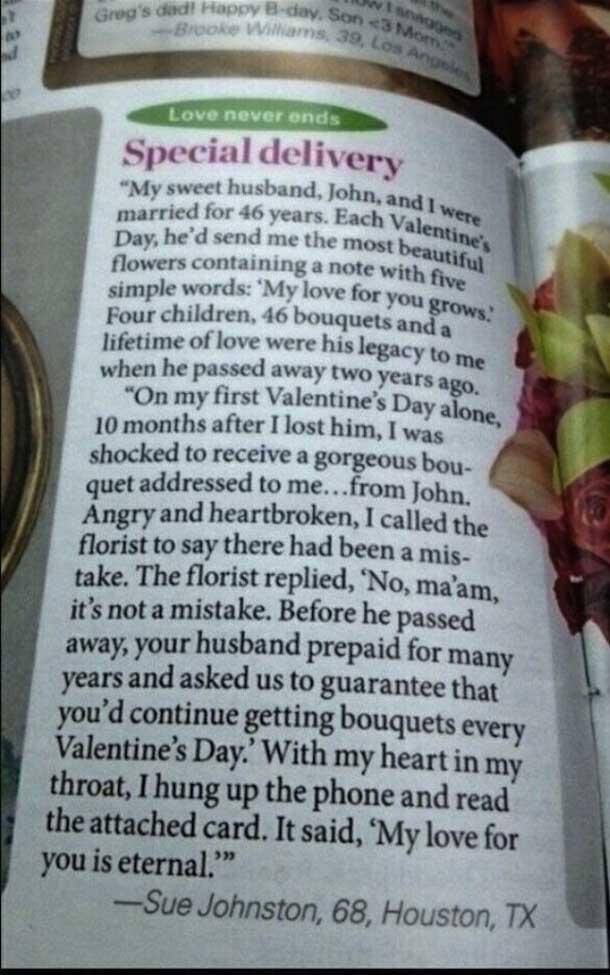 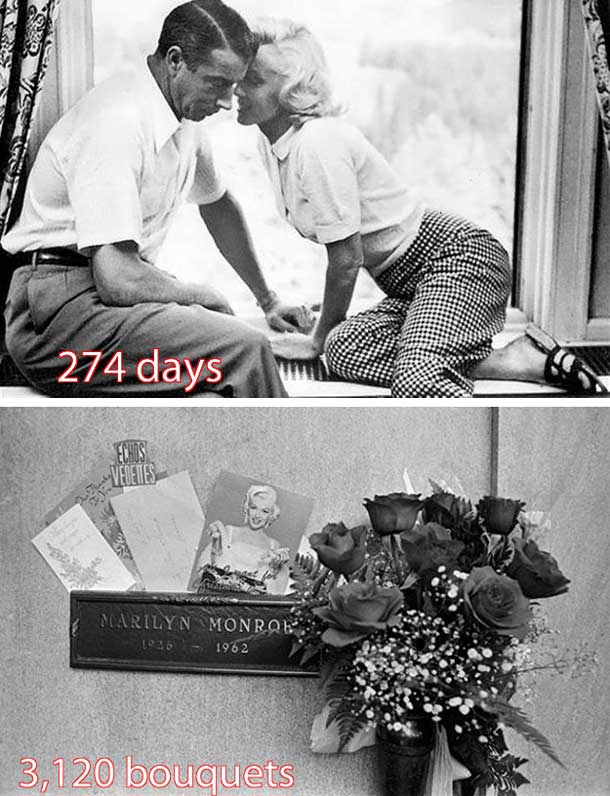 Their marriage lasted for just 274 days. But the baseball legend Joe DiMaggio remained devoted to Marilyn Monroe. He didn’t stop loving her and never remarried. After her tragic death, Joe sent red roses to her grave 3 times a week for the next 20 years. 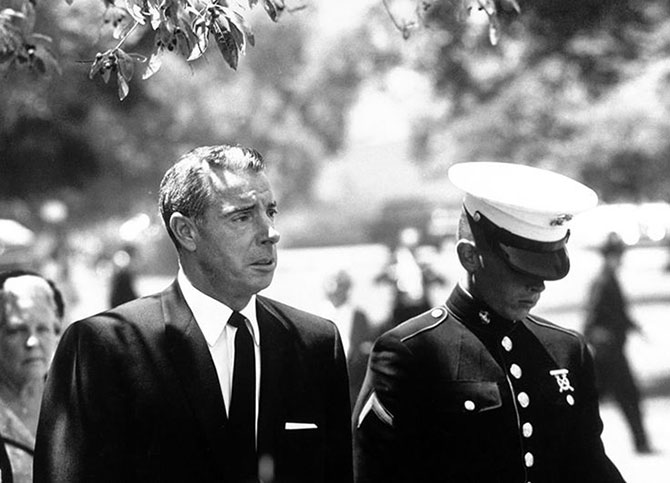 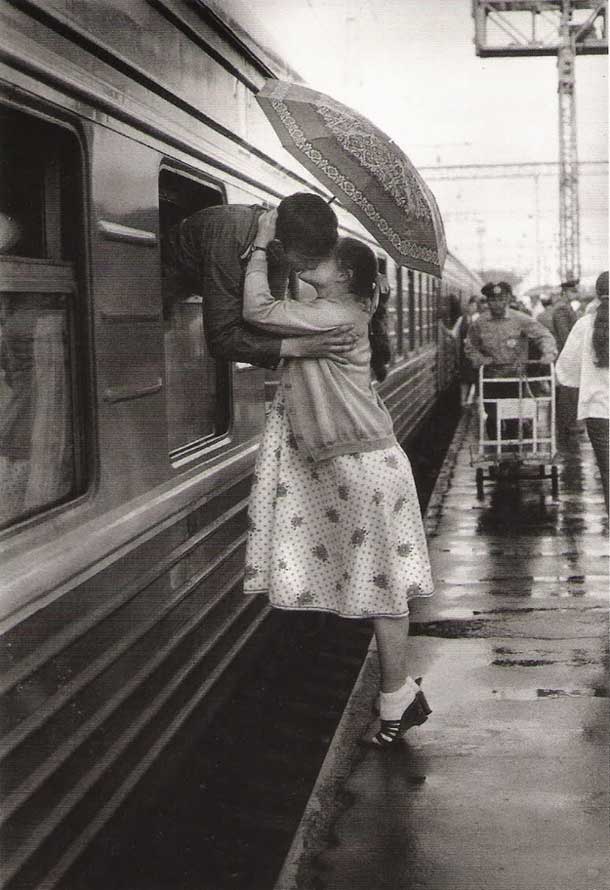 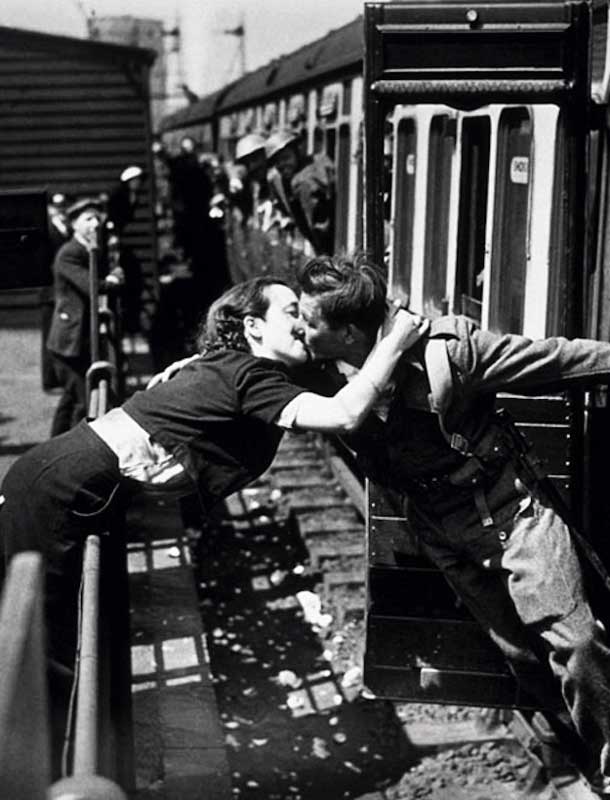 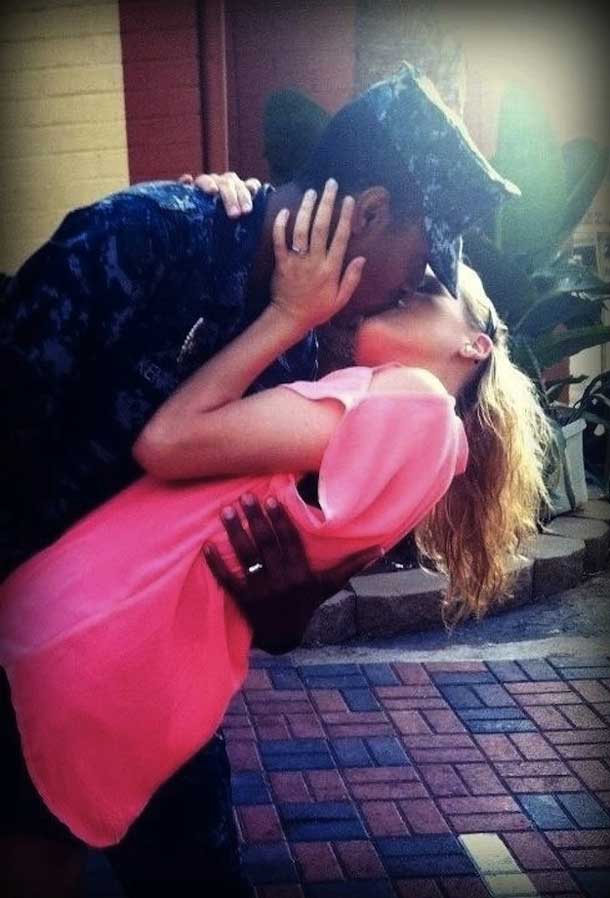 “Our last picture together before he deployed in August. My husband.”

7. When their love story inspires their grandchild. 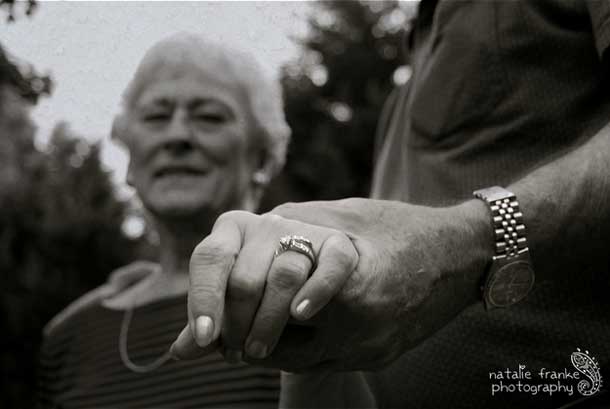 “This is a shot of my grandparents that I took at my birthday party.. They met when they were 13 and started dating their freshmen year of high school… They have been inseparable for at least 60 years and now are approaching their 50th wedding anniversary.”

8. When this adorable kitten wore a wonderful surprise around his neck.. 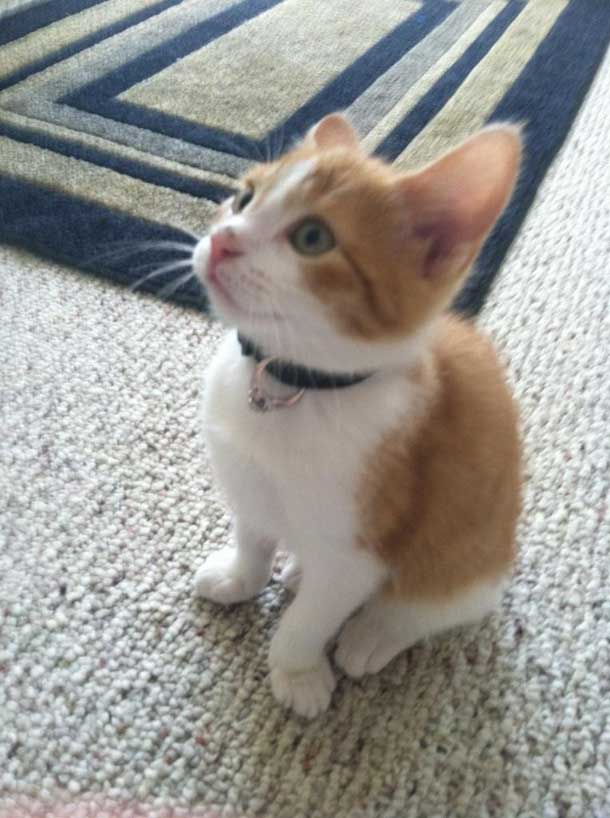 10. When a signage prompts you to do this. 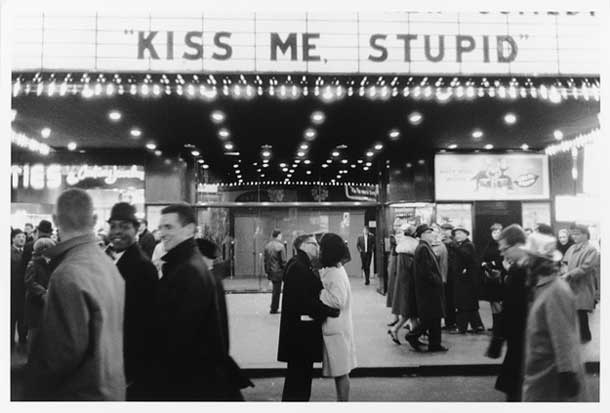 11. When Paul McCartney first saw Linda and fell in love with her.

Photo credits: bedford network, nothing seems as pretty as the past, tumblr, kzsc.

It was love at first sight when Paul saw Linda in 1967. They were married 2 years later, raised 4 children, and spent every single night together. She died in 1998. “I always think of Linda still as my girlfriend,” Paul said. “That’s how we started out in the ’60s, just as friends. Whenever I was working late somewhere, I just never fancied it. I thought: Well, I could stay overnight in this posh hotel, or I could go home to Linda. And it was always the brighter of the two options: Yeah, go home to Linda. It was just I liked being with her, quite frankly.”

12. When dancing was invented

13. When Ryan Gosling and Rachel McAdams did this at the MTV Movie Awards.

14. When this awesome girl asked him this. 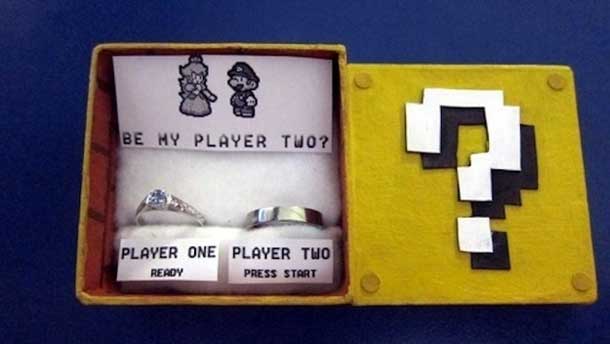 15. The moment these two lumberjacks got married. 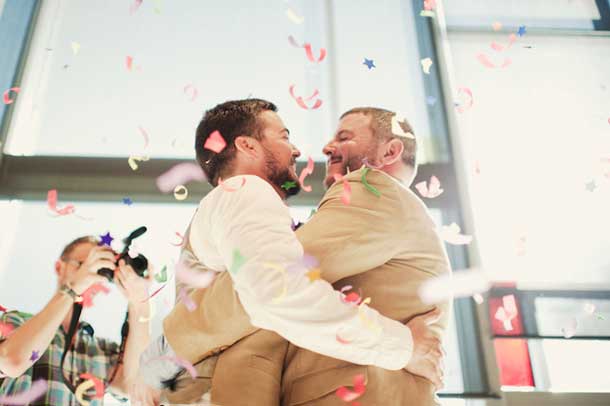 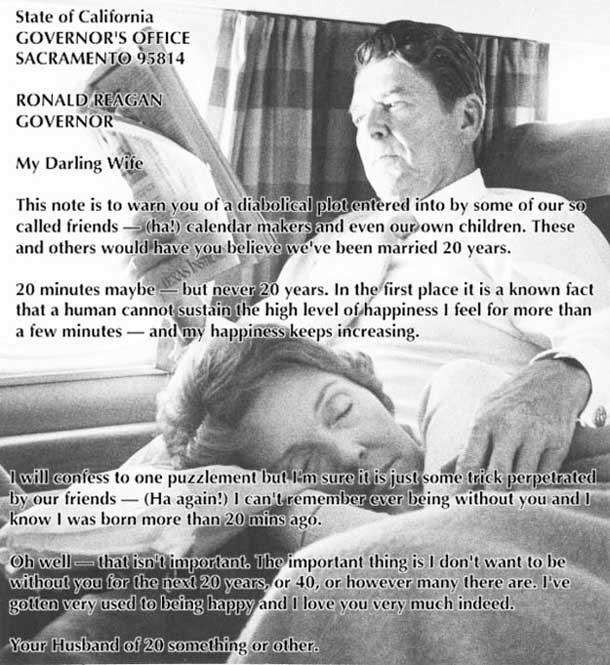 17. When texting was invented and we’ve text messages like these. 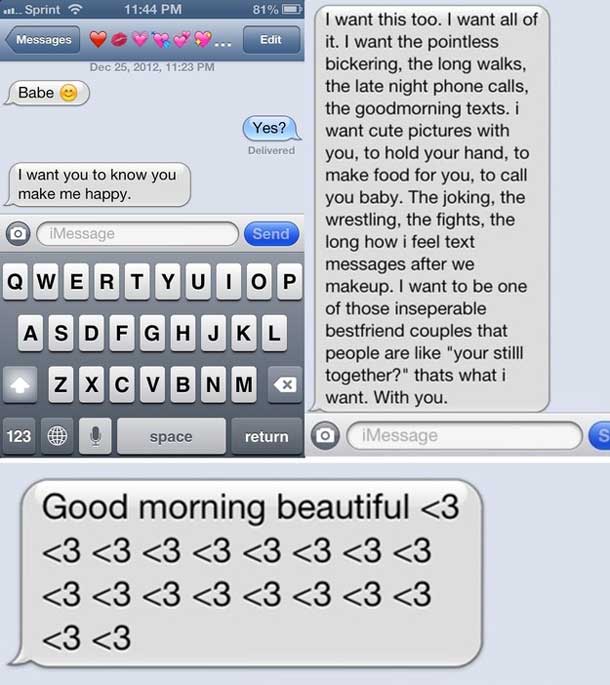 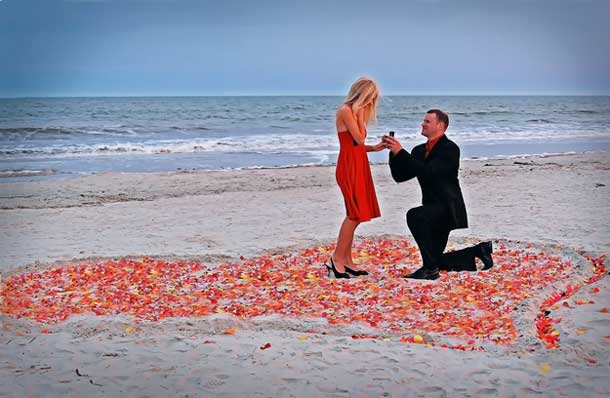 19. When some songs remind you of someone you love.

20. The moment a prince marries his princess. 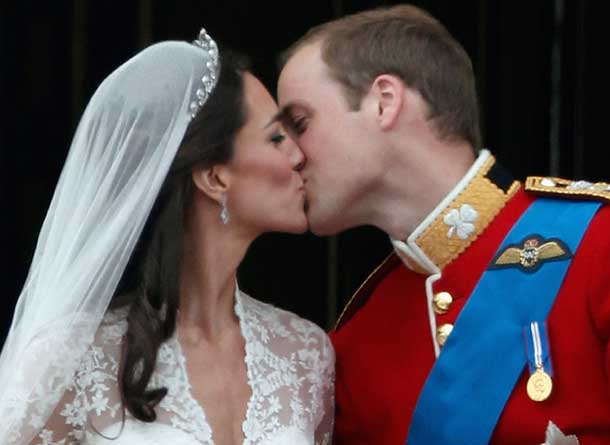 When they were young, Liu and Xu eloped and lived in a mountain cave for more than 50 years. He worried she’d find it difficult to go down the mountain. Liu carved over 6,000 steps for Xu on the second year together. He died in her arms.

23. When you see this beautiful ring. 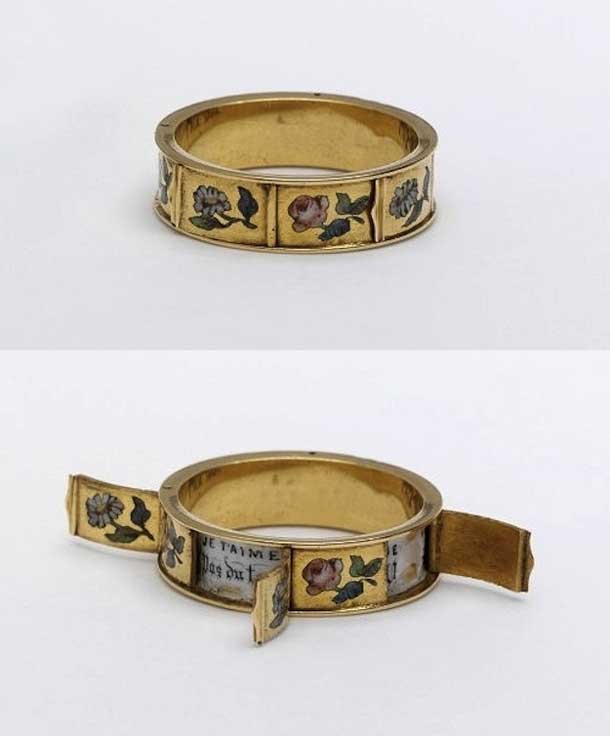 Made in France in the 1800s, this ring is designed with secret little compartments that contain hidden love messages that start with “Je t’aime…”

24. When they finally have their wedding photo. 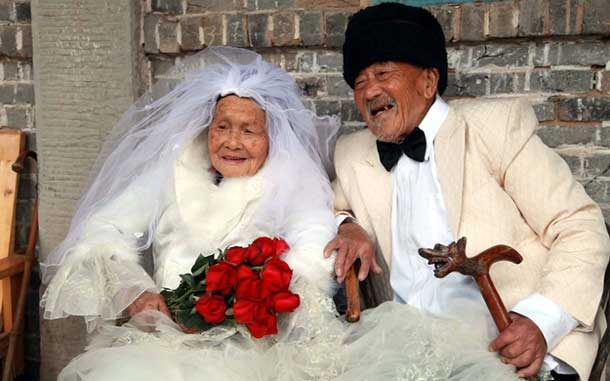 When Wu Conghan (101) and Wu Sognshi (103) got married in 1924, they didn’t have a single photo of their wedding. After being together for almost 9 decades, they’ve been wishing of having one. Their wish was granted when a local photo company in Nanchong, Sichuan Province, China, helped them. They finally have this first wedding photo.

25. They were holding hands till the end. 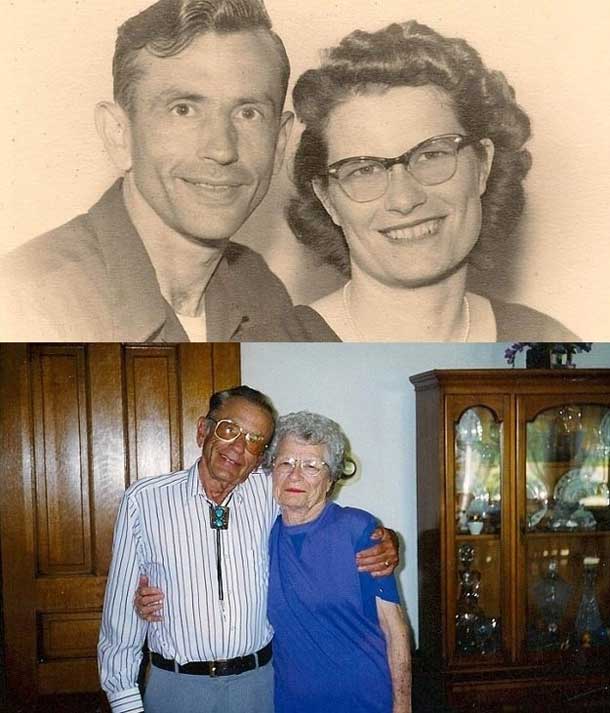 They were married in 1939. After 72 years of marriage, Gordon and Norma Yeager “passed away hand in hand exactly 60 minutes apart” of one another.

26. When you see couples wearing Halloween costumes like these. 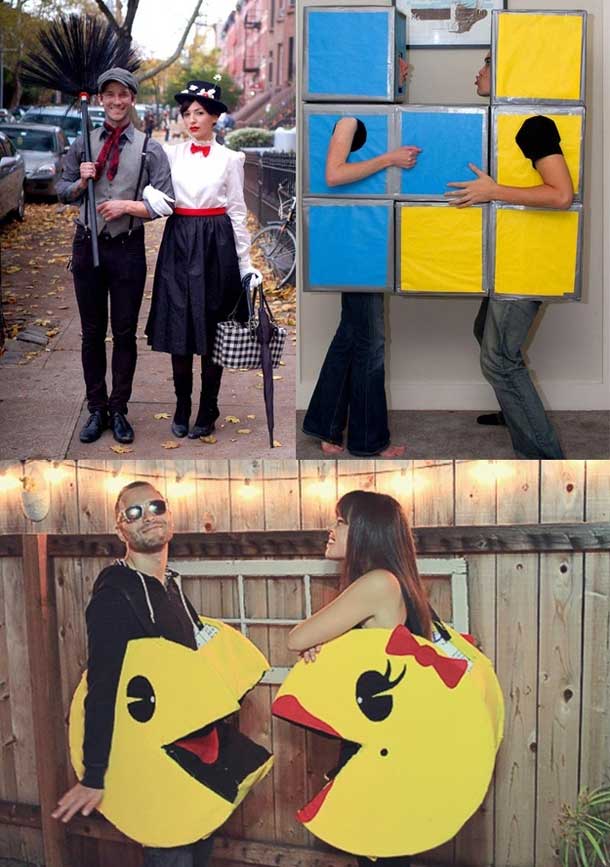 27. When they saw their brides for the first time. 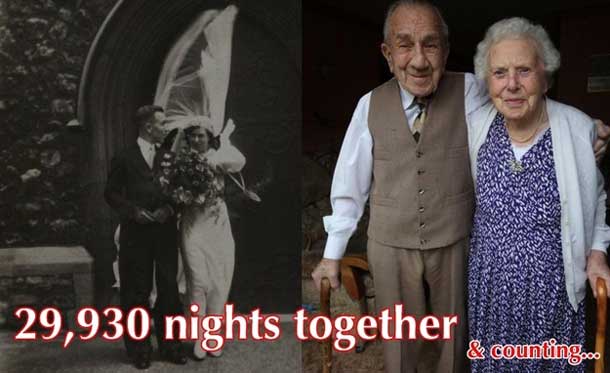 29. When Johnny Cash gave us a sweet definition of paradise. 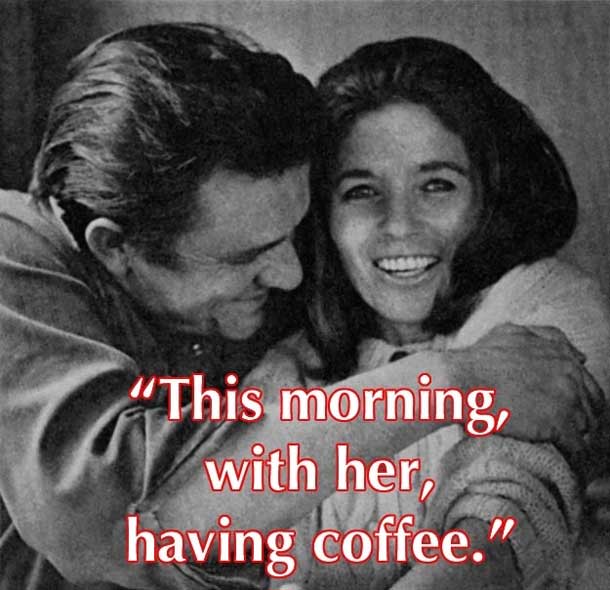 31. The moment he saw her for the first time in a wedding dress. 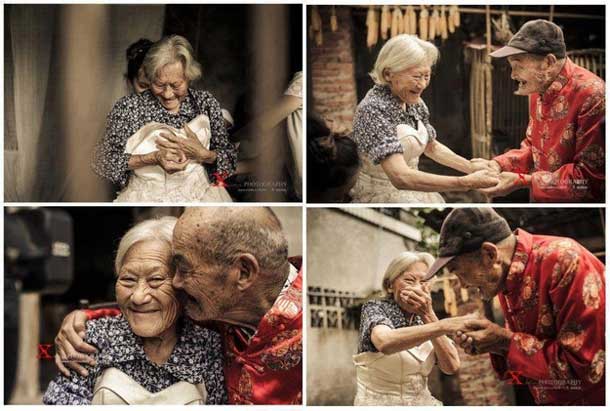 He’s 104 and his wife is 100 years old. They’ve been married for 81 years, but never had a proper wedding ceremony. They finally have one with her in a real wedding dress. When he saw, her said: “My wife is so beautiful.”