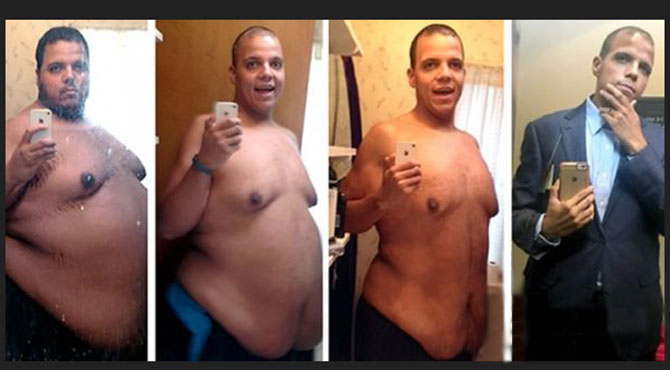 Meet the incredible shrinking man Jesse Shand who loses 400 pounds with the help of internet strangers he once trolled. It started off as a joke. Jesse created a thread on Bodybuilding.com forum called “Ask the fattest man on the misc [sub-forum] anything,” in which he posted photos of his obese body. He completely didn’t expect the response he got from the Bodybuilding community.

“[My plan] ‘backfired’ on me, and people started to try to convince me that it wasn’t too late, that even at my weight, all was not lost,” Jesse said. “I didn’t want to hear it and made my usual excuses, like not having enough money for groceries or lacking the motivation. But the members of the thread didn’t accept my excuses and even offered advice on how it could be done. They walked me through it, provided me with a platform to get feedback and take baby steps, and the rest is history!”

From 653 pounds to 250 pounds, watch the inspiring journey of Jesse Shand in this amazing video.

“It really showed me that even on the Internet, the kindness of strangers can completely change your life. It helped me to realize that I had something to fight for,” Jesse said. “They’re the ones who took me under their wings and believed in me long before I believed in myself.”