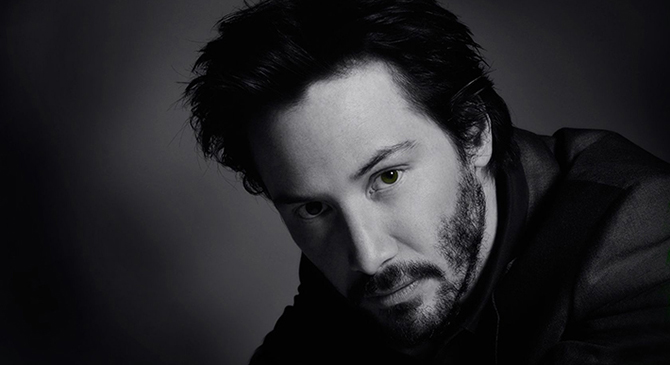 Way back in 1999, the completely groundbreaking, mind blowing science-fiction, action movie The Matrix was first released in theaters. To refresh your memory of how awesome that movie was, check out the trailer below:

And here’s the famous dodging bullets scene oozing with awesomeness…

After earning a staggering $463.5 million at the box office and being nominated for – and winning – four Academy Awards, the story of The Matrix is a rather happy one. But let’s focus for a minute on the star of the franchise, Keanu Reeves. 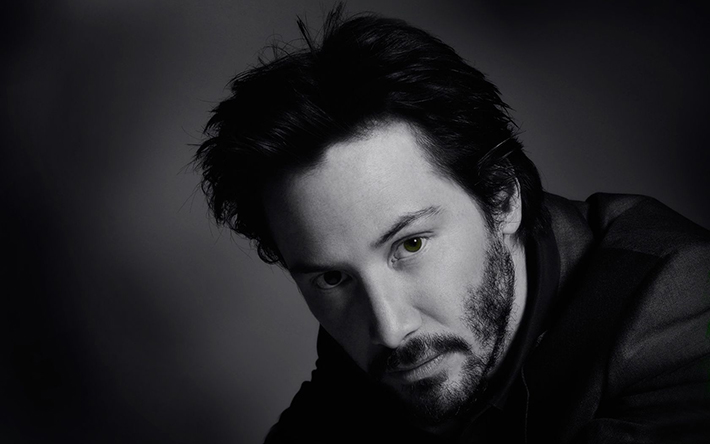 Sadly, at the age of 50 Keanu’s life has been marred with more tragedy than most people would experience in twice that time. Despite the many setbacks that would have kept most people down, Keanu kept pushing. Here is the sad, true story of Keanu Reeves, followed by some of the reasons why he’s an even more awesome person in real life than any of the characters he’s played.

His father abandoned his family at a young age

When Keanu was only three, his father left their family. They still stayed in contact for a few years until he was six. After his parents’ divorce, their family moved from city to city. Because they moved so frequently, Keanu attended four high schools. He also struggled with dyslexia, so school was challenging for him. He eventually left high school without receiving a diploma, but is an avid reader today.

In 1993 at the age of only 23, his best friend River Phoenix passed away after a drug overdose. That in itself would be enough to make even the strongest person on the world break down. That kind of thing never really leaves you.

He was a remarkable human person and actor. We got along very well, and I miss him. I think of him often.

Then in 1998, Keanu meets Jennifer Syme. The two fell in love and by 1999 she was pregnant with his daughter. But the tragedy continued when at eight-month pregnant their child was stillborn. The two were torn apart by the death of their daughter, but still remained close friends. But just 18 months later, Syme died in a car accident.

But despite all of that, he has persevered!

While death is the inevitable, it’s always earth shatteringly heartbreaking. How Keanu is even walking around at this point is beyond me, let alone starring in major blockbuster hits like The Matrix.

If Keanu Reeves was cursed in a former life to have death as a constant companion, I would not be surprised. I would probably work alongside him to get that curse lifted too because that kind of pain is just ridiculous.

Instead of stewing over his pain and losses, as I imagine I would be more inclined to do, Keanu doesn’t blame the world. Instead, he uses his free time to make the world a slightly better place.

He doesn’t care about money 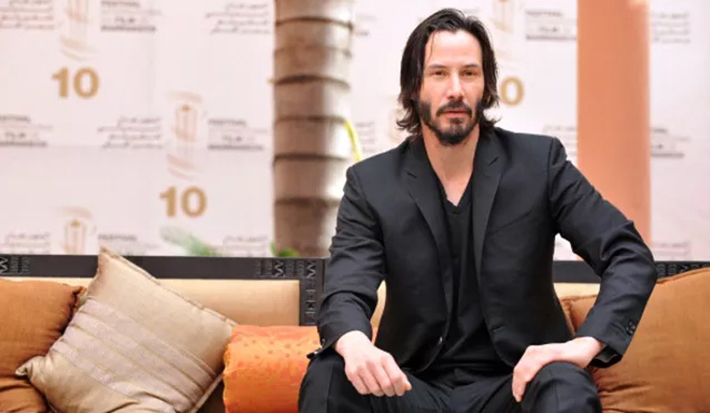 Keanu is a seriously charitable guy. He’s known in Hollywood for giving far more than was asked of him to the people who helped make his career possible. While most actors will give some token of appreciation to the crew when filming wraps, after the success of The Matrix and its sequels, Reeves gave an estimated $80 million of his $114 million earnings to the special effects and makeup staff.

He also voluntarily took pay cuts on films like The Replacements and The Devil’s Advocates so that actors like Gene Hackman and Al Pacino would agree to be in the films, while keeping the casting within the budget.

But it’s not just professionally… 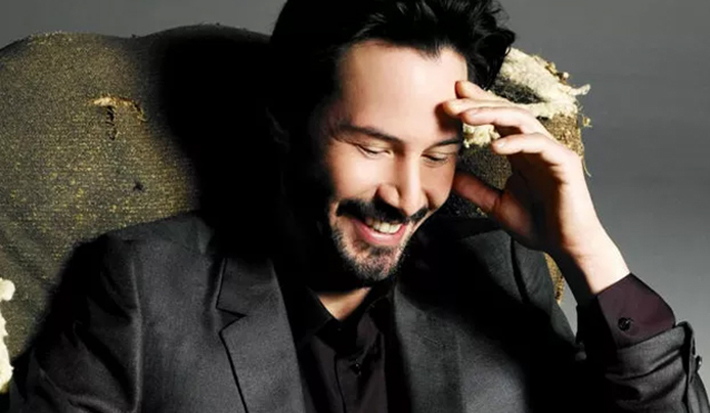 There are also a few personal accounts from people who have experienced Keanu’s kindness first-hand. A few years ago, Redditor Kahi made the following comment in a thread about the Sad Keanu meme:

A family friend builds movie sets, doesn’t design, is one of the poor dudes that just builds. Anyways he worked on the set for the Matrix and Keanu heard about family trouble he was having and gave him a $20,000 Christmas bonus to help him out. He also was one of the only people on the set that genuinely wanted to know people’s names, would say hello and mean it, and would talk to people as if they were his peers and not below him just because they were practically making nothing to build a set. I’ve never heard anyone say Keanu is a douche, seems like the nicest person in Hollywood from a second hand experience.

In his AMA he said that he tries to keep his life as simple as he can. And in 2003, Keanu told Hello! Magazine:

Money is the last thing I think about. I could live on what I have already made for the next few centuries.

Also, is that Keanu letting it slip that he’s actually immortal? Maybe.

Just a short shoutout here for a couple of reasons. First of all, Keanu Reeves is probably worth well over $100 million, yet he decides to ride the subway like a normal person. Maybe he’s trying to decrease his carbon footprint, or he wants to connect with people. Either way, it’s down-to-earth and generally fantastic.

Secondly, he gives up his seat to a woman without even a hesitation. He spots her holding her gym bag, and immediately offers her his seat. What a great guy!

He has a sense of humor 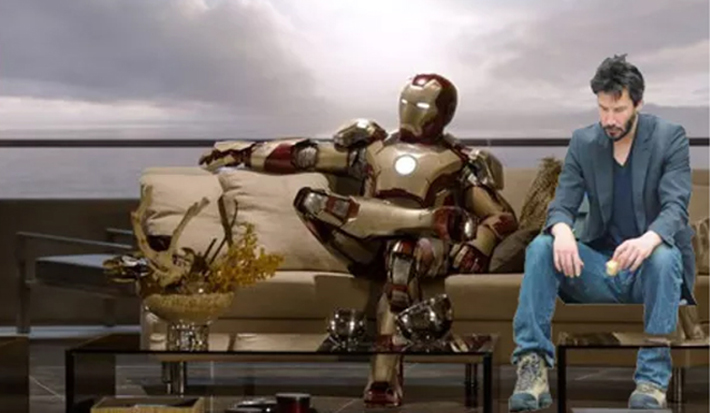 During Keanu’s AMA, not only did he give some well thought out, and interesting answers, but he also showed that he has a great sense of humor.

When asked how he felt about the – not entirely flattering – Sad Keanu meme, he responded with:

My first experience with that was Sad Keanu, and I thought it was funny!

Of course you did, Keanu! Because you’re just the best guy ever.

He takes care of his family 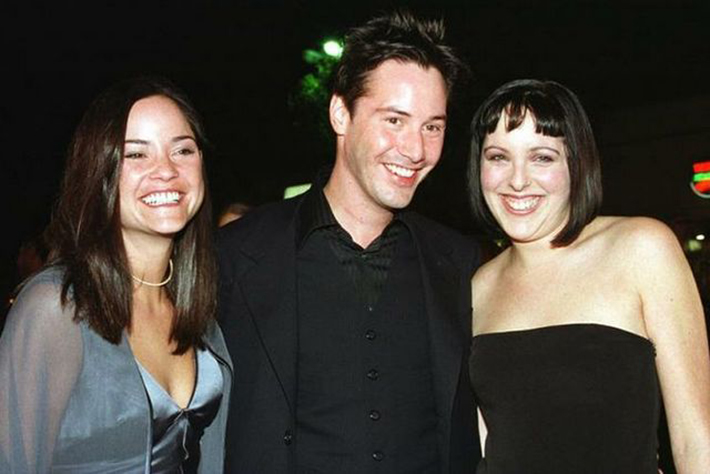 Keanu became the caretaker for his sister, Kim, after she was diagnose with leukemia. During his sister’s decade-long battle, he has donated privately and publicly to numerous cancer charities, research centers, and hospitals.

He even set up his own charity but decided against attaching his name to it. Some of the charities he supports are Stand Up to Cancer and the SickKids Foundation.

He is so wise it’s almost scary

When asked in 1995 how he would define happiness, Reeves reportedly made the following statement:

Lying in bed with my lover, riding my bike, sports, happy times with my friends, conversation, learning, the earth, dirt, a beautiful repast with friends, family with wine and glorious food and happy tidings and energy and zest and lust for life. I like being in the desert, in nature, being in extraordinary spaces in nature, high in a tree or in the dirt, hanging out with my family, my sisters.

That is a truly beautiful definition of happiness, especially for a 30-year-old. I think I’m going to adopt it into my own life. Another scrap of proof that he might be an immortal genius sent to Earth to teach us how to live better? Could be.

So there we have it, the sad yet true story of Keanu Reeves. When he was asked how it is that, through all of his pain, he has maintained his status as one of the nicest guys in the business and stayed so grounded he said:

It’s easy to stay grounded. The ground is very close. And we walk on it every day.

Which Keanu Reeves movie is your favorite?