Several years back, I was idly walking around the New Delhi Zoo and saw this lion (or perhaps a twin). As he roared, it sounded like a rolling thunder in a canyon. It drowned out all the other sounds in the zoo. 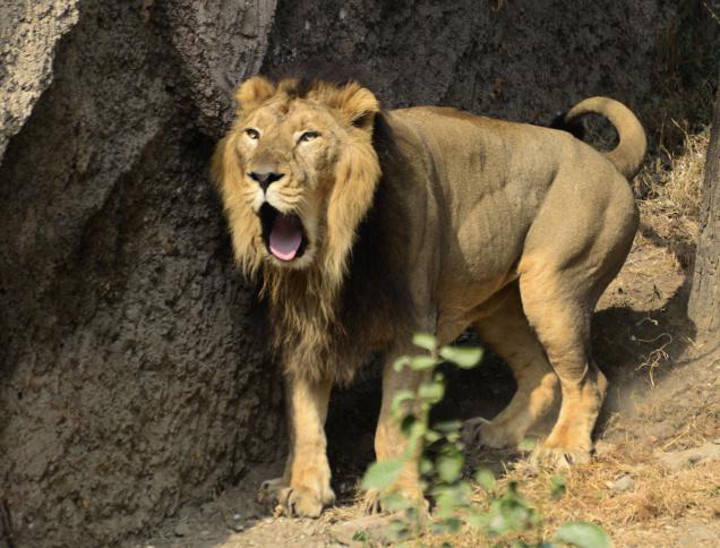 His roar removed all doubts in my mind why it is the “King of the Jungle.” It was awesome and intimidating.

Thanks goodness, it was in the middle of a very large fenced enclosure because I was not so keen to get close and personal to shake his hand, er, paw.

There are animals, however, not as huge and graceful as a lion, but hold the distinction of being so weird and uncommon to escape our attention.

I would love to meet them, not in an enclosure or a cage, but in their natural habitat – if only I have the resources to search them where they hang out.

The following are 10 of the 22 weirdest animals in nature (pictures from http://www.boredpanda.com/strange-animals/):

1.   Pink Fairy Armadillo
Also called pichiciego, it measures between 9 – 12 cm long, making it the smallest in the armadillo family.

As a cuddly pet, it will snugly fit into a matching lady’s signature bag – if only you can get one from Argentina, its natural habitat. 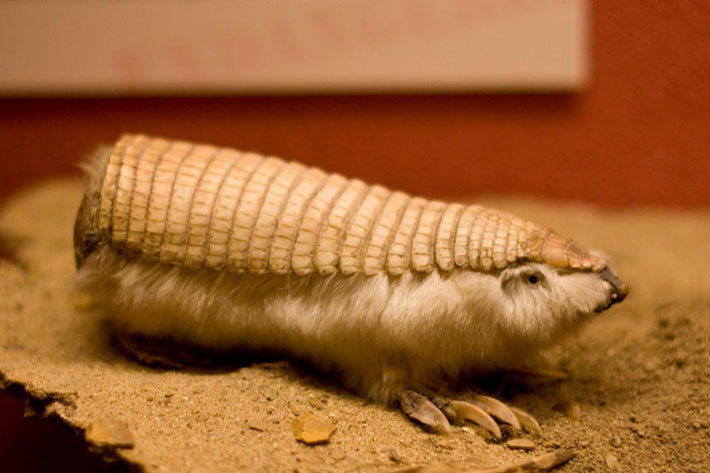 2.    Aye-aye:
No, this one is not one of those Star Wars movies jedi, but a lemur from Madagascar.

It has teeth like that of a rat and a long middle finger, not for any lewd purposes, but to insert into holes of trees to forage for food.

Could be a nice pet, but it is endangered. Besides, it would startle some of your friends, not only by its looks but of the two nipples of female aye-ayes which located near their groin. 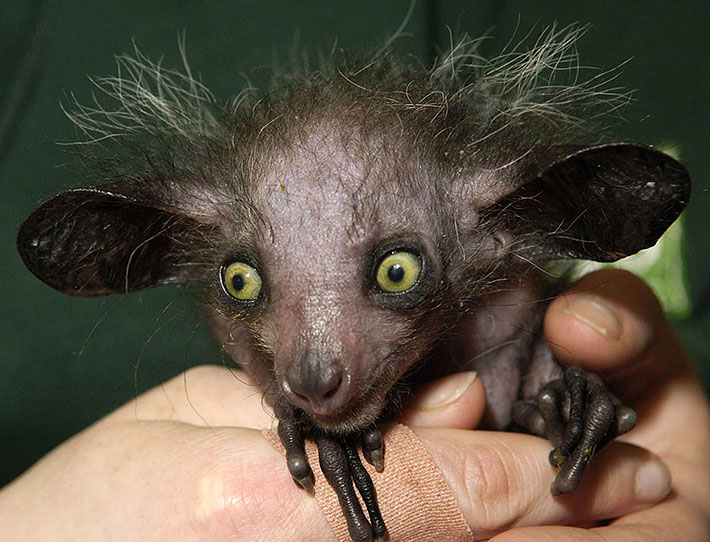 3.    Dumbo Octopus:
It was named “dumbo” because of the ear-like fins protruding from the top of its head like the ears of Walt Disney’s Dumbo, the flying elephant.

It is only 20 – 30 cms long and lives in the bottom of the ocean making it safe from becoming a takoyaki – a favorite Japanese octopus dish. 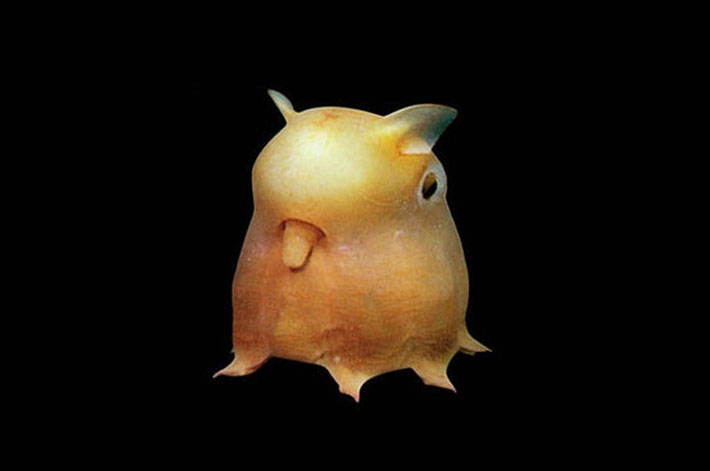 4.    Naked Mole Rat:
People hate rats and I am one of them. That’s why I am thankful that these are only found in East Africa. But I would like to see it, not for being a rat but to see a rat in long johns.

But you have to admire this kind of rat. It lives up to 31 years, and is eusocial – meaning it has an advanced social organization where a single female or caste produces offspring’s and the non-productive members cooperate in caring for the young. 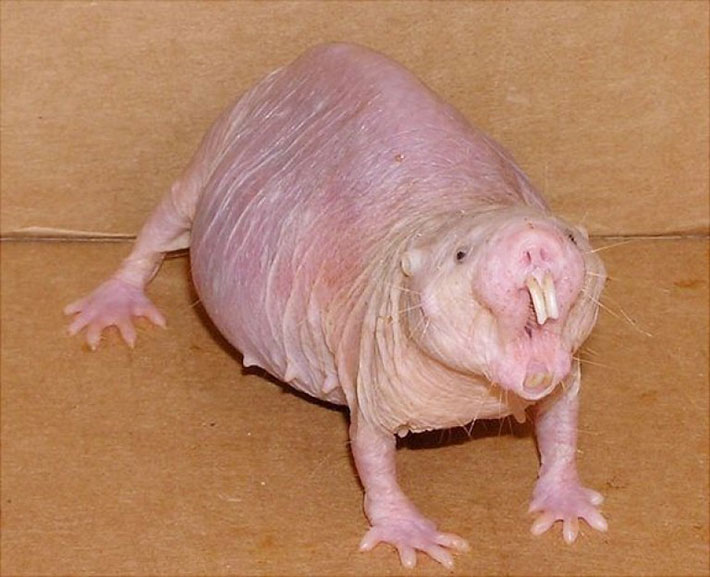 5.    Star-nosed Mole:
Were it not for its being so small, 15 to 20 cm long, it could very well look like one of those monsters in the “Alien” movie series.

But this is no alien as its natural habitat is in the moist parts of Canada and northeastern U.S.

Its star-like snout is a touch organ with 25,000 sensory receptors known as Elmer’s organs.

It is believed that these organs can detect seismic vibrations.

6.    Yeti Crab
It is called the “yeti crab” from the mythical abominable snowman, the “yeti.”

It was discovered in 2005 in the depths of the South Pacific Ocean and its hairy filaments are actually bacteria which, scientists think, it used to detoxify poisonous minerals from the water emitted by the hydrothermal vents where it thrives.

No casserole for this kind of crab. 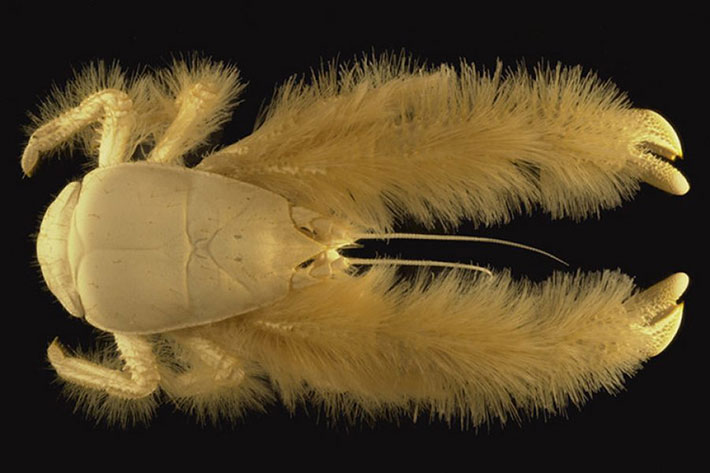 7. Superb Bird of Paradise:
I would not have the heart of putting this absolutely beautiful bird in a cage.

Contrary to human demographics, there are fewer females than males among the superb bird or paradise, prompting immense competition among the males to get a female’s attention (watch video).

8. Blob Fish
No, this is not Jabba the Hutt of the Star Wars movie series. But it could well be except that this roams around the depths of Australia, Tasmania and New Zealand.

Just over 30 cms, it lives at depths between 600 to 1,200 meters. Its flesh is made of gelatinous substance allowing it to float above the sea floor without expending energy for swimming.

In 2013, it was voted as the “World’s Ugliest Animal” and was made a mascot of Ugly Animal Preservation Society.

At least it earned an honor. 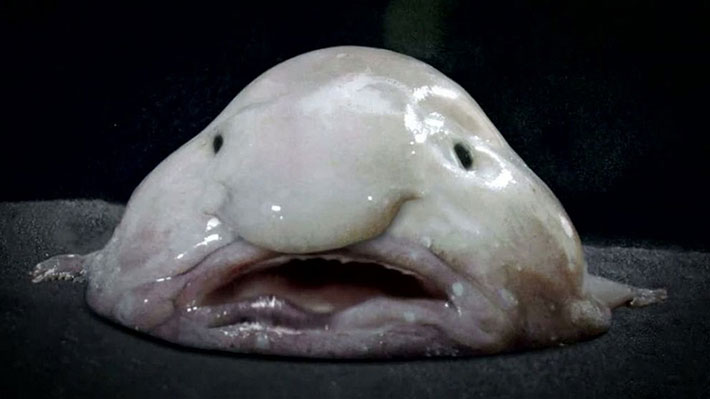 9.    Cantor’s Giant soft-shelled Turtle:
Because its habitat borders that of humans, this turtle species is endangered. It has virtually vanished Philippines, Laos and Thailand. Latest surveys, however, show that it is doing well in Cambodia.

This is a fresh-water turtle and spends 95% of its life buried add motionless, with only its eyes and mouth jutting out from the sand. It does surface twice a day to breath.

This dude would be difficult to find unless I dirty myself in the banks of the Mekong River. 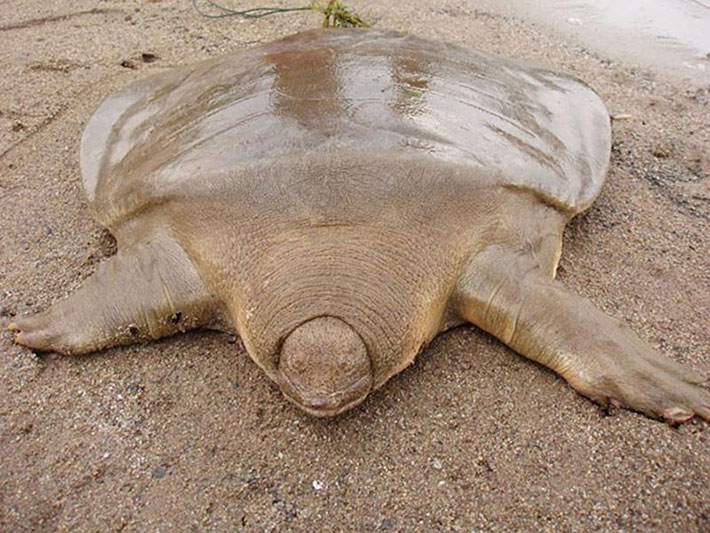 10.     Gobi Jerboa:
Gerboas are rodents very much like the rat with a difference. Appearance wise, it seems that Nature ran out of parts when making it and has to borrow from other animals, like the put-up car of Mel Gibson in Mad Max.

It has a tail disproportionately long for its size, though it has the body and head of a mouse, it has whiskers like that of a cat. It has big, round eyes of an owl and long ears like that of a jack rabbit.

And it has much longer hind legs than its front, allowing it to jump 3 meters, almost like a kangaroo, when pursued by a predator. 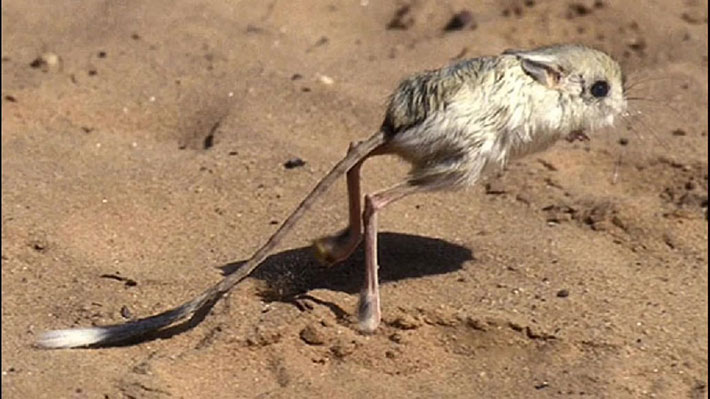 Nature is a phenomenon of all natural things that make up our world. As a phenomenon, it creates and destroys, makes beautiful, ugly, weird and strange things way beyond our comprehension.

Why it made these animals as they are, only Nature knows why.