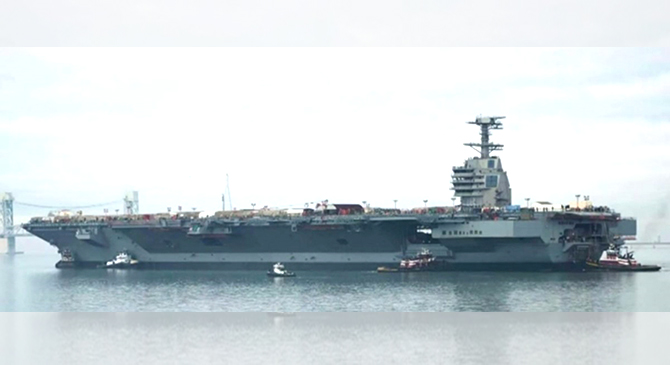 Meet the USS Gerald Ford, the lead ship of the new Ford-class aircraft carrier series, which according to CNN, will be joining the US Navy by February 2016.

Come take a closer look at this multibillion-dollar beast of a warship.

The USS Gerald Ford is expected to cost over $13 billion (by far the most expensive in history) by the time it is deployed. Once launched, it will also be one of the largest warships in the world.

The 1,092 feet long and 100,000-ton massive ship will feature several changes over the current Nimitz-class carrier. One particular advancement is that the Ford-class carriers will be capable of generating electrical power three times more than the older models.

Compared to the previous steam-powered launch systems, the Ford’s electrical power supply will allow it to use the newly designed Electro-Magnetic Aircraft Launch System (EMALS). This means the warship can launch 25% more aircraft a day. 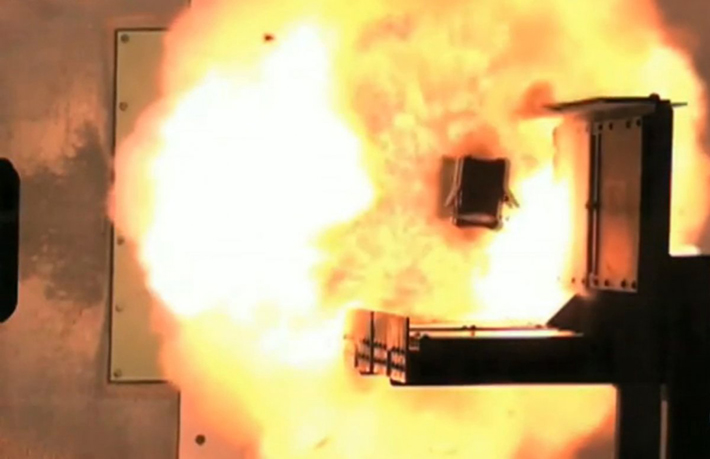 According to Business Insider, “The amount of electricity onboard also makes the Ford-class carriers ideal candidates to field laser and directed-energy weapons in the future, like rail guns and missile interceptors.”

The carrier is expected to carry F-35s and, once available, carrier-based drone aircraft.

The USS Gerald Ford (and the accompanying Ford-class carrier fleet) is intended to relieve stress and over deployment within the US Navy which currently operates 10 carries.