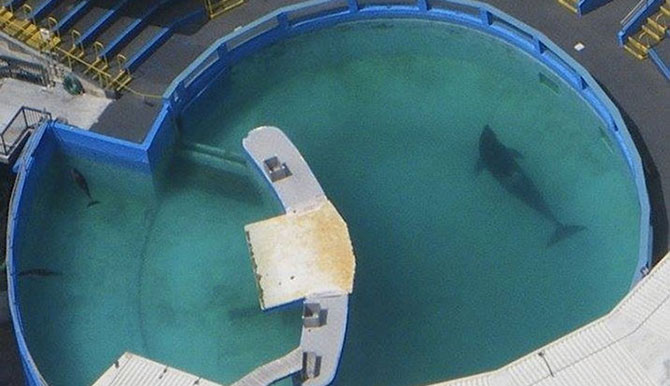 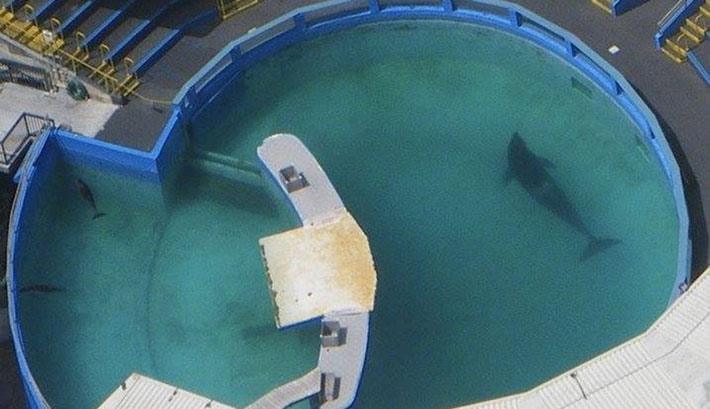 Lolita the orca was only four years old when she was captured in 1970 along with her siblings and cousins. They were sold to the Miami SeaQuarium for $6,000. Due to their captivity, their pods weren’t able to recover and are now endangered, numbered at only 81 as of July 1, 2015.

Lolita lives a solitary life, performing in daily shows for tourists. She is now 49 years old who has lived in the Miami SeaQuarium, in a tiny tank for 45 years. 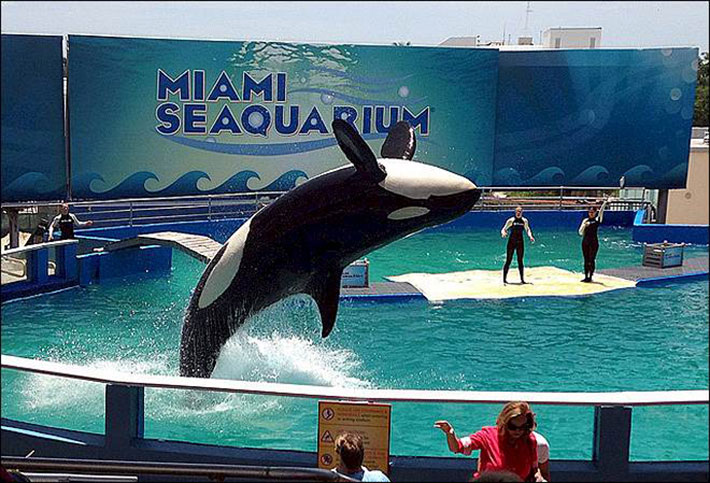 We heard a lot of controversy surrounding the living conditions of orcas housed at SeaWorld. But, comparatively, they’re actually better off than Lolita who lives in a minuscule tank — 35 feet wide and 20 feet deep.

Animal welfare advocates said that, to maintain psychological health and well-being of orcas, they need to have long-distance swimming in their lives. Orcas can swim up to 100 miles every day in the wild.

To put the size of her tank into perspective, here’s an aerial photo of SeaWorld Orlando and Lolita’s tank at Miami SeaQuarium. 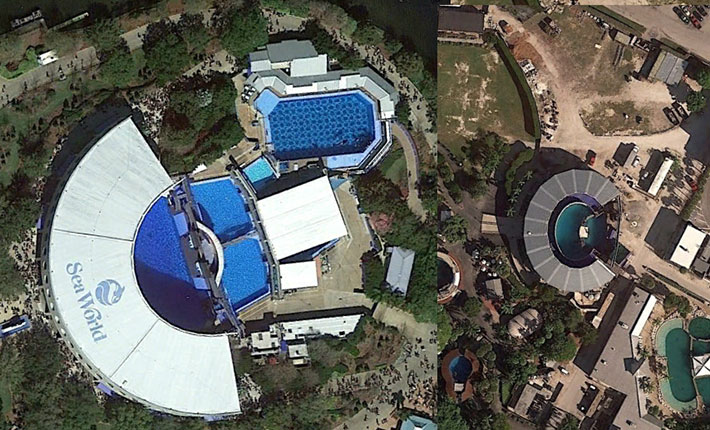 Orcas are incredibly sociable animals who develop emotional connections with their pod, ranging from 2 to 16 others. Lolita has not interacted or seen another orca since since 1980 when her mate Hugo died. She lives a life of solitude in a small tank.

Orcas living in the wild can live to be over 100 years old. The average life span living in captivity span is 13.

Thankfully, there’s now a movement taking place to help free Lolita from captivity. 45 years since her capture, the mayor of Miami Beach spoke in support of her release:

“Miami should be known as the beautiful, modern city that it is — not as the home of the smallest orca tank in North America. This endangered animal must be released as soon as possible from the appalling conditions at the SeaQuarium and moved to a sanctuary in her home waters.”

Tell us what you think in the comment section.