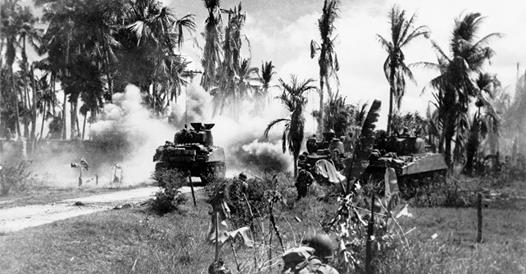 The Battle of the Philippines (or Operation Musketeer) began with the landing of the US 6th Amy on the beaches of Tacloban and Dulag, on the island of Leyte on October 20, 1944.

The power of the U.S. Navy supported the 6th Army. Upon learning of the landing of the US troops, the Imperial Japanese Navy attacked. But they seriously underestimated the strength of the US Navy, and the Japanese was defeated at the Battle of Leyte Gulf that lasted for over four days. The Imperial Navy lost four aircraft carriers, cruisers, battleships, and destroyers. This considerably weakened the Imperial Japanese Navy that it never fought a major battle again.

The 6th Army advanced east, supported by the 5th Air Force, and the Japanese forces rushed reinforcements to the island of Leyte. But it was the rainy season and the terrain was difficult. The Philippine guerrilla forces, under the leadership of Ruperto Kangleon, helped the American forces. The guerrillas blew up bridges, attacked enemy patrols, sabotaged supply lines of the Japanese and ammunition depots. They kept roads clear for American troops, and served as scouts informing them about Japanese troop movements. 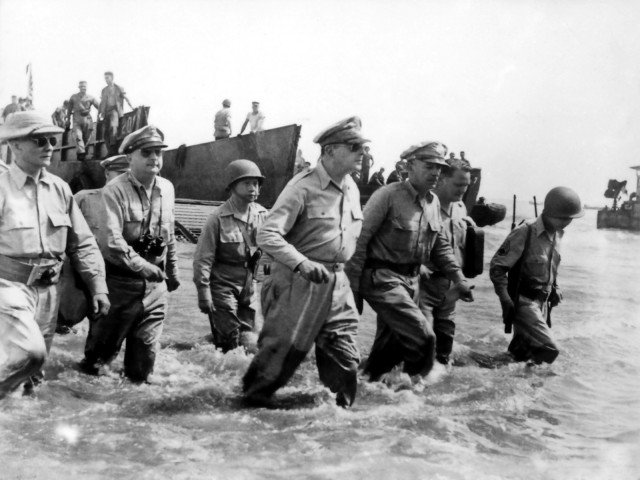 After fierce and bloody fighting, the 6th Army crossed the Leyte Island and was ready to invade the larger island of Samar. More terrible fighting continued for months on Leyte. The Americans cut off reinforcements to the enemy troops at the Battle of Ormoc Bay in December. Thankfully, in 1945, the Philippines was under the American control.