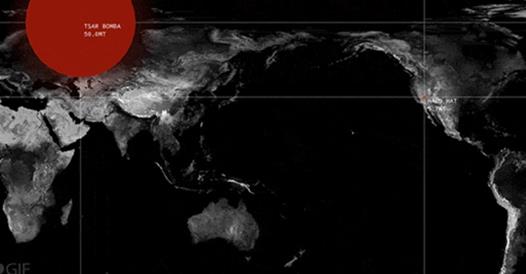 On July 16, 1945, the first nuclear weapon code named “Trinity” was detonated. Since then, there have been a staggering 2,153 nuclear detonations on our planet. Trinity, by Orbital Mechanics, is a chilling, detailed visualization that shows where every nuclear detonation occurred in chronological order. Watch! Legend: Atmospheric: red Underground: yellow Underwater: blue [wp_ad_camp_1]