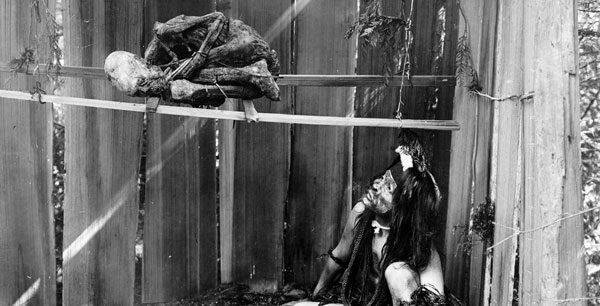 Kwakwaka’wakw man inside a board structure, curing mummy over smoke and coals of fire (1910) Photo credit: Curtis, Edward S., 1868-1952, “The drying mummy”, 1910 Among the Kwakwaka’wakw people of the Pacific Northwest, the Hamatsa were a secret society who exercised a ritual often called a “cannibal” ritual. There has been some debate as to … Read more