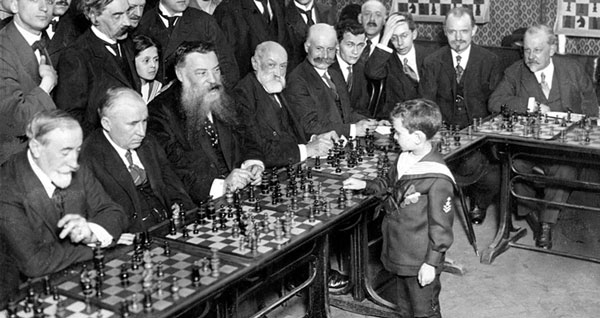 Reshevsky, at age 8, giving a simultaneous exhibition in France, defeating several chess masters at once (1920) Samuel Reshevsky learned chess when he was only 4 years old. He became known as a child chess prodigy and was playing simultaneous games of chess against adults when he was 6 years of age. At age 8 … Read more