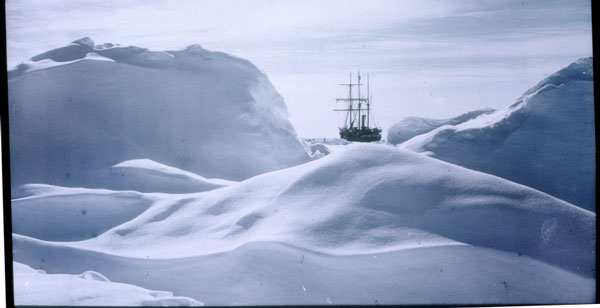 The heroic age of maritime explorers come to a crushing close on a remote island in the South Atlantic over a hundred years ago. Sir Ernest Shackleton and his crew had been trapped by pack ice since February, but on 27 October 1915, his ship, the famed Endurance, succumbed to the pack’s pressure. 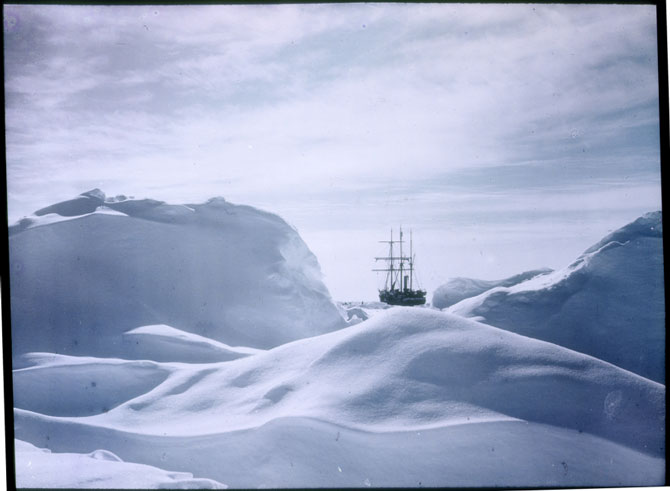 The crew survived on a drifting ice floe for six months before decamping onto a nearby Elephant Island, and eventually sending help to South Georgia (now part of Falklands). 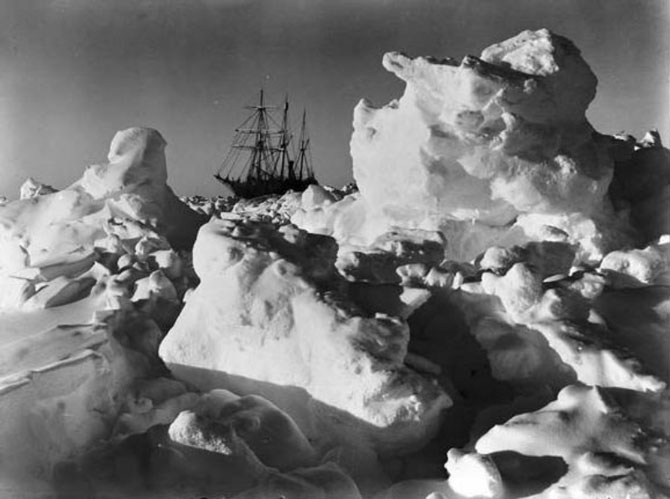 He had already been a hero to many, but this daring 720 nautical mile voyage in a ketch (named James Caird) from Elephant Island to South Georgia propelled Shackleton into the pantheon of great British explorers. 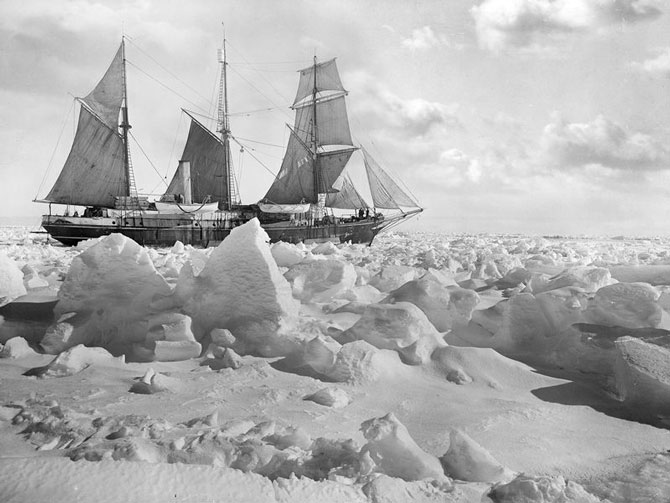 The Endurance had left Plymouth in August 1914 at the First World War, and Shackleton and the crew had offered their services to the war effort. The War Office replied with a single-word telegram: ‘Proceed’.

Since then, they had been out of contact with the wider world, and upon arriving at a Norwegian fueling station of Stromness on South Georgia on May 1916, Shackleton asked a question that was to elevate his voyage into an epic saga: “Tell me, when was the war over?” [The source here was Shackleton’s own panegyric account of his adventure, South!, so the story might be apocryphal]. 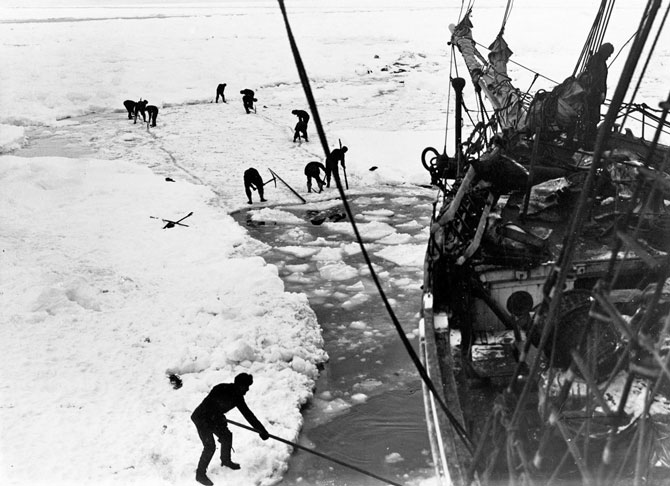 The voyage of Endurance and James Caird was helped on their way to fame by photos of Frank Hurley, the official photographer of this expedition (and many other polar adventures). 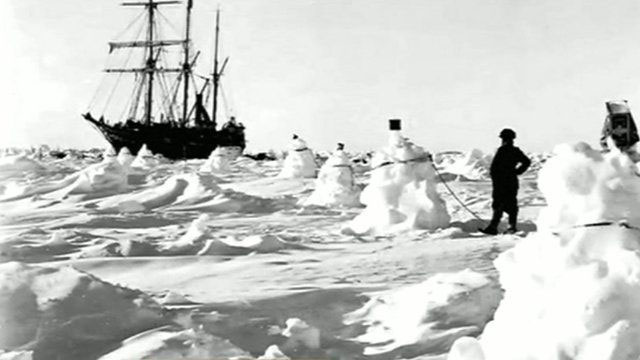 He produced both black-and-white and colour images of the expedition and later even produced a documentary film; Hurley chose unusual vantage points (climbing up into crow’s nest and yardarms) and was also not above restaging or tinkering with photos to make them grander. In order to stage icy breath and vapor come out of crew members’ mouth and ears, Hurley used cigarette smoke and rubber tubes.

Watch this 26-minute documentary of the Shackleton Expedition: The Greatest Adventures of All Time