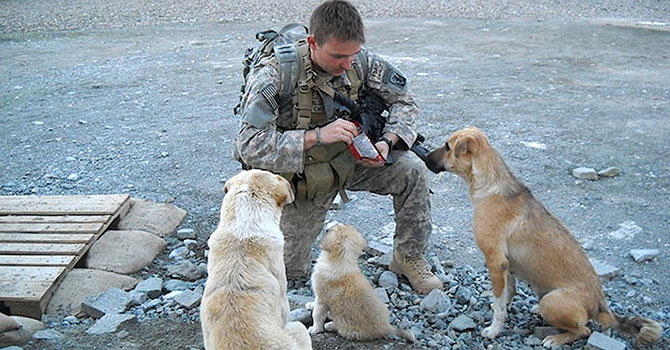 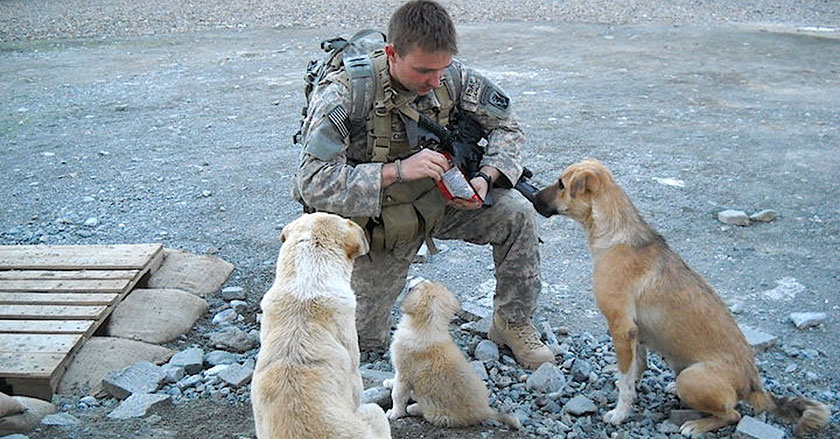 Sgt. Chris Duke was serving in Afghanistan when a suicide bomber tried to attack his base in the middle of the night. But Duke’s life and the lives of his fellow National Guardsmen were saved thanks to three stray dogs the soldiers adopted, named Rufus, Target, and Sasha — barking feverishly, blocking the suicide bomber and biting his leg. The suicide bomber was forced to detonate the bomb without entering the camp.