10 Scariest Train Rides In The World

Traveling by rail can be one of the most relaxing and most scenic journeys you could take. You’re sure in for a remarkable experience as you will be passing through postcard-perfect places. But don’t count so much on the “relaxing” part with these ten scariest train rides in the world. With zig-zagging tracks, vertical hills, narrow bridges over cyclone-prone locations, these train rides will get your heart pounding faster. Let’s start with…

Known to be one of the highest railways in the world, Tren a las Nubes (or Train to the Clouds) in Argentina, takes passengers 13,850 ft up to the breathtaking landscapes of the Andes Mountain Range. 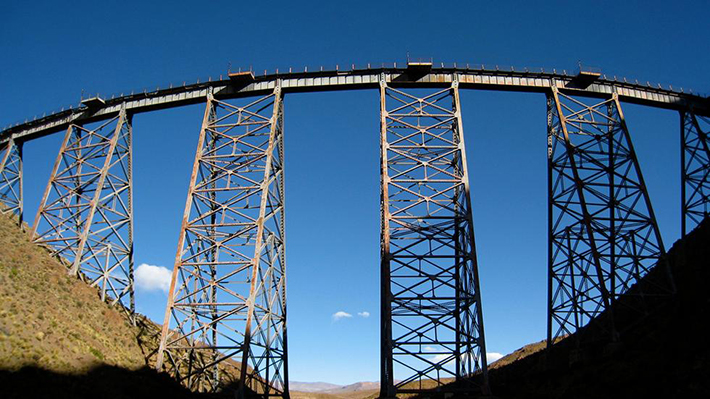 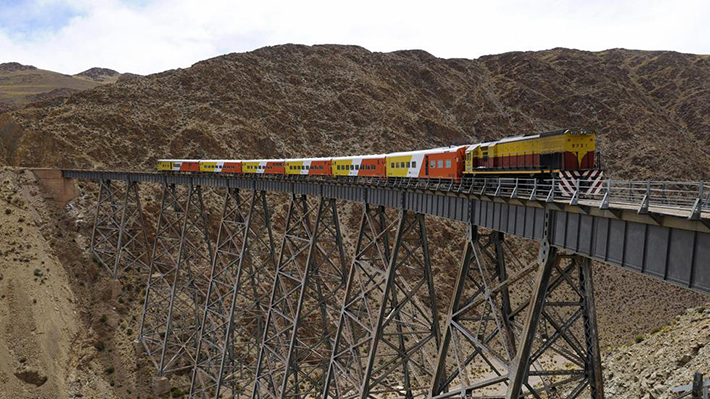 The approximately 16-hour trip leaves from the province of Salta (lowest point) to the La Povorilla Viaduct (the highest). The vertigo-inducing train ride passes through 29 bridges, 21 tunnels, 13 viaducts, two spirals, and 2 zigzags. 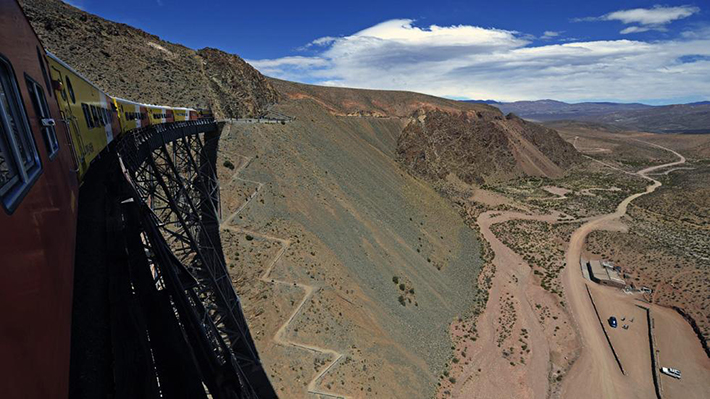 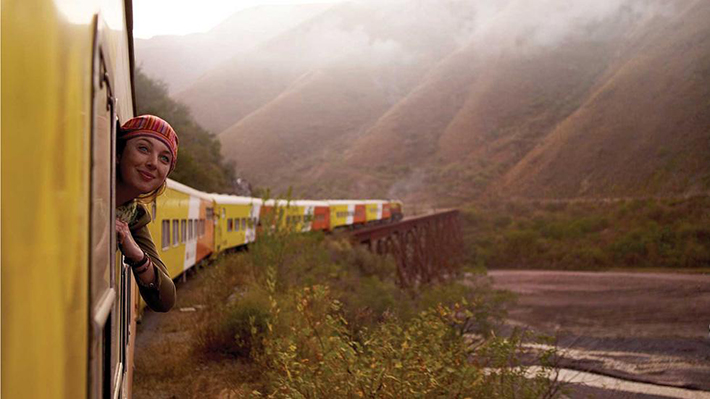 Also called “the railway built of gold”, the White Pass and Yukon Route Railroad was built in 1898 during the Klondike Gold Rush. The narrow-gauge railroad connects the port of Skagway, Alaska to Whitehorse, Yukon. 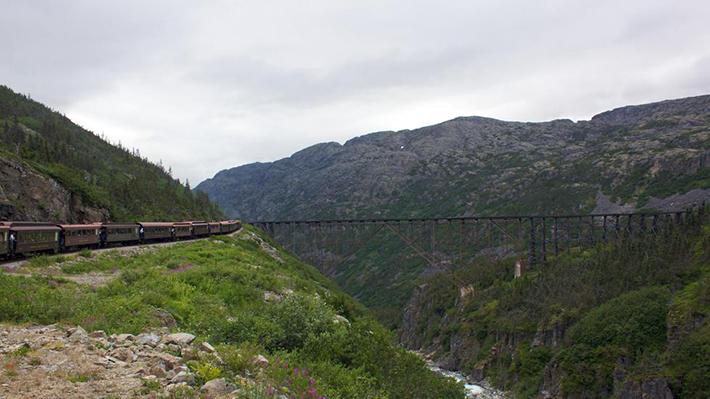 The trip takes you on one of the most scenic in the world as you will be riding on the vintage-style cars while enjoying breathtaking views of mountains, gorges, glaciers, and waterfalls. That, of course, comes with a price in the form of cliff-hanging turns and steep climbs – almost 3,000 ft in just 20 miles. 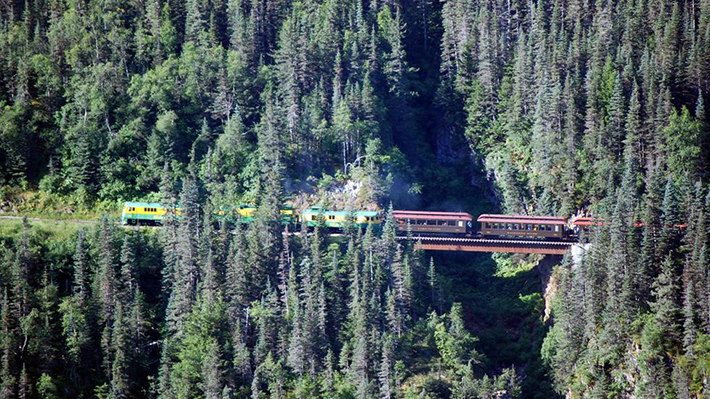 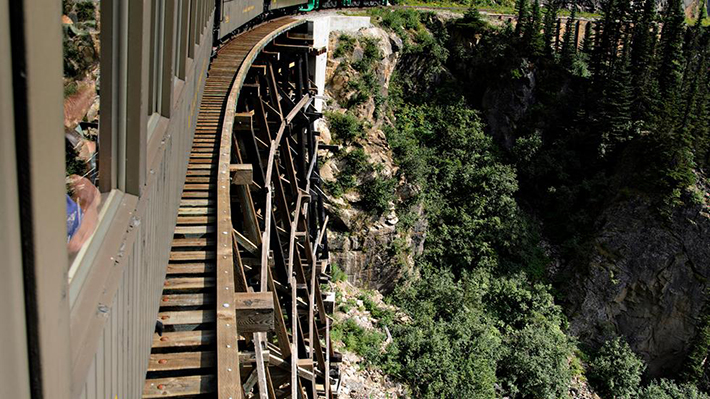 The main route to the town of Rameswaram, a holy Hindu site in Pamban Island, India will take you on an unforgettable train-over-sea ride aboard the Rameswaram Express, across the Pamban Bridge. The 6,776-feet-long railway bridge is considered the pride of the Indian railways. 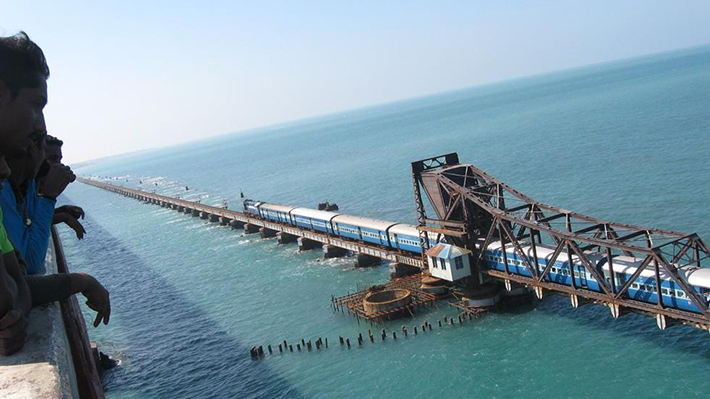 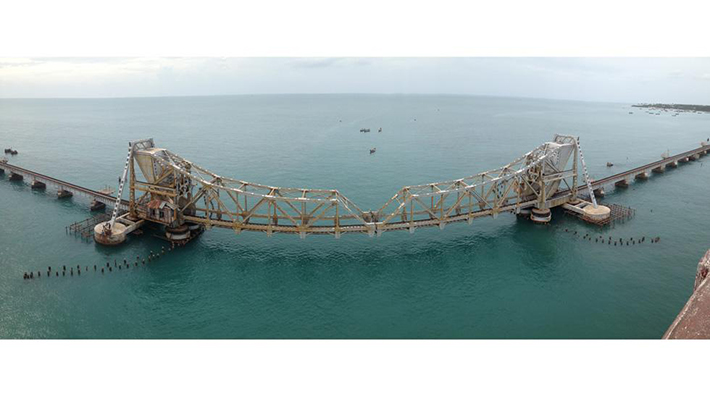 Pamban bridge is located in a cyclone-prone, high wind velocity zone which regularly weathers gusty winds. According to the newspaper, The Hindu, a cyclone in 1964 wiped out the town of Dhanushkodi and also caused tidal waves that washed away a train on the bridge. 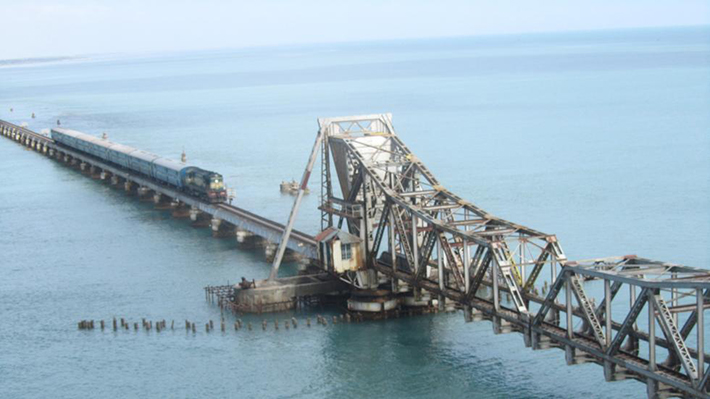 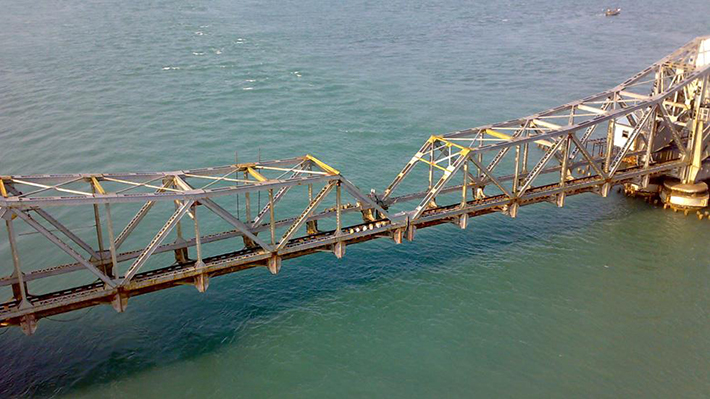 Quteniqua Choo-Tjoe is an officially preserved railway in South Africa. Its route offers passengers a spectacular 42-mile ride on the Garden Route with scenic views of the Indian Ocean. 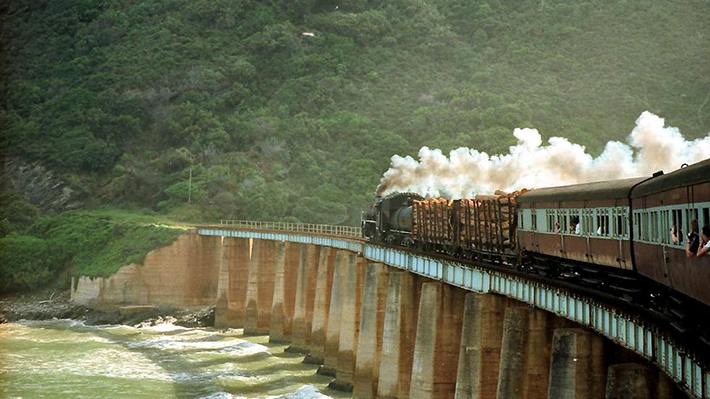 “The railway crossed the Gwaiing and Malgate rivers, winded its way to the Malgate Valley, plunged into a cutting, snaked through a tunnel, and offered beautiful views of seaside resort towns.” 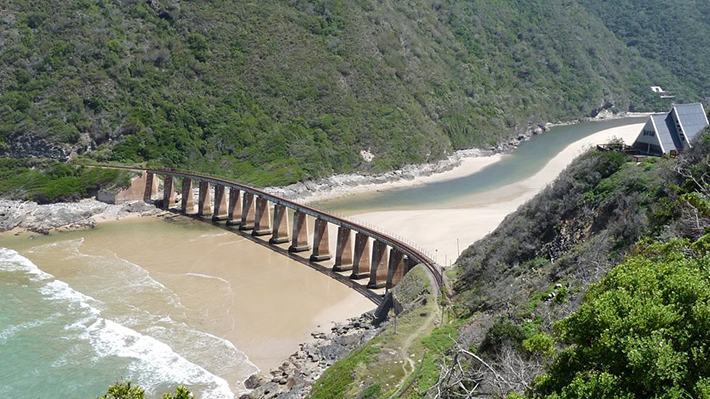 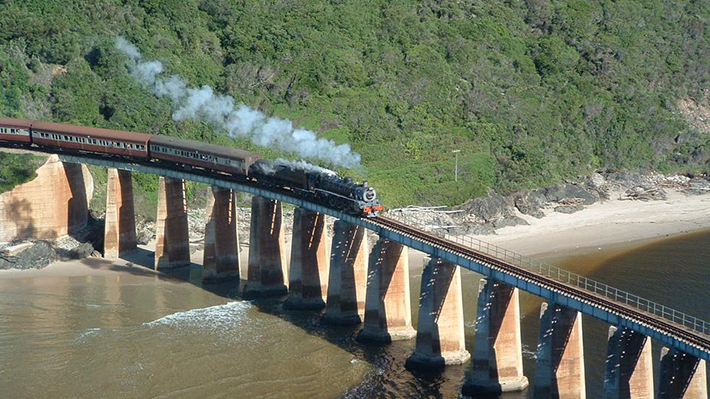 Japan’s Minamiaso Railway runs along the southern part of the Mount Aso caldera in Kumamoto. The train ride may be short but it follows a scenic trail with views of sometimes-smoldering Mount Aso volcano, and runs across the Tateno Bridge, which offers heart-stopping views of mountains and forests. 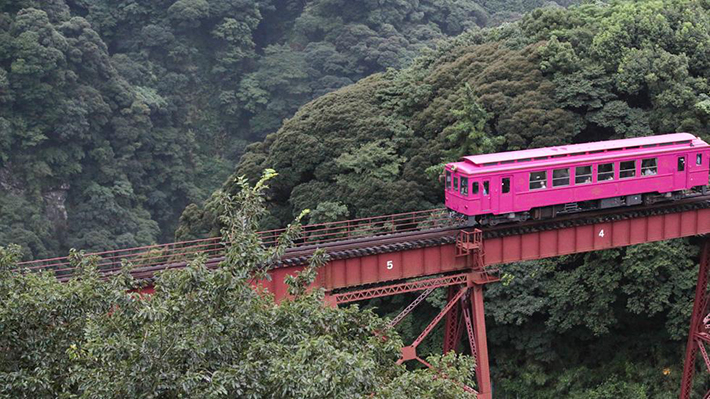 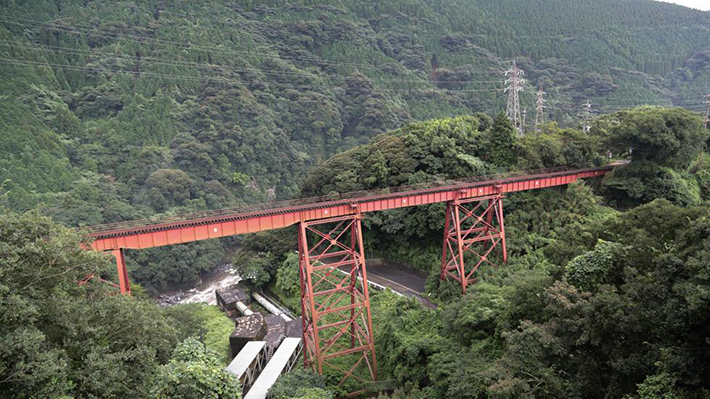 The Georgetown Loop Railroad is located in the Rocky Mountains in Clear Creek County, Colorado. The 4.5 mile-long route ascends an elevation of 640 ft, passing through mountainous terrain. 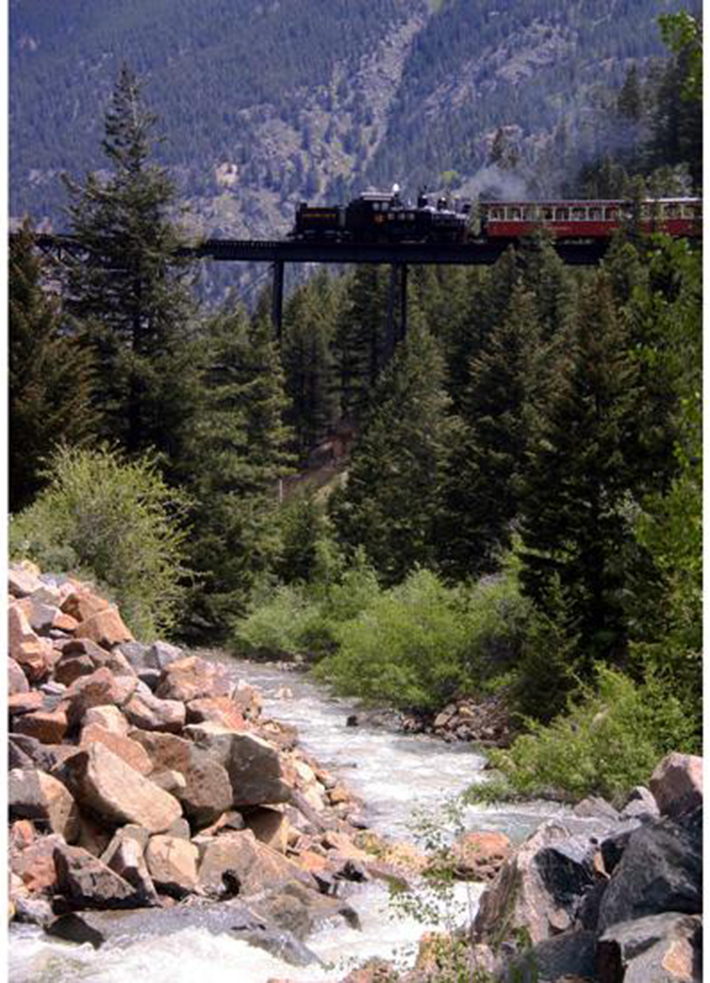 The railroad connects the towns of Georgetown and Silver, Plume, which lie two miles apart in a steep, narrow mountain canyon, which is mainly responsible for the railroad’s “corkscrew” route design. 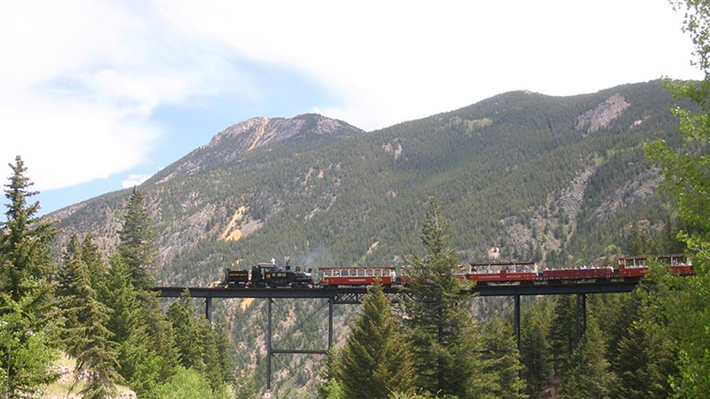 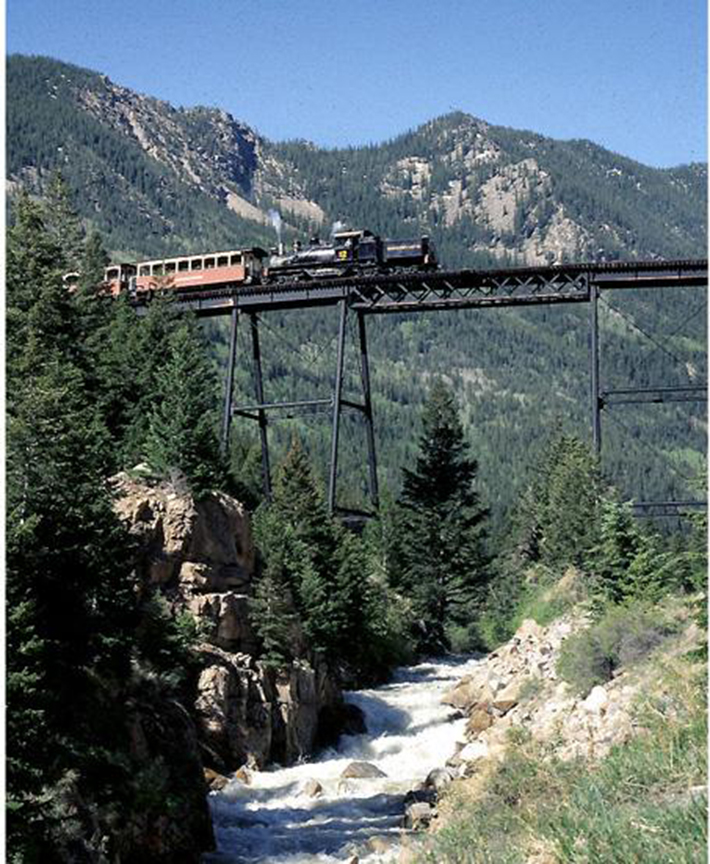 The Kuranda Scenic Railway is considered one of Australia’s most amazing feats of engineering. Built in 1891, the 23-mile line takes passengers on a scenic route that slices through the rainforest, past picturesque waterfalls, and across steep ravines to get from Cairns, Queensland, Australia to the nearby town of Kuranda. 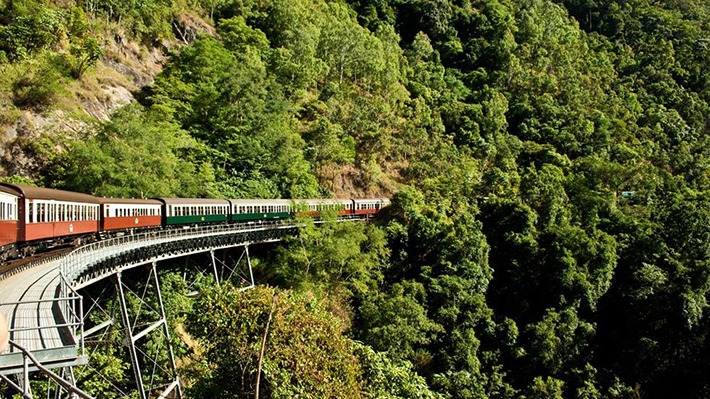 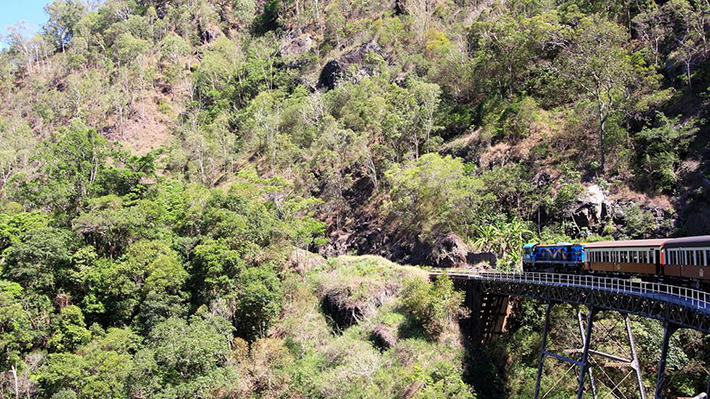 Unique attractions along the way, including bustling markets, Bird World (internationally renowned Rainforestation), and the Australian Butterfly Sanctuary makes up for the hair-raising ride. 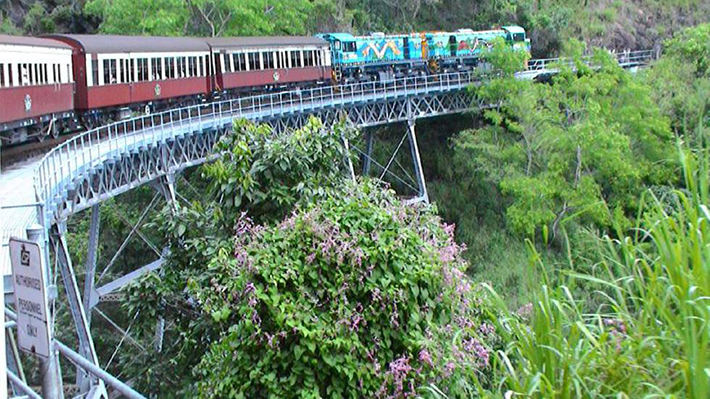 The Nariz del Diablo or ‘Devil’s Nose’, offers a short journey to the Ecuadorean Andes. Considered one of the steepest rail trips in the world, the train passes through dramatic and treacherous routes from Alausi to Sibambe, as it zigzags down the mountain Nariz del Diablo, descending from a steep 7,545 ft to 5,905 ft above sea level. 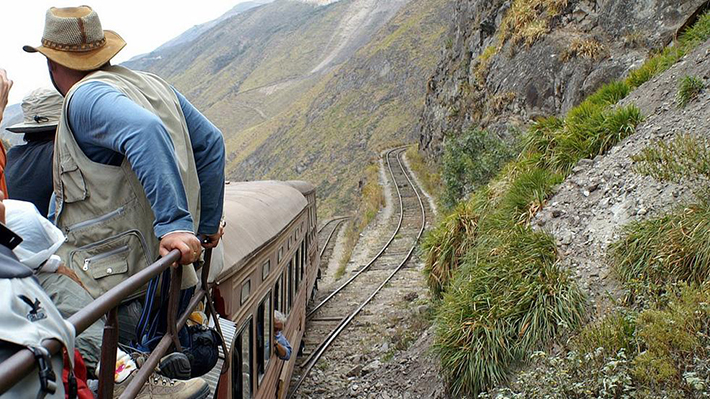 Passengers used to ride on the train’s roof to enjoy the best views of mountains, rivers, and colorful villages. However, this is no longer allowed due to accidents. 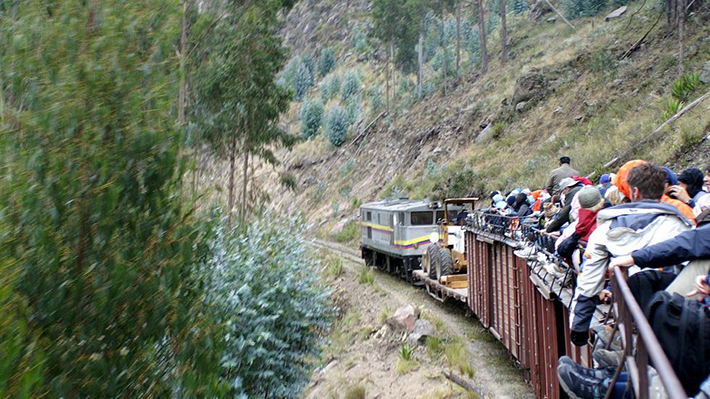 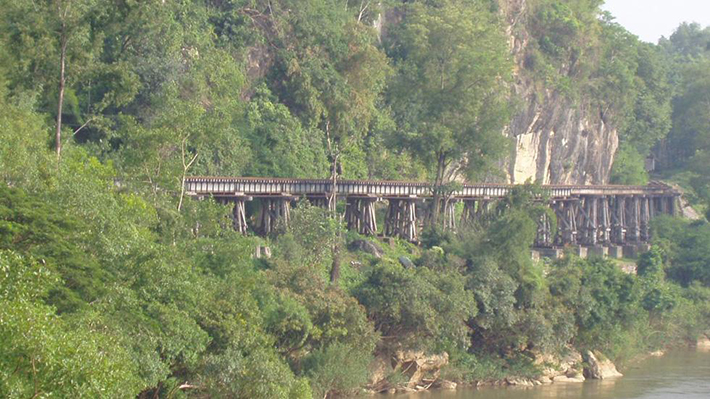 The railway’s most famous portion is the bridge over the River Kwai or Bridge 277, which was built over a stretch of river, then known as part of the Mae Klong. According to the Telegraph, a ride on a surviving section of the route (rickety wooden bridges on sheer cliffs) is now a popular tourist activity. 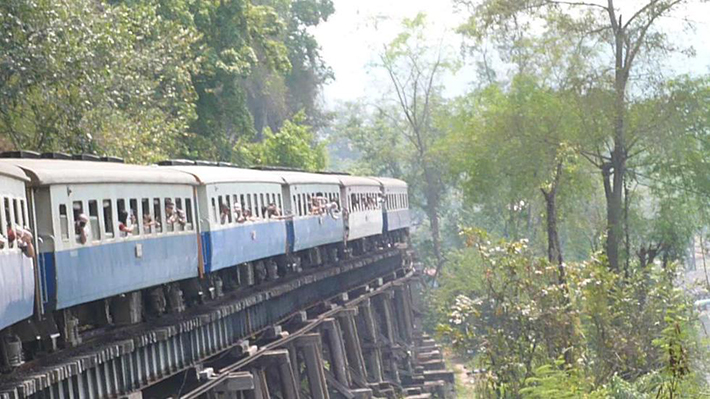 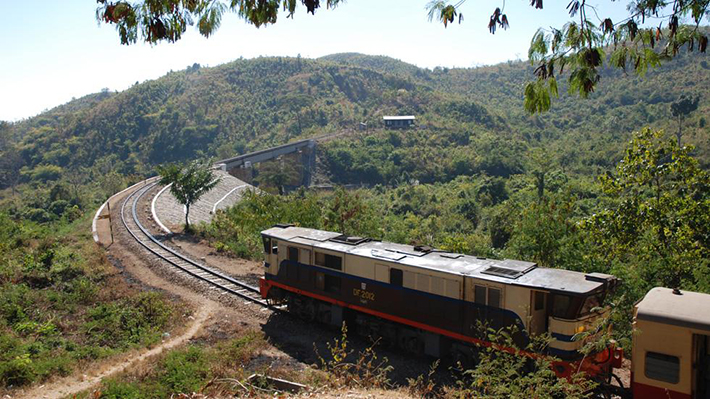 Harry Potter fans won’t have a hard time recognizing Scotland’s Glenfinnan Viaduct. Built in 1898, the viaduct is located at the top of Loch Shiel in the West Highlands of Scotland. 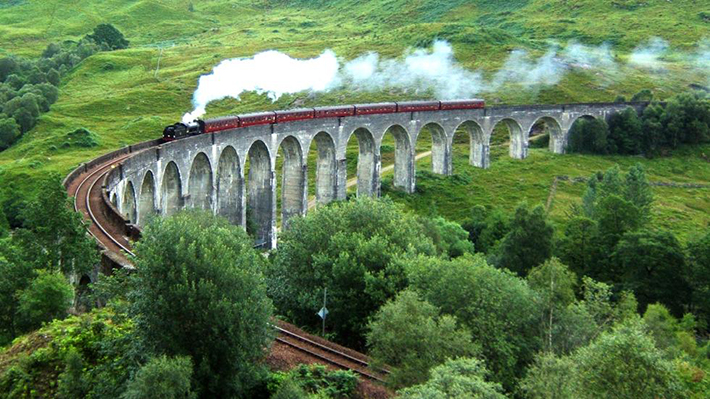 It stands almost 100 feet above the ground, overlooking the Glenfinnan Monument and the waters of Loch Shiel. 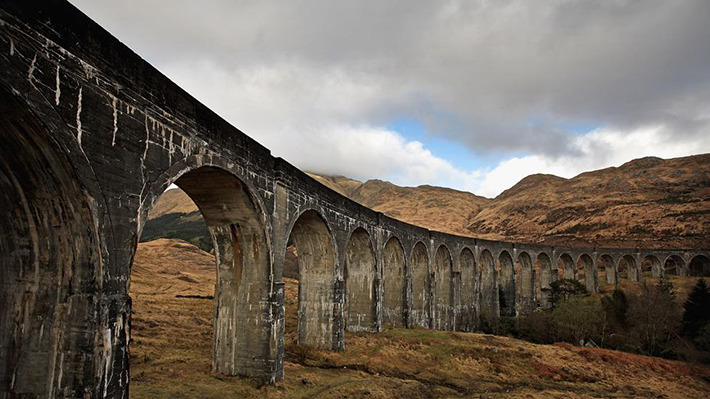 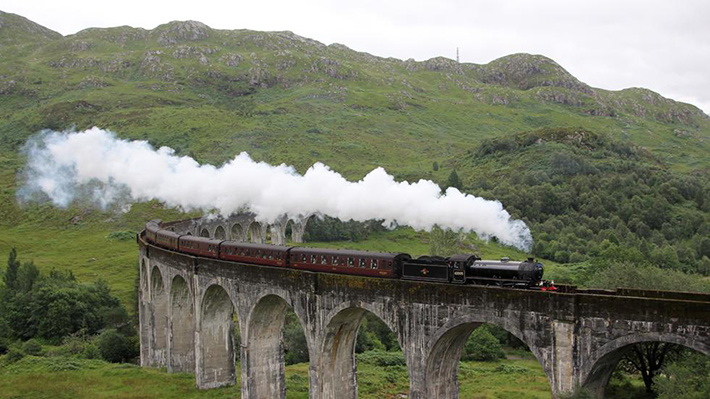