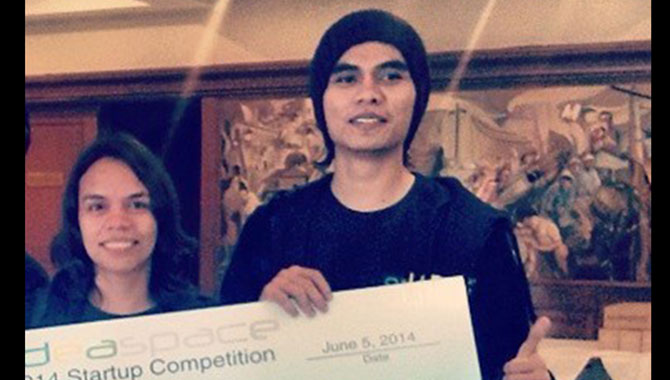 The idea is so simple, yet kind of genius. With just a few strips of metal, table salt and tap water, or seawater, their brilliant invention can bring light to millions of homes that don’t have electricity, and can’t afford gas.

Thanks to sister-brother team Aisa and Raphael Mijeno in the Philippines, thousands of underprivileged families in the country, especially those living in rural communities that don’t have access to electricity can now benefit from their brilliant invention: this lamp.

It looks like any ordinary handheld lamp. But it has one huge difference. This lamp requires no fuel. All you need is a few strips of metal and salt water, and you will have this bright lamp that can run for eight hours.

Aisa Mijeno came up with the idea while working for Greenpeace in one of the rural communities in her country where residents use kerosene-powered lamps as primary light source. She also saw them trekking nearly 50 kilometers to the nearest town along jagged paths to buy kerosene for their wick-type lamps, as many in those communities don’t have access to transportation.

She realized this was a major problem that needed a solution.

“That’s when the SALt Lamp was born,” Aisa told WSJ. “My vision was to solve this problem for the 16 million Filipinos who have no access to electricity—those in the mountains, on small islands, people off the grid.” 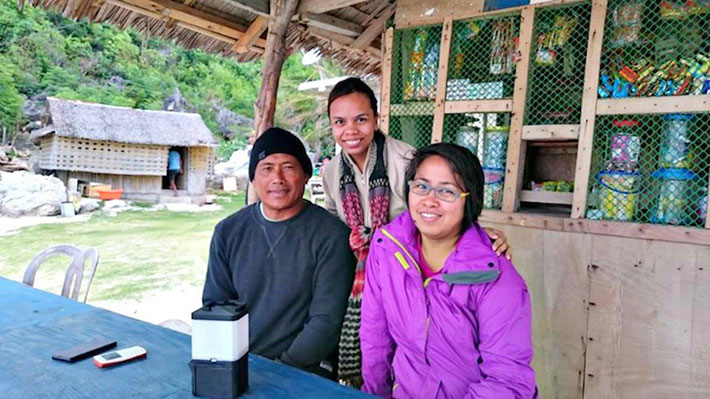 “The planet is three-fourth ocean water,” Aisa said, “What is the best way to solve our energy shortage other than using the abundant natural resource that we have? The science behind this has been existing for a hundred years, I’m not really sure why people deviated from developing this principle.”

Communities living in remote villages in the mountains can use the lamp using one glass of water and two teaspoons of salt. “In the Philippines, even in [low-income households], you will surely find three things: water, rice, and salt,” Aisa’s brother Raphael said.

“Our invention mainly uses the principles of electrochemistry. It simply makes use of two different elements submerged in salt-water solution to produce ample amount of electricity,” Aisa said.

The lamp is also versatile. People living in inland villages can use homemade saline solution to power it. Those in coastal areas can simply use ocean water. Unlike kerosene lamps, which are a fire hazard, the salt water lamps can safely be set up inside the home.

In this photo, Aisa and Raphael Mijeno, and Oscar Bryan Magtibay, an electrical engineer, are holding an oversized check they received for winning the IdeaSpace Philippines start-up competition. 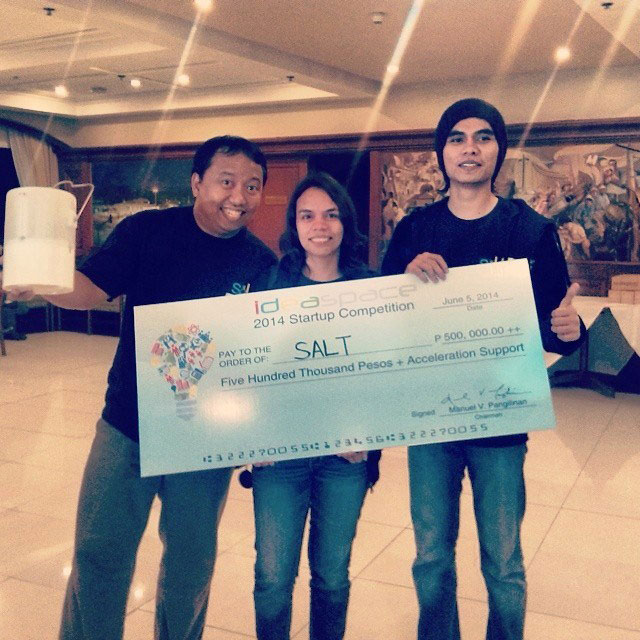 Aisa and Raphael’s Sustainable Alternative Lighting (SALt) company is one of several promising Philippine startups that provide solutions to everyday challenges of people in developing countries.

The SALt lamp even comes with a USB port that you can use to charge your smartphone.

The lamp’s electrode rods have to be replaced roughly twice a year, but it’s still more convenient and cheaper than buying gas for a traditional kerosene lamp.

Aisa and Raphael Mijeno has big goals. They hope to build a salt-water-powered generator in the future that can power a whole house. Or perhaps even bigger than that — a salt water power plant.

For now, they are getting ready to hopefully put the salt-water powered lamps into mass production, which could benefit thousands of underprivileged families in the Philippines, and potentially millions of families around the world.