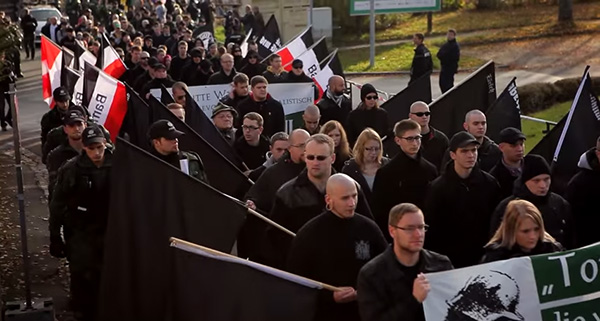 No one can stop these neo-Nazis from marching in this small Bavarian town of Wunsiedel. So the small community decided to fight back in a hilariously perfect way.

“For every metre they walked,” according to Heeb Magazine, “€10 went to a programme called EXIT Deutschland, which helps people escape extremist groups.”

When the neo-Nazis slowly realized what the local residents just did, it’s already too late. The anti-semitic marchers just raised more than $12,000 that will go to programs fighting to put an end to neo-Nazis.