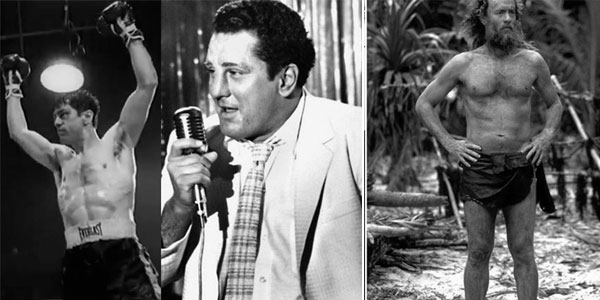 The history of film began in the 1890s. Since then actors and actresses have been pushing the limits to insane lengths to transform their physical image for movie roles.

If you’re an actor or actress in Hollywood, being asked to gain or lose a ridiculous amount of weight in a short period of time (basically putting health on the line) is just part of the job.

1. Christian Bale drastically dropped down to 121 pounds for his role in The Machinist. He was losing 63 pounds in 4 months before doctors told him to stop because they thought he was near death. 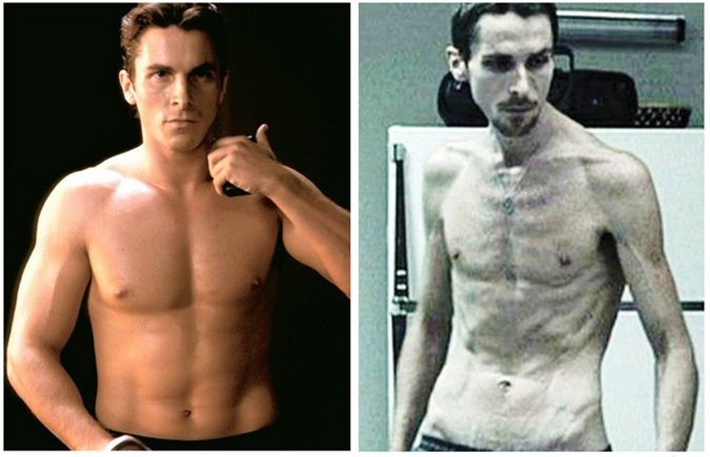 2. Natalie Portman lost 20 pounds to play a ballerina in Black Swan. She trained 5-8 hours a day and ate next to nothing. She was quoted saying she “literally thought she was going to die”. 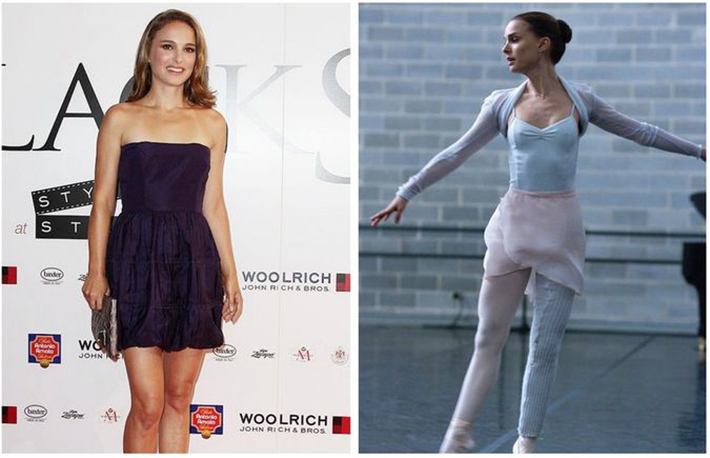 3. Before losing more than 50 pounds for his role in Dallas Buyers Club, Jared Leto went on to gain nearly 70 pounds to play a mentally ill killer in Chapter 27. 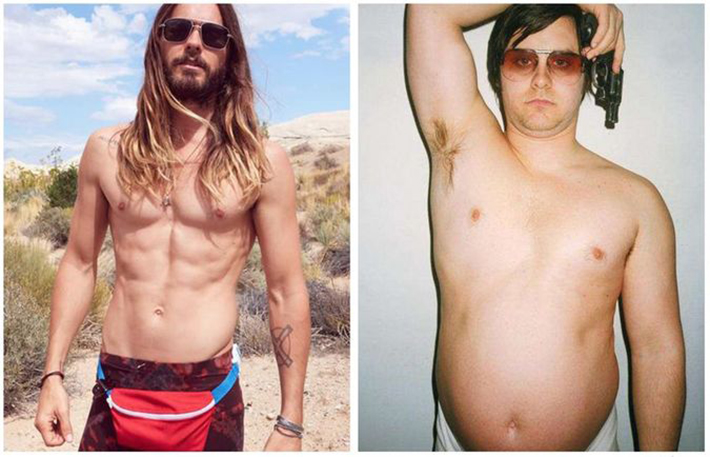 4. Matt Damon lost 40 pounds to play a drug-addicted veteran in Courage Under Fire. He was placed on medical supervision for 7 months after filming as a result of such a dramatic loss. 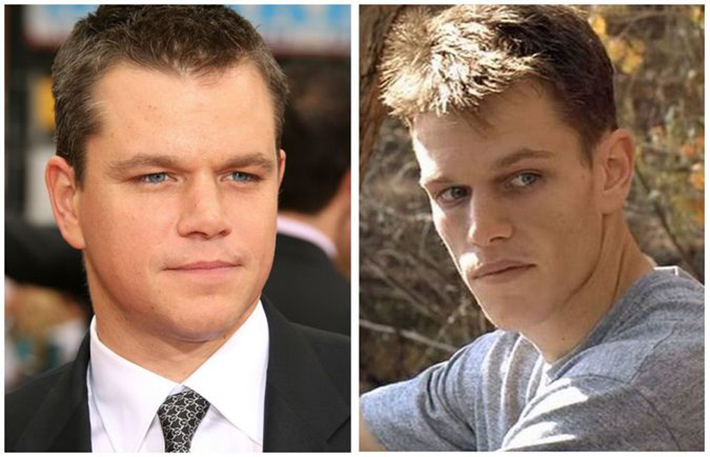 5. To be convincing as a man dying of AIDS in Dallas Buyers Club, Matthew McConaughey lost 47 pounds in about 6 months. 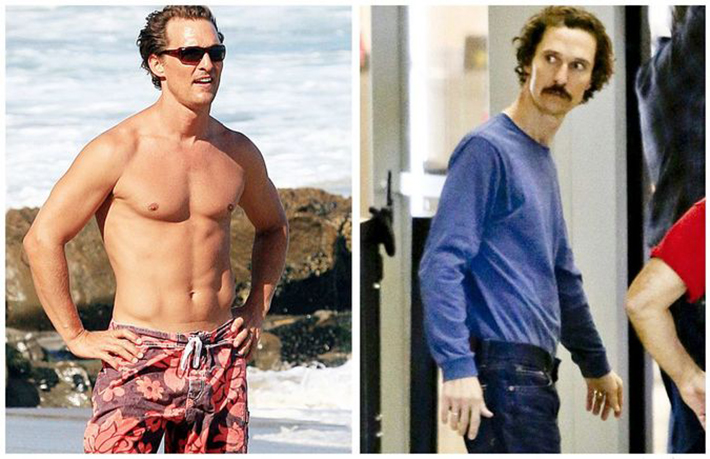 6. Mila Kunis lost 20 pounds for her role as a ballerina in the Oscar-winning movie Black Swan. 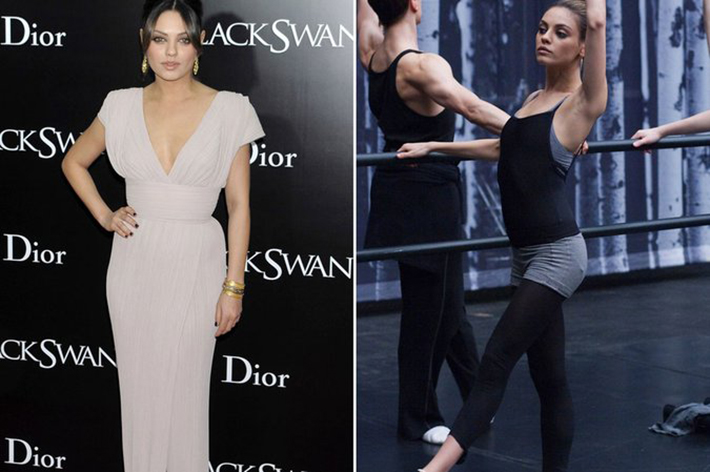 7. Rapper 50 Cent went from 214 pounds down to 160 pounds by running for three hours a day and existing on a purely liquid diet. All that to play the role of a football player who succumbs to cancer in Things Fall Apart. 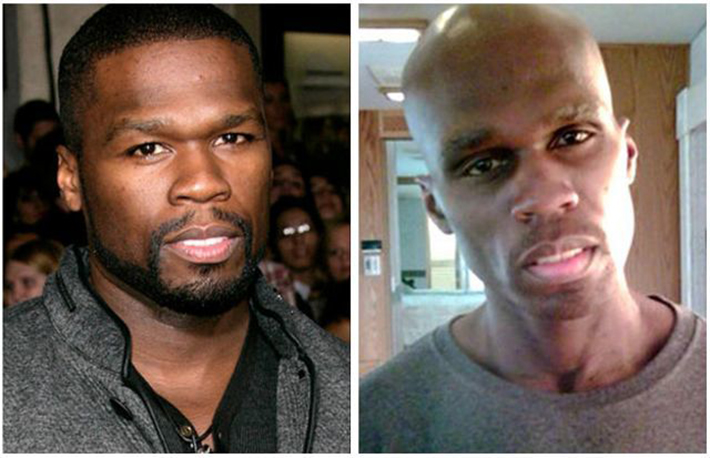 8. For her role as a starving prostitute in Les Miserables, the already slim Anne Hathaway had to drop an additional 25 pounds. She was quoted saying she “feared she would collapse”. 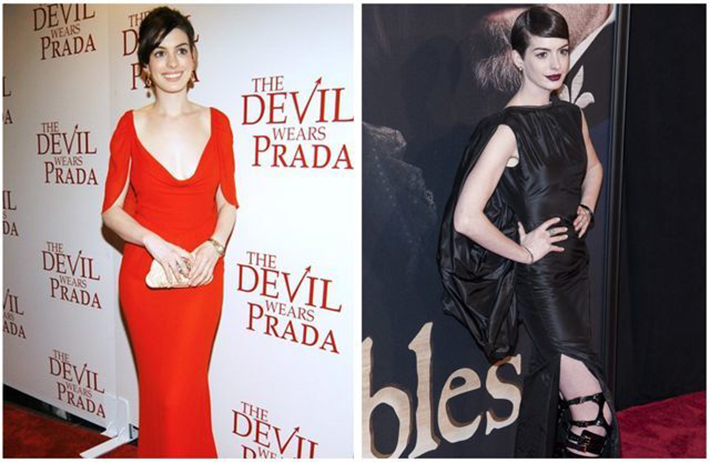 9. Charlize Theron had to pack on 30 additional pounds to convincingly play the serial killer Aileen Wuornos in Monster – a role that won her an Oscar. 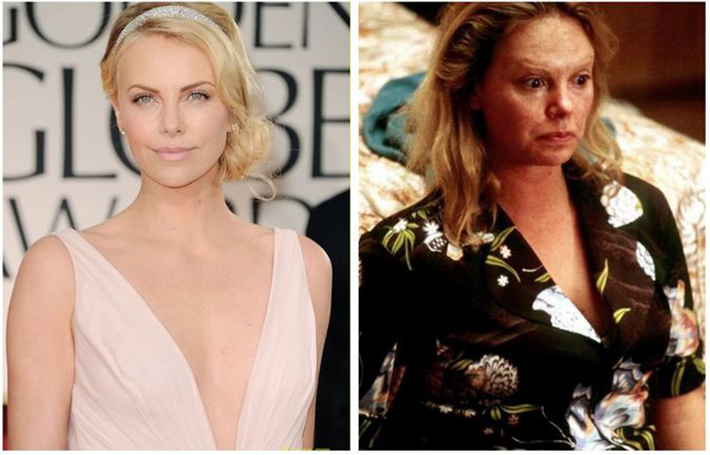 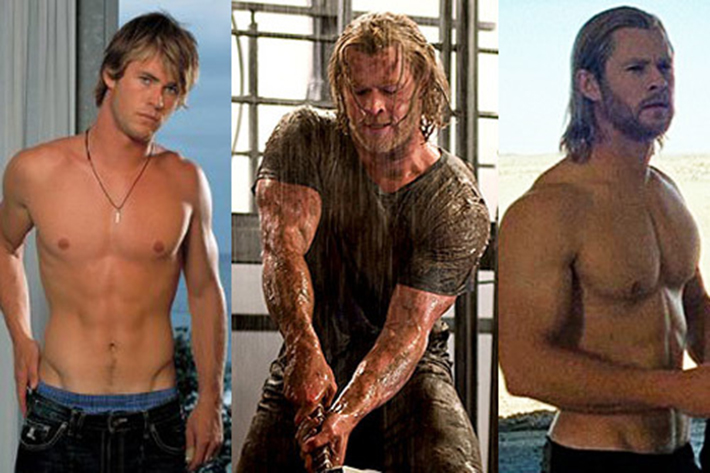 11. Over the course of filming Raging Bull, Robert De Niro got ripped to play Jake La Motta before stacking on 60 pounds to follow his character’s bloating and decline. 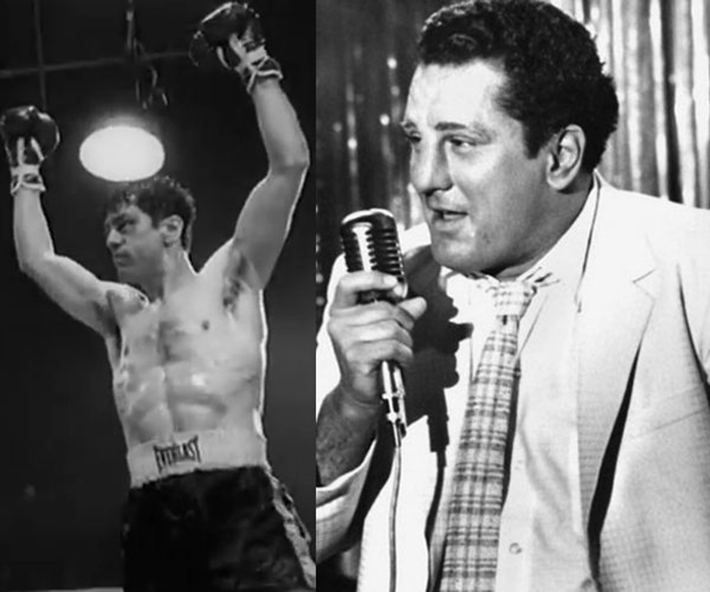 12. For his role in The Five Year Engagement, Jason Segel was told he had to drop 35 pounds so it would be convincing that Emily Blunt’s character would find him attractive. 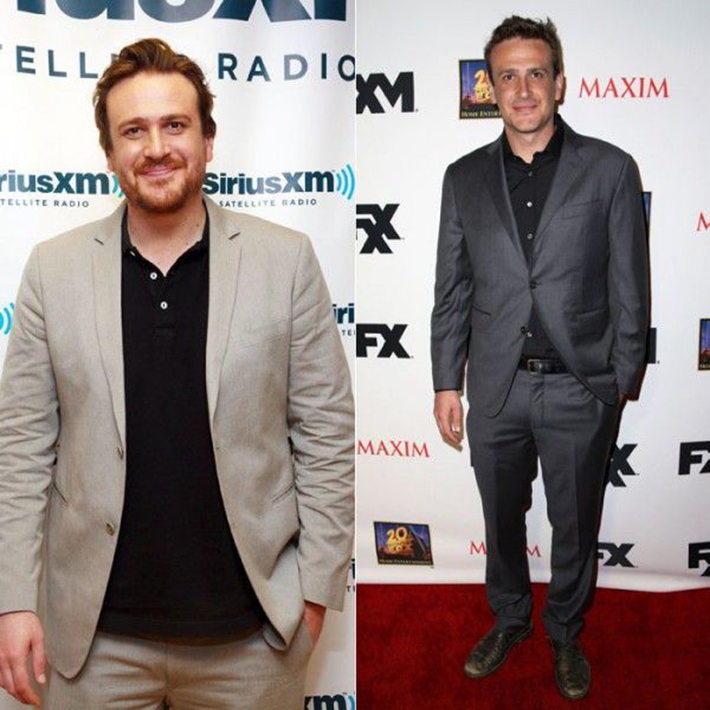 13. After spending years as the cuddly Andy on Parks and Recreation, Chris Pratt lost 60 pounds and gained some serious muscle for Guardians of the Galaxy. 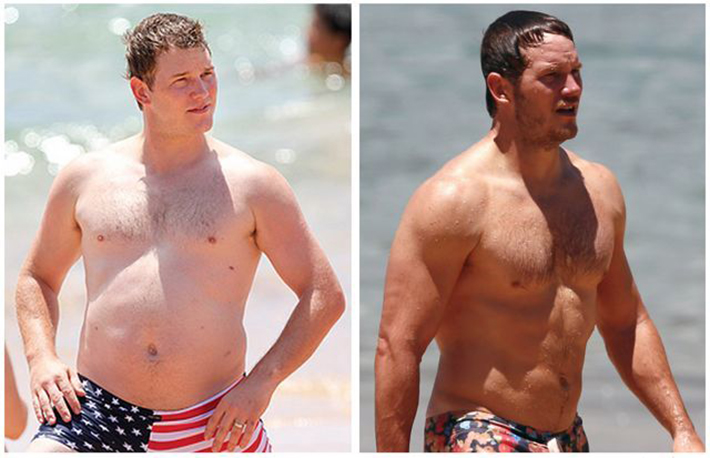 14. Jonah Hill dropped 40 pounds in 2012 to prepare for his role opposite Channing Tatum in 21 Jump Street. 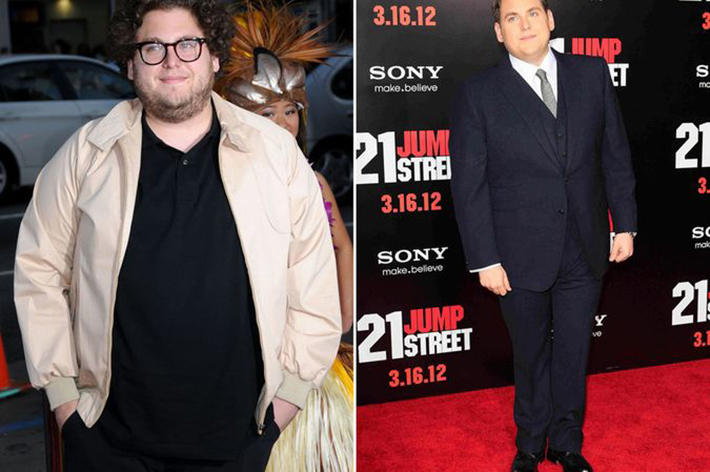 15. For his role in 300, Gerard Butler gained 20 pounds of solid muscle mass to play the role of a warrior. 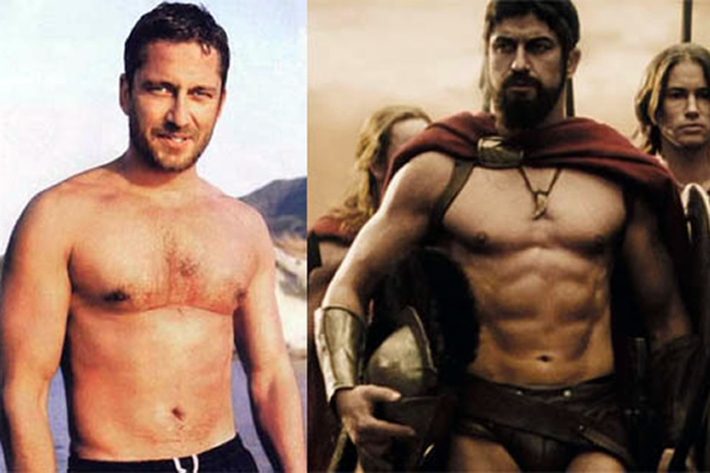 16. To bulk up for the cuddly Bridget Jones, Renee Zellweger “gorged” herself to gain 30 pounds and refrained from all physical activity. 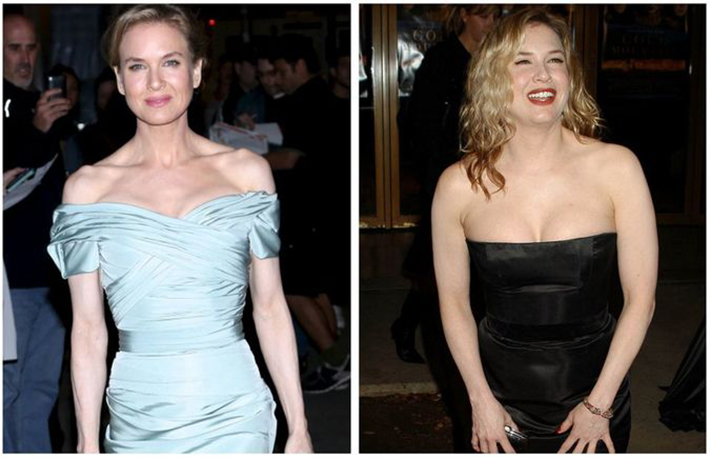 17. George Clooney ate bowl after bowl of pasta for 30 days to gain 30 pounds for his Oscar-winning role as a CIA agent in Syriana. 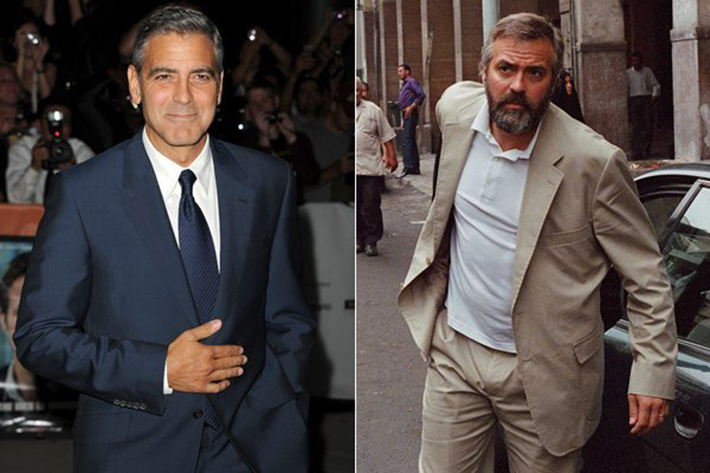 18. Tom Hanks didn’t exercise and allowed himself to grow pudgy to make himself an average, out-of-shape, middle-aged man. Production was then halted for a year so he could lose 50 pounds and grow out his hair for his time spent on the deserted island for the movie Castaway. 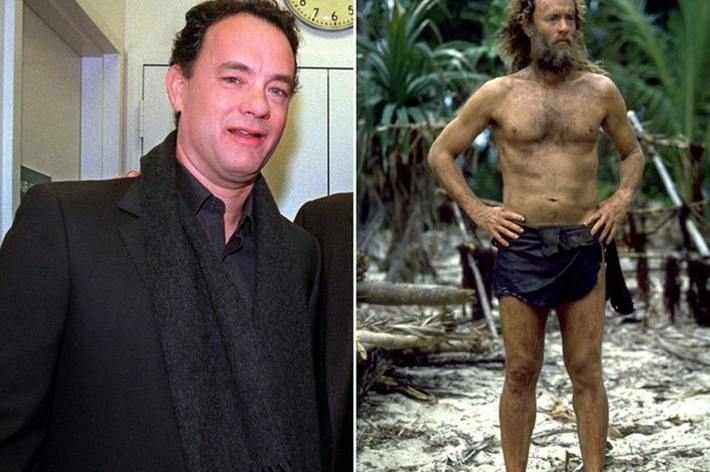 19. By training for five months with the same trainer Daniel Craig used for the Bond movies, Matthew Fox lost 40 pounds and got ripped to play a killer in Alex Cross. 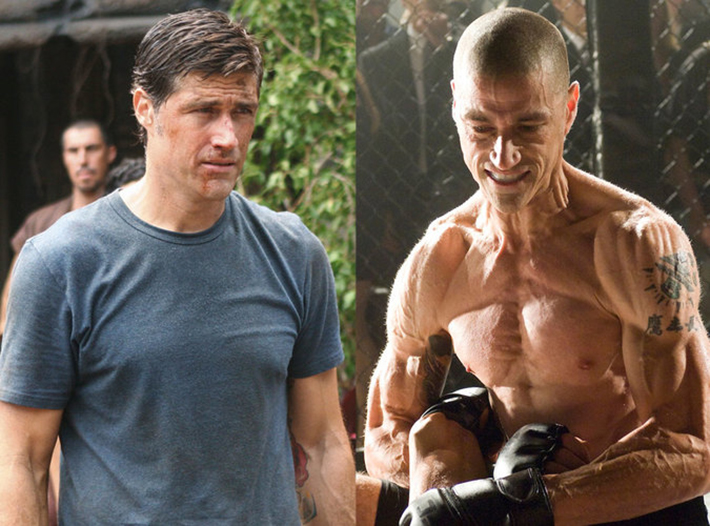 20. Russell Crowe gained a whopping 63 pounds for his role as a CIA agent who let himself go in Body of Lies. 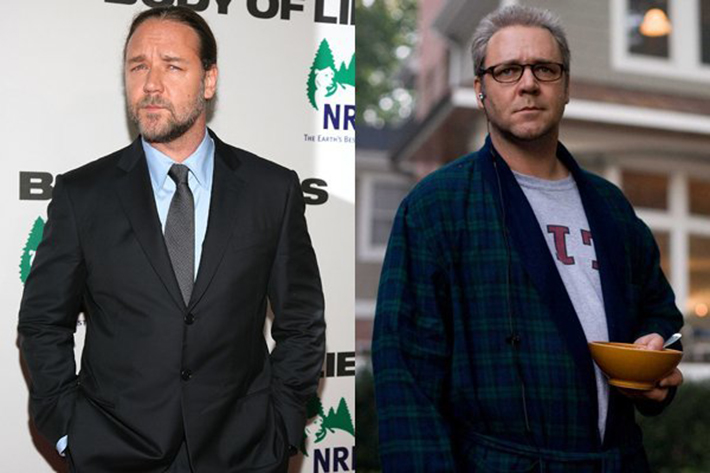 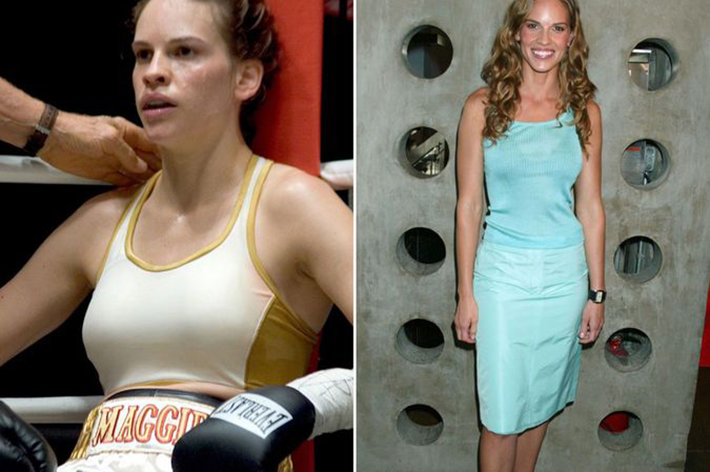 22. To become the violent British prisoner Charles Bronson in Bronson, Tom Hardy packed on 43 pounds in just over five weeks by eating massive quantities of food and training with an ex-U.S. Marine. 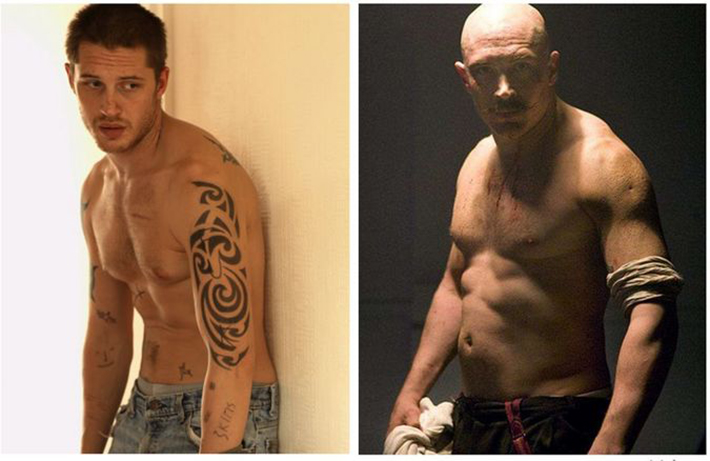 23. After dropping 30 pounds for his role in Nightcrawler, Jake Gyllenhaal went beyond buff for his role in Southpaw by gaining all that weight back (plus 15 more pounds of muscle). He did that by spending six months in the gym training just like a prize-winning boxer. 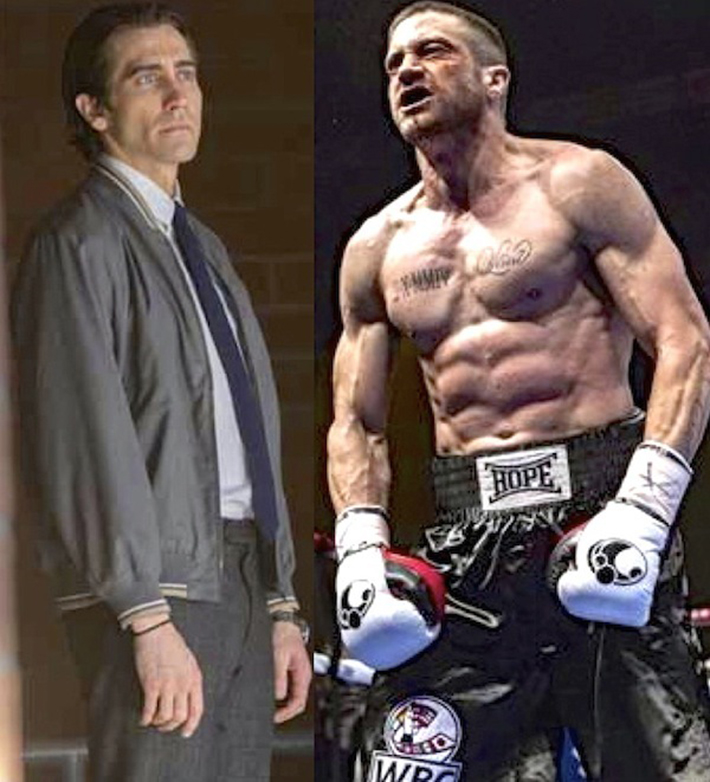 24. Bradley Cooper gained 40 pounds of muscle (by bulking up in the gym) to prepare for his role as real-life Navy SEAL Chris Kyle in American Sniper. 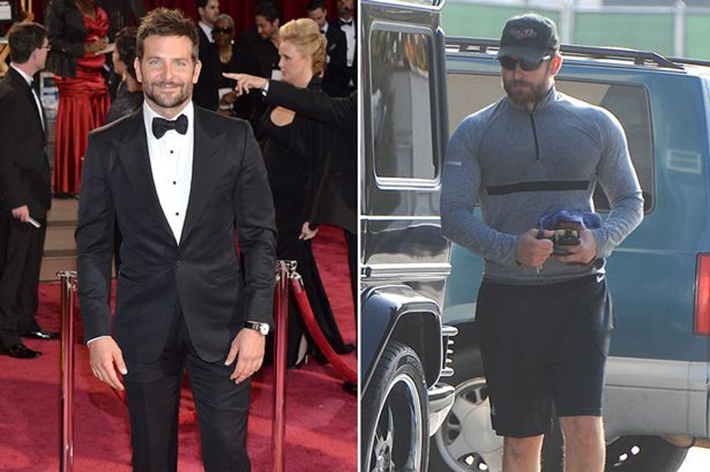 25. Ryan Gosling prepared for a role in The Lovely Bones by gaining 60 pounds only to be told that he looked terrible and they had a “different idea of how the character should look.” He was eventually replaced in the film by Mark Wahlberg. 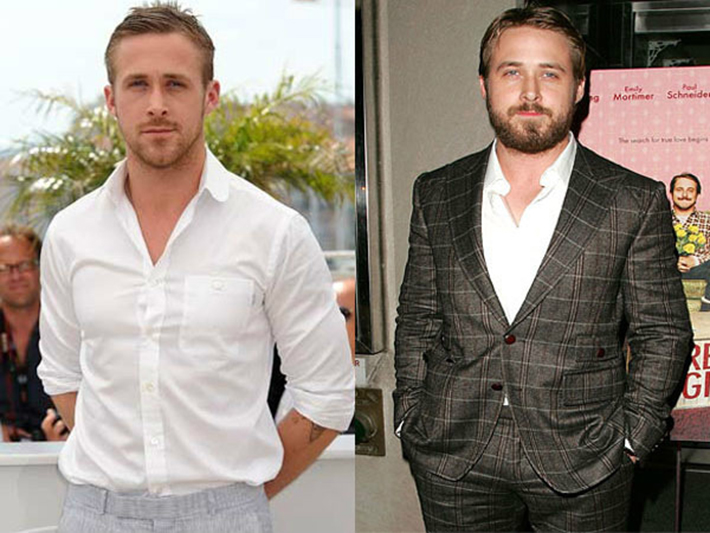