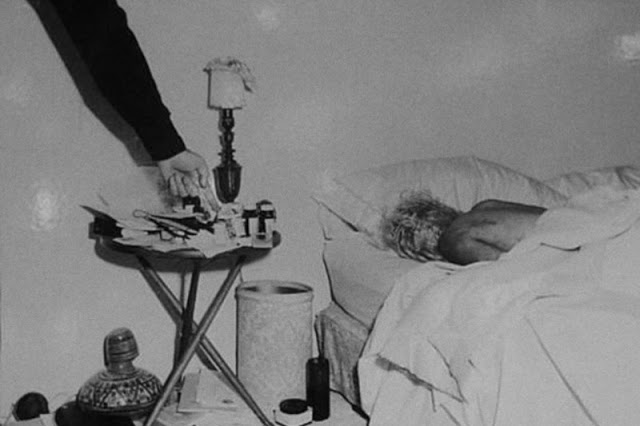 The mysterious sudden death of Marilyn Monroe in August 1962 shook the world.

At approximately 3:00 a.m., Marilyn Monroe’ housekeeper, Eunice Murray, noticed her bedroom light was on and the door was locked. She looked in through a window and saw Marilyn lying facedown on her bed, covered by a sheet and clutching a telephone receiver. She immediately called her psychiatrist, Dr. Ralph Greenson.

Dr. Greenson went to the house and entered the room by breaking a window and found Marilyn Monroe — one of the world’s beloved and adored Hollywood stars — dead. At 4:25 a.m., the Los Angeles Police Department got called into the scene.

After a brief investigation, the LAPD concluded that Marilyn Monroe’s death was “caused by a self-administered overdose of sedative drugs and that the mode of death is probable suicide.”

Despite the coroner’s verdict, people are still offering numerous conspiracy theories about what really happened to Marilyn Monroe.

The bedroom in which Marilyn Monroe was found dead of a barbituate overdose on August 6, 1962. 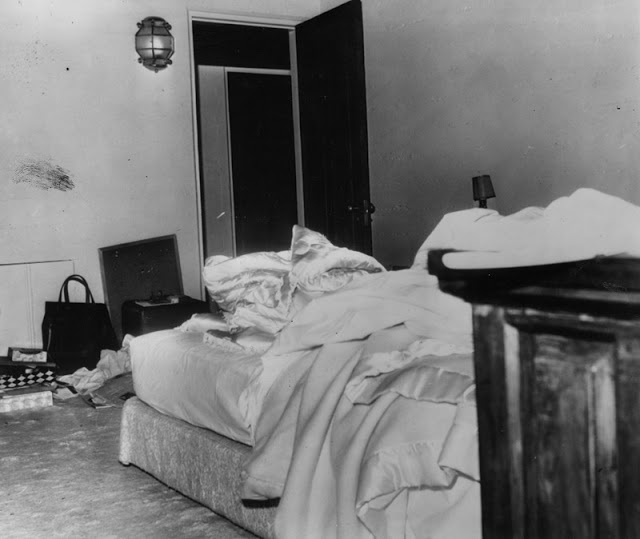 The bedroom in which Marilyn Monroe was found dead on August 6, 1962. 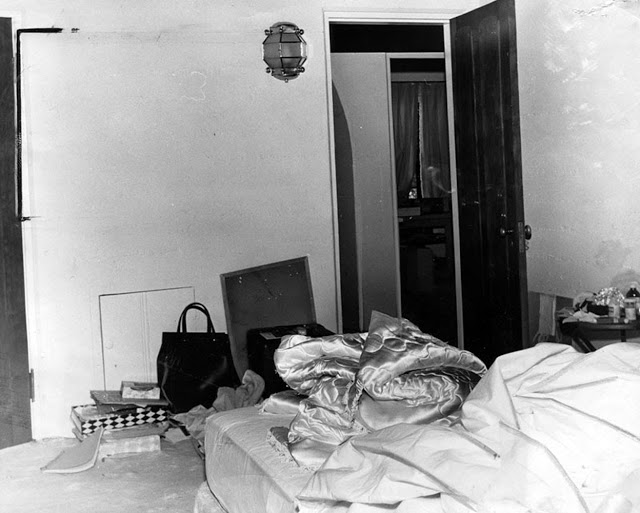 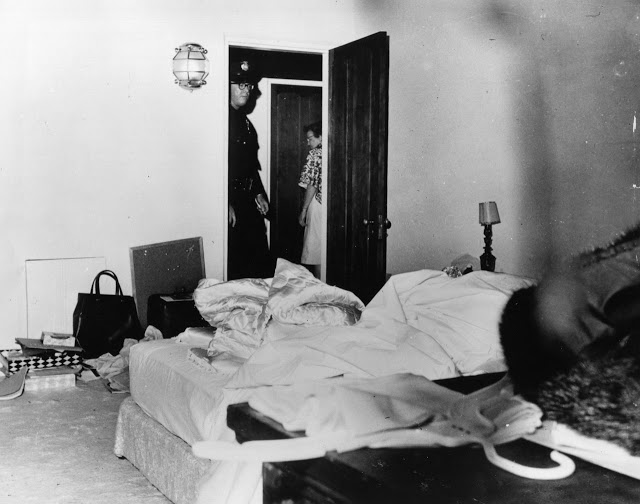 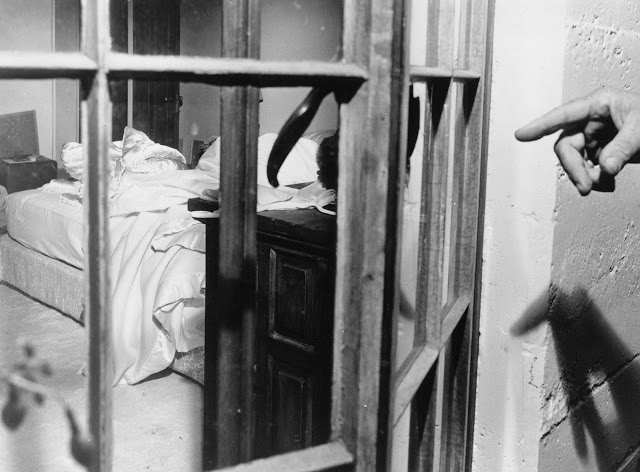 The lifeless body of Marilyn Monroe. 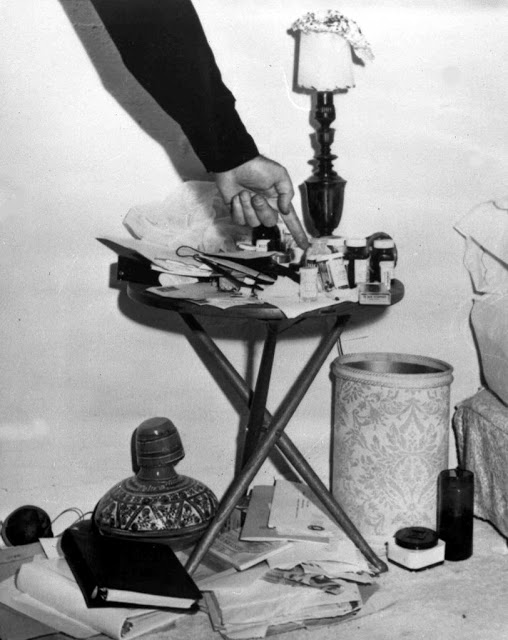 The corpse of actress Marilyn Monroe is removed to the morgue on a stretcher by two police officers. 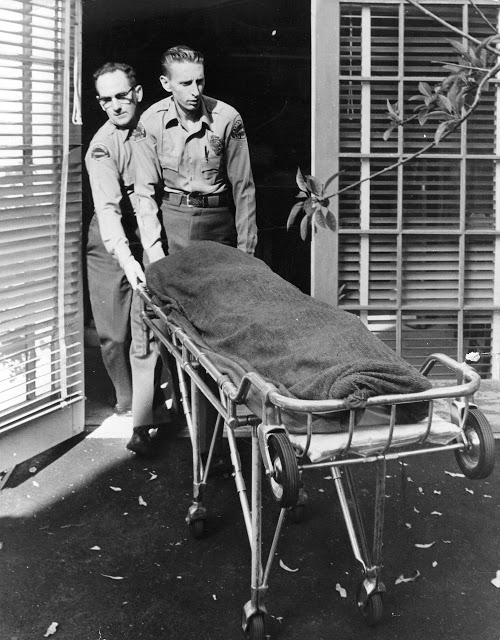 The body of Marilyn Monroe was released by the coroner this afternoon 8/6, and taken back to the mortuary in preparation for burial. Marilyn’s body was at the county morgue for an autopsey and subsequant toxicological test. 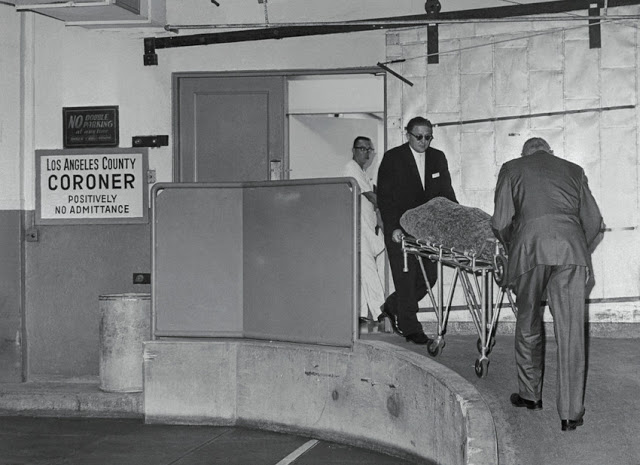 The body of actress Marilyn Monroe arrives at the mortuary August 5th. The actress was found dead in her home earlier in the day from an overdose of barbiturates. 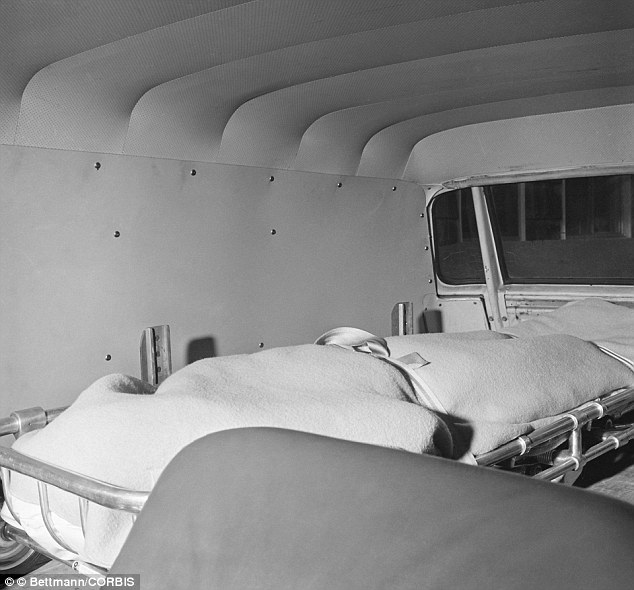 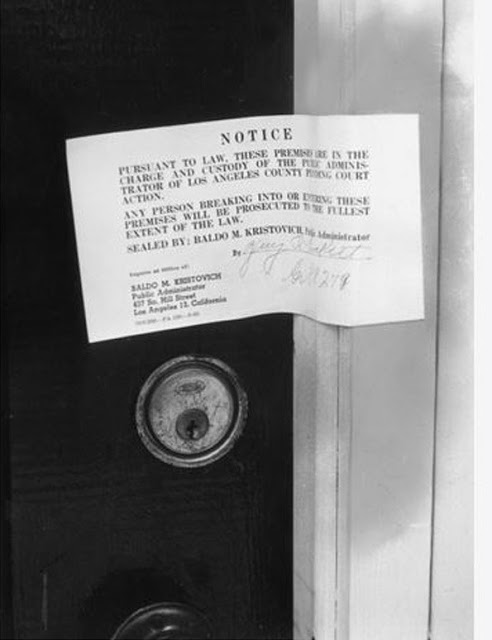 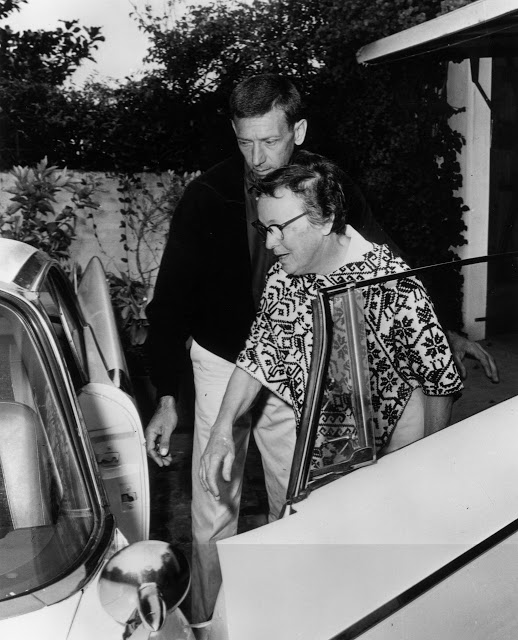 American baseball player Joe DiMaggio wipes a tear from his eye after bursting into tears at the funeral of Marilyn Monroe in Westwood Memorial Park, Hollywood. He was the second of Monroe’s three husbands. 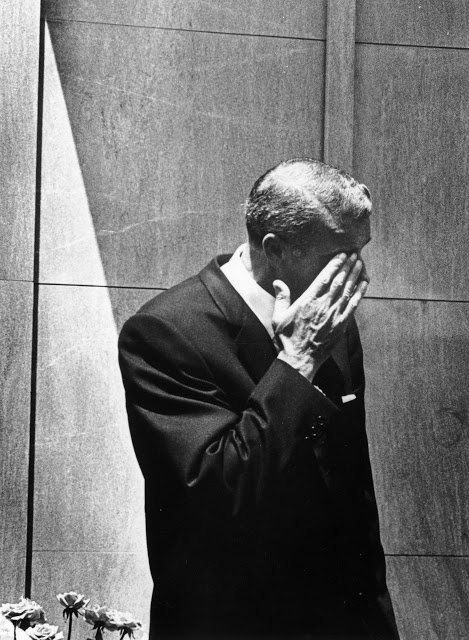