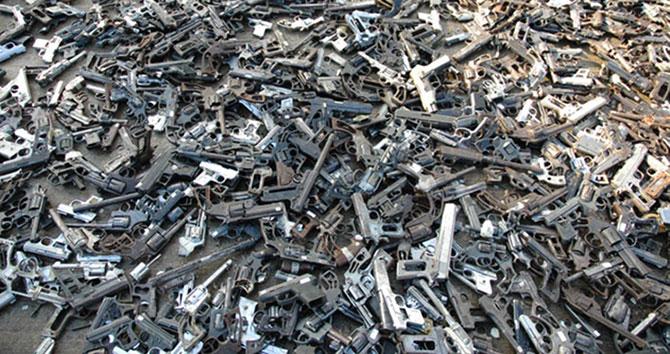 Gun control is a touchy subject – and for good reason. Existing solely to wound or kill, they are a dangerous weapon, one that if not employed for reasons of necessity, may harshly rip families apart.

In Culiacán, Mexico, the city with the highest rate of gun deaths in the nation, many people know the devastating consequences these weapons can contribute to. That’s where creative activist Pedro Reyes comes in.

Reyes is an inspired artist who likes to focus on the failures of modern culture in a positive light. He doesn’t believe in failure but instead believes that failure is the outcome of a certain perspective.

With this unique perception, he transforms things people see as broken and models them in a new way. 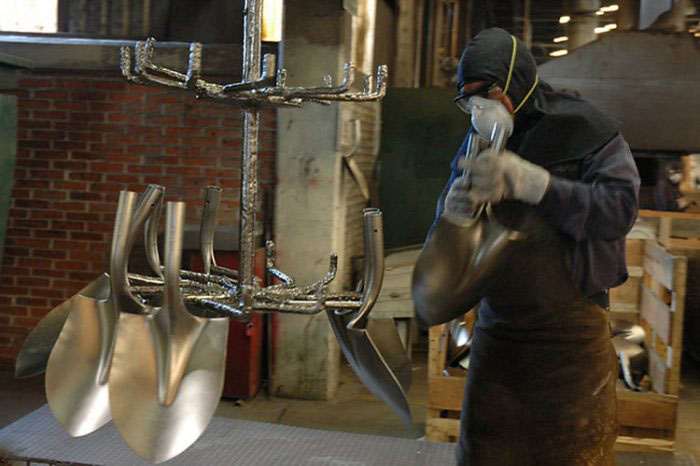 “Failure is the outcome of a certain perspective.”

Concerning guns, he felt that something positive could be transformed from their matter, and, therefore, started a campaign asking residents to hand over their guns in exchange for a coupon they could use to buy electronics or household appliances. 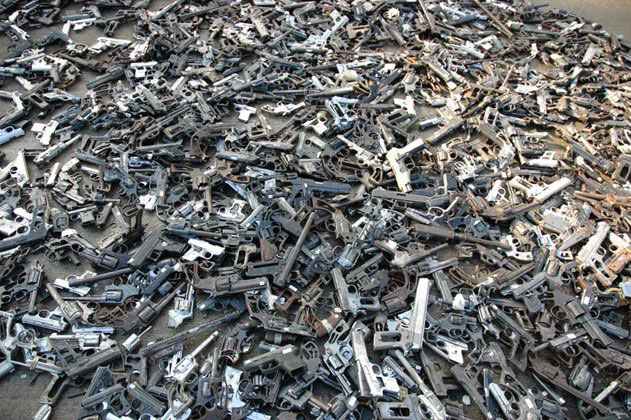 What he did next will inspire you…

After Pedro collected 1,527 guns for the project, Palas pro Pistolas, he had them melted down and transformed into 1,527 shovel heads.

These new shovels were then distributed to art institutions and public schools, where people in the community are now using them to plant a minimum of 1,527 trees.

“If something is dying, becoming rotten and smelly, I think there is a chance to make a compost in which this vast catalog of solutions can be mixed in an entirely new way,” he told BOMB Magazine. In Palas por Pistolas he was aiming to show “how an agent of death can become an agent of life.”

It’s interesting to note that 40% of all the guns Reyes collected were automatics of military caliber. After the collection, they all were transported to a military base and publicly smashed with a steamroller. Then, they were melted and recycled into shovels with wooden handles. Now they exist solely for the purpose of planting trees and creating life! 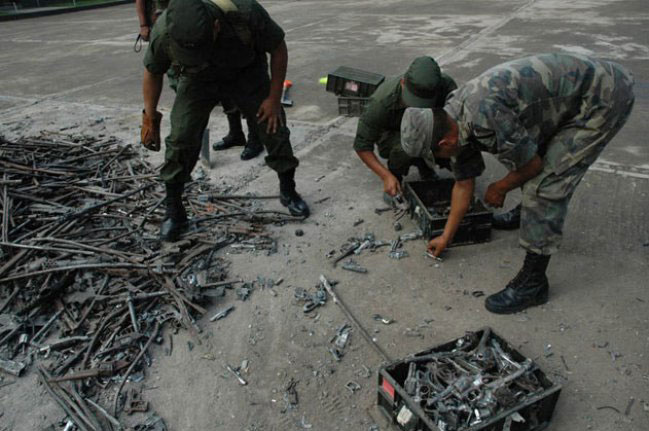 Some of the shovels have even made their way to the Vancouver Art Gallery, the San Francisco Art Institute, Maison Rouge in Paris and other locations around the world.

A shovel, like a gun, can be used for a productive purpose or a hateful one. But with inspired intent, may these tools always be utilized for the purpose of optimizing land and creating space for something new to flourish.