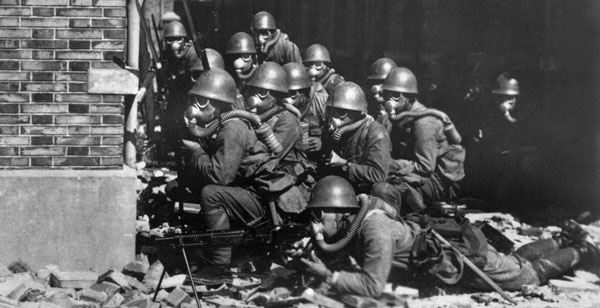 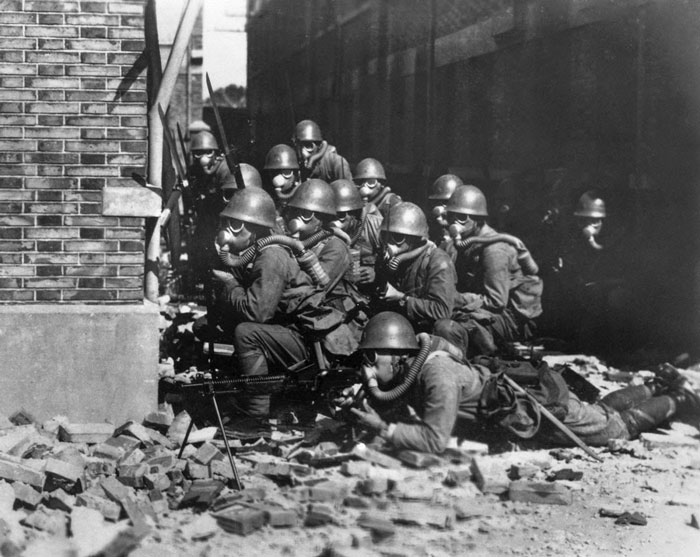 Japanese marines landed north and south of Shanghai, China. Although chemical weapons were prohibited by international laws, the Imperial Japanese Army were still using them when they attacked China.

The incredible photo above shows a perfect blend of World War I and World War II. The use of poison gas in warfare is very common in WWI and the mobile warfare using special forces was the new method during WWII.

Germany, America and Britain maintained their own chemical and bio-weapons programs during the war. In 1935, Mussolini’s Italy employed mustard gas in Ethiopia. The fear of retaliation deterred the world’s major powers from using chemical or biological weapons against each other.

But the Imperial Japan had no such fear because China during this time had no Weapons of Mass Destruction and no other means of massive retaliation. Tokyo viewed the Chinese as a racially inferior enemy.

The Battle of Shanghai was one of the largest and bloodiest battles of the entire Second Sino-Japanese War. 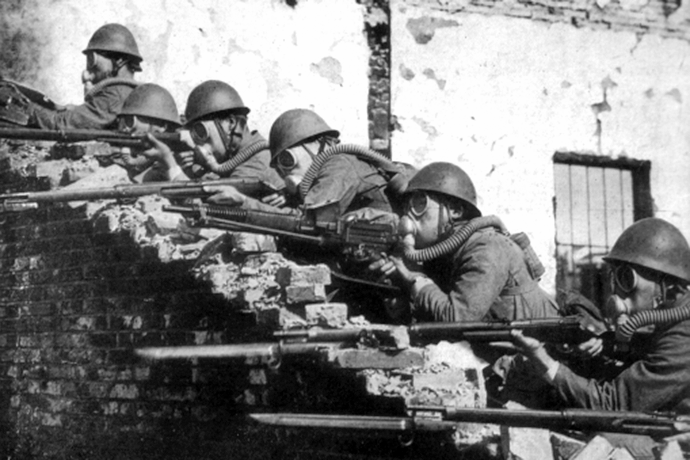 The battle lasted for 3 months involving around one million troops, with approximately 300,000 casualties on both sides. The Japanese anticipated taking Shanghai in an incredibly short time, but the Chinese nationalists, despite inferior equipment and training, managed to delay them there for 3 months.

The Japanese eventually drove the Chinese out, but were shocked at the intensity of the Chinese fighting and the scale of their own losses. The Japanese victory was in part as a result of naval artillery fire and aerial bombing.

The army marched into the city, seizing assets and carting away anything of value. They conducted wide-spread attacks on Chinese civilians when the army entered the city. The stubborn fighting in Shanghai was one reason the Japanese acted so brutally when they took Nanking.