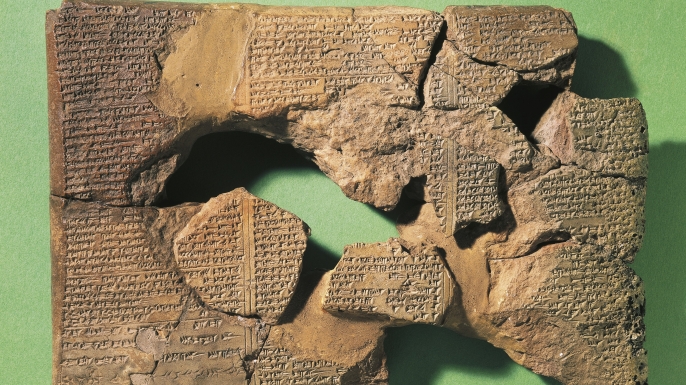 While many of humanity’s early writings are lost, unfortunately never to be seen or read by anyone, there are a few that have luckily been discovered and preserved, giving us a rare glimpse into the literary works and achievements of ancient cultures. Below are 10 of the oldest pieces of literature ever found.

1. Tale of Two Brothers, Egyptian, c. 1185 BC
In 1857, the Tale of Two Brothers was sold to the British Museum where it was subsequently translated from the hieratic writing with which it was composed. It was written during or slightly after the reign of Seti II, ruler of Egypt from 1200–1194 BC and is considered by some as the earliest example of a fairy tale. The papyrus’ exact date of discovery, however, remains unknown.

You can read a short summary of the Egyptian Tale of Two Brothers here. 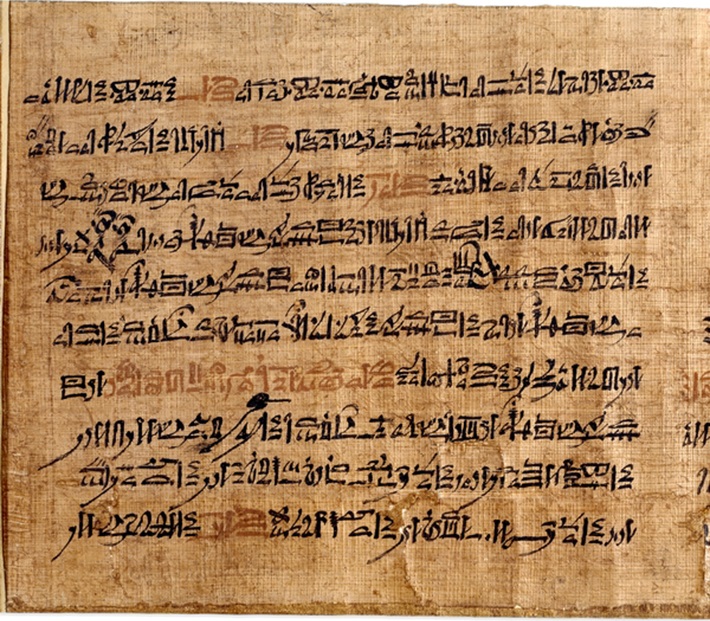 2. The Westcar Papyrus, Egyptian, c. 1700 BC
The Westcar Papyrus, normally rendered in English as King Cheops and the Magicians, is a collection of five separate stories, each one detailing an ancient Egyptian priest or magician and the miracles he performed. The most widely known is that of Dedi of Dedsnefru, a 110-year-old magician with one especially amazing trick: He could reattach severed heads.

The Westcar Papyrus was allegedly discovered by and named after Henry Westcar, a British adventurer. It eventually found its way to a German Egyptologist, who translated its hieratic text.

3. The Lament For Ur, Sumerian, c. 2000 BC
This is one of the oldest examples of poetic literature in the world. It is a dirge (a slow song that expresses sadness or sorrow) written by the earliest kings of the Isin dynasty who wished to rebuild the destroyed city.

Lament for Ur was meant to “calm the angered, anguished soul of the god of Ur, Nanna, a prerequisite for the rebuilding efforts”. It was also used to remove the cloud of suspicion that the kings of the Isin dynasty had anything to do with the city’s destruction. 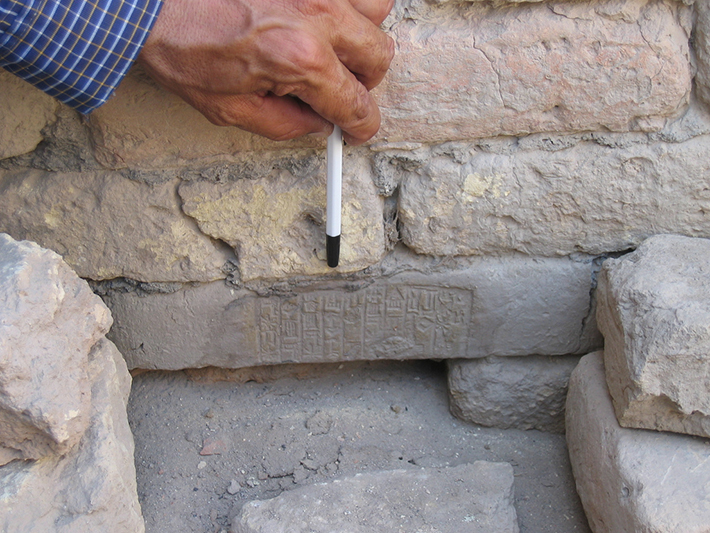 Cuneiform writing on a brick at Ur │ Wikipedia

4. Classic Of Poetry, Chinese, 1000–600 BC
Said to have been compiled by the great philosopher Confucius, the Classic of Poetry (or Shijing), is the oldest extant book of poetry in Chinese history. The book is part of a group of five separate books, collectively called the Five Classics.

The book contains over 305 poems and is divided into three distinct books: Feng (Songs), Ya (Odes and Epics), and Song (Hymns). The poems have no attributable author but was most likely written by those living during the rule of the Zhou royal kingdom, a dynasty credited with the foundation of Chinese culture.

Classic of Poetry has been transmitted orally for centuries.

The first song of the Classic of Poetry, handwritten by the Qianlong Emperor, with accompanying painting. │ Wikipedia

5. The Ipuwer Papyrus, Egyptian, c. 1650 BC
This particular piece of literature is believed to have been written by the eponymous 17th-century BC Egyptian. Originally called The Admonitions of an Egyptian Sage, the papyrus details the state of Egypt at a time when it was plunging into disarray.

The Ipuwer Papyrus chronicles plagues raving the land and the Nile turning as red as blood, rendering its waters undrinkable. The document’s true origin unfortunately can’t be nailed down since the Ipuwer Papyrus is but a copy of an older manuscript. 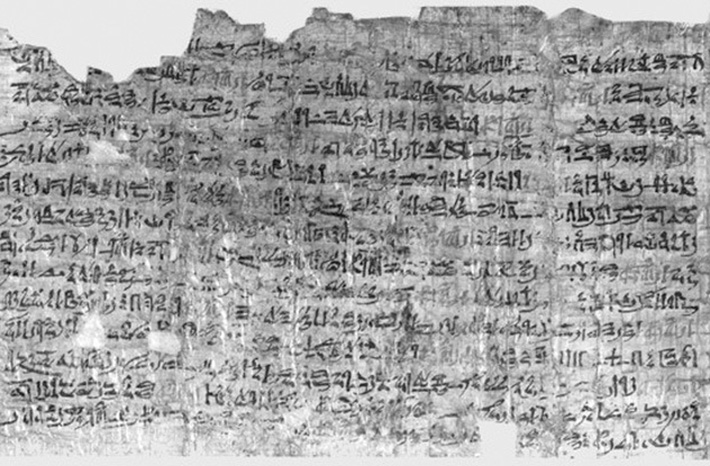 6. The Story Of Sinuhe, Egyptian, c. 2000 BC
The Story Of Sinuhe is widely regarded as Ancient Egypt’s greatest literary achievement. The narrative is set in the aftermath of the death of Pharaoh Amenemhat I, founder of the 12th dynasty of Egypt, in the early 20th century BC, and was most likely composed shortly after.

Egyptologists has an ongoing debate as to whether or not the tale is based on actual events involving an individual named Sinuhe. The universal nature of the themes, including divine providence and mercy, makes it most likely a work of fiction. Sinuhe’s anonymous author has been described as the “Egyptian Shakespeare” whose ideas have parallels in biblical texts.

A raised-relief depiction of Amenemhat I accompanied by deities; the death of Amenemhat I is reported by his son Senusret I in the Story of Sinuhe. │ Wikipedia

7. The Story Of Wenamun, Egyptian, c. 1000 BC
The Story of Wenamun tells the possibly true tale of a high official of the temple of Amun, Wenamun. He was sent on a trade mission to Phoenicia (modern-day Syria) to find cedar wood to restore the sacred barque with which Amun’s statue was carried during festivals.

It may seem like a run-of-the-mill mission but it eventually turns into a lengthy and event-filled journey. The tale ends with Wenamun landing in Cyprus where he is nearly killed by an angry mob before falling under the protection of a local queen.

The only existing copy of The Story Of Wenamun is in the Pushkin Museum of Fine Arts in Moscow. This late Egyptian novel is useful for historians since it is one of the only handful of sources discussing the conditions in Egypt and Phoenicia at the time. 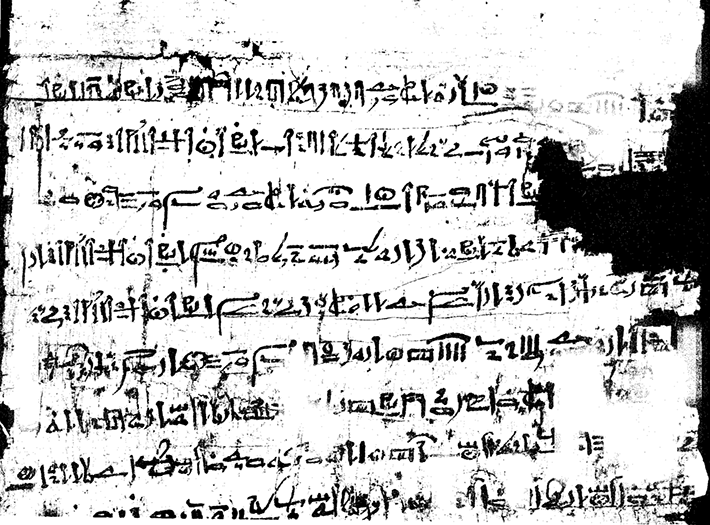 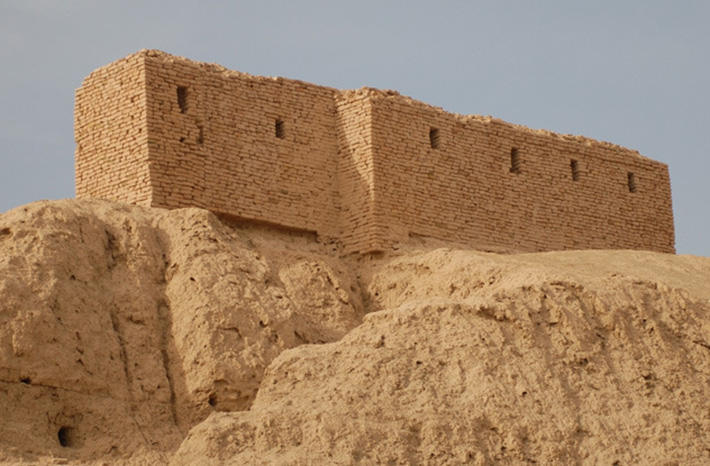 9. ‘The Instructions Of Shuruppak’, Sumerian, c. 2500 BC
The Instructions of Shuruppak is a collection of lessons and sayings penned by a father for Ziusudra, the hero of the Sumerian flood myth. The document is perhaps the greatest example of Sumerian wisdom literature. It details dozens of helpful tips ranging from practical lessons to moral precepts to ensure Ziusudra would be able to live a good life.

The Instructions of Shuruppak is of widespread use and a popular teaching tool thanks to the vast number of existing copies that have been discovered. With lessons like “don’t rape” and “you shouldn’t pass judgment when you drink beer,” it’s no surprise that the work enjoyed as much staying power as it did. 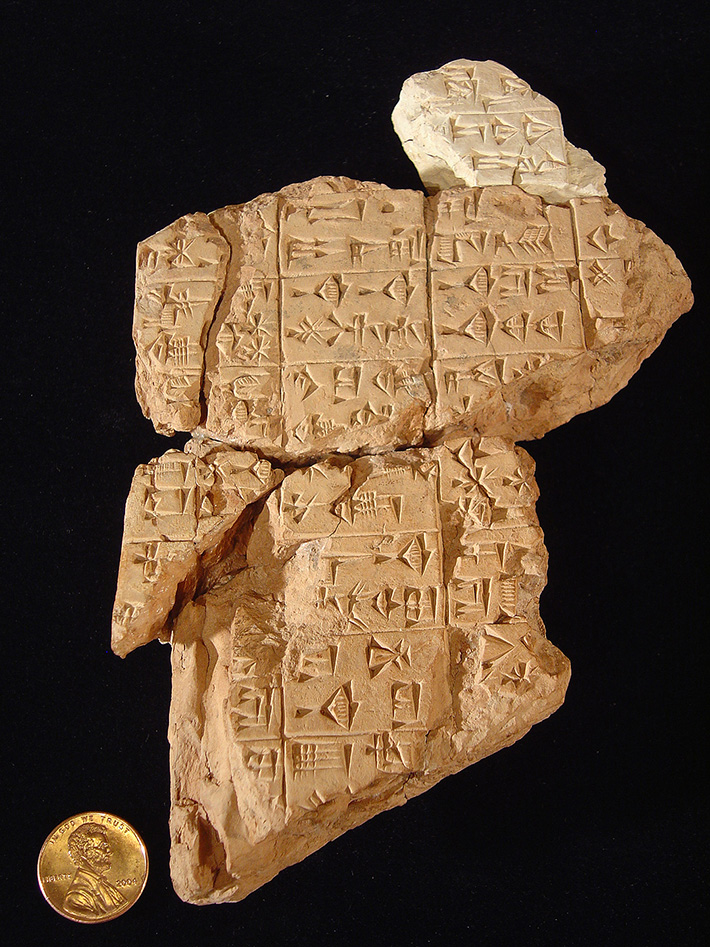 10. The Maxims Of Ptahhotep, Egyptian, c. 2400 BC
This 18-page book of proverbs is a collection of the thoughts and ideas of Ptahhotep, an adviser for two different pharaohs, Menkauhor and Assa Djed-ka-Ra. Ptahhotep’s writings, much like The Instructions of Shuruppak, were presented as lessons for his son.

“The Maxims of Ptahhotep flows seamlessly between rules about civil obedience and social structure to those regarding personal relationships and sex.”