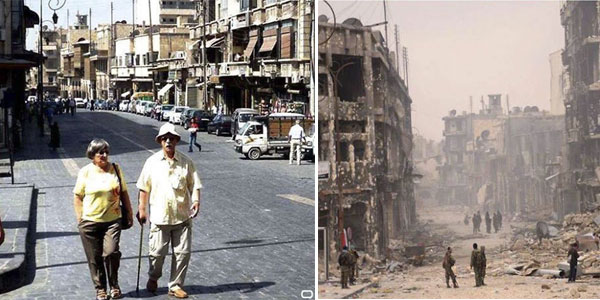 Home to many of the world’s most treasured historical sites, these once beautiful places in Syria have been reduced to nothing but rubble. Ongoing military confrontations have terrorized the entire country, resulting to thousands of deaths and millions of people forced to flee their homes.

Below are heartbreaking before-and-after pictures, in which many of the structures before the war are nearly unrecognizable now.

Photos by Hannah Karim via BoredPanda