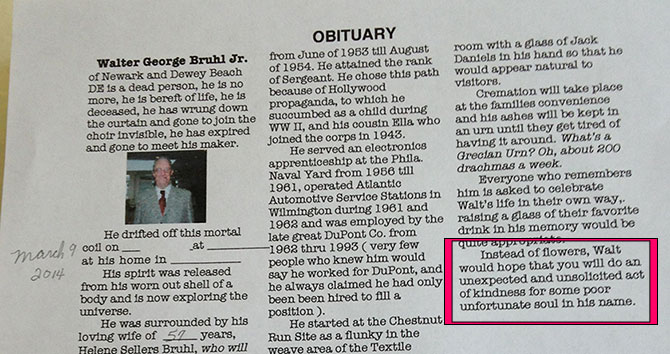 Walter George Bruhl, Jr. passed away. His grandson Sam wrote on his Facebook…

Typical of my PopPop: he cut out the middleman and wrote his own damn obituary… So glad I got to read one more thing from my favorite writer.

His grandson shared a picture of the hilarious, self-written obituary. Enjoy the amazing humor of this wonderful man, and as he requested on the the last paragraph of his obit:

“Instead of flowers, Walt would hope that you will do an unexpected and unsolicited act of kindness for some poor, unfortunate soul in his name.“ 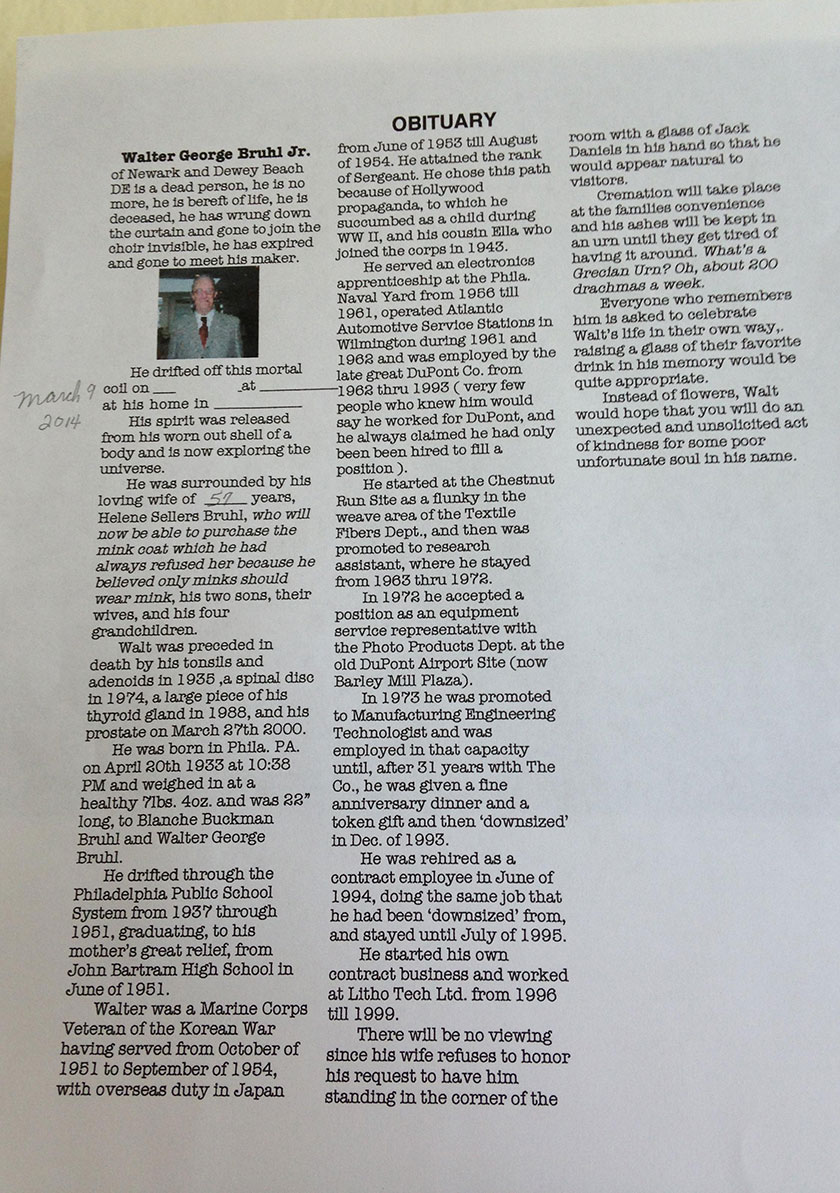 Here are some highlights from grandpa’s obit:

Walter was a Marin Corps veteran of the Korean War…. He attained the rank of Sergeant. He chose this path because of Hollywood propaganda, to which he succumbed as a child during WW II…

There will be no viewing since his wife refuses to honor his request to have him standing in the corner of the room with a glass of Jack Daniels in his hand so that he would appear natural to visitors.

Finally and most importantly…

Walt would hope that you will do an unexpected and unsolicited act of kindness for some poor, unfortunate soul in his name.