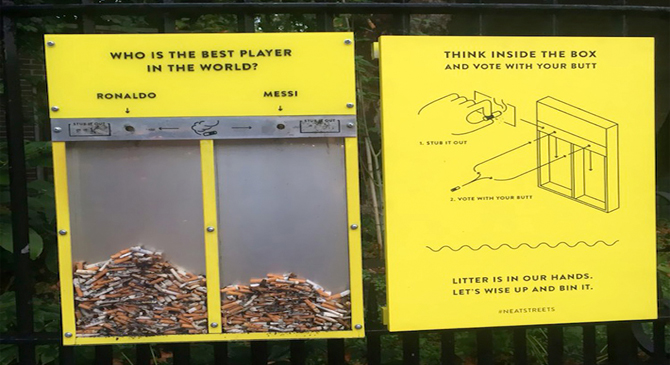 In an effort to clean up the streets of London, a UK organization called Hubbub, came up with a brilliant idea to encourage people to stop littering.

One #neatstreets campaign ad encourages smokers to vote on different topics by adding their cigarette butt to a divided receptacle. This one’s asking which football player is the best in the world. 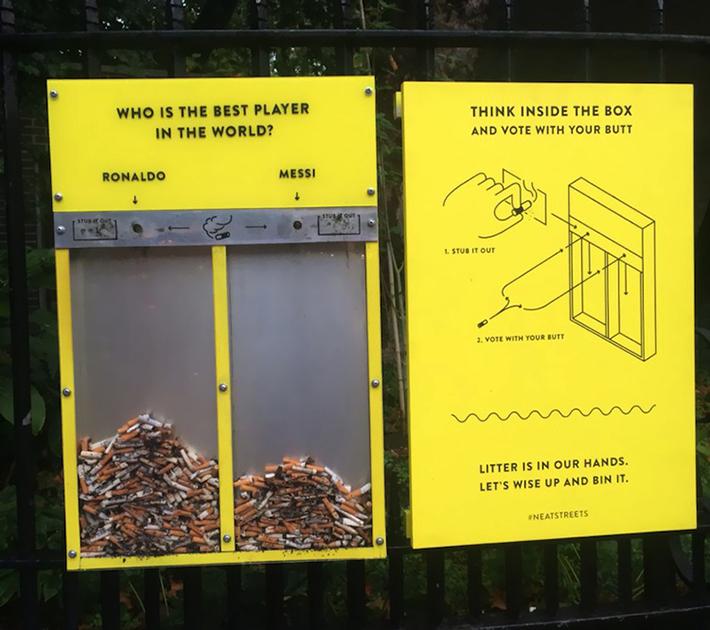 And another poll. They also have a device that plays music when a cigarette butt is inserted. 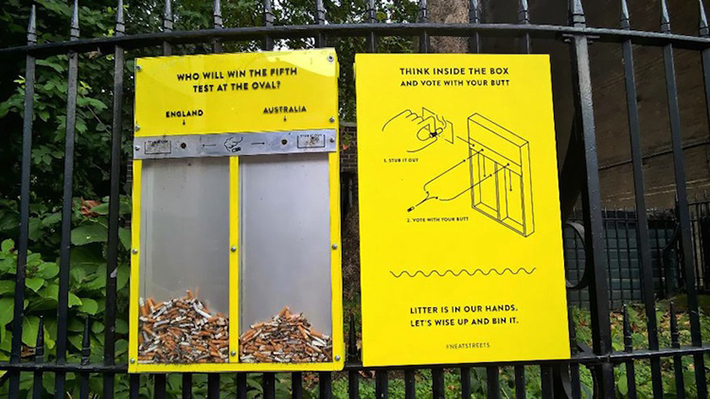 As for those pesky gums, these interactive displays get passersby to connect the dots with their gums on specially designed boards. 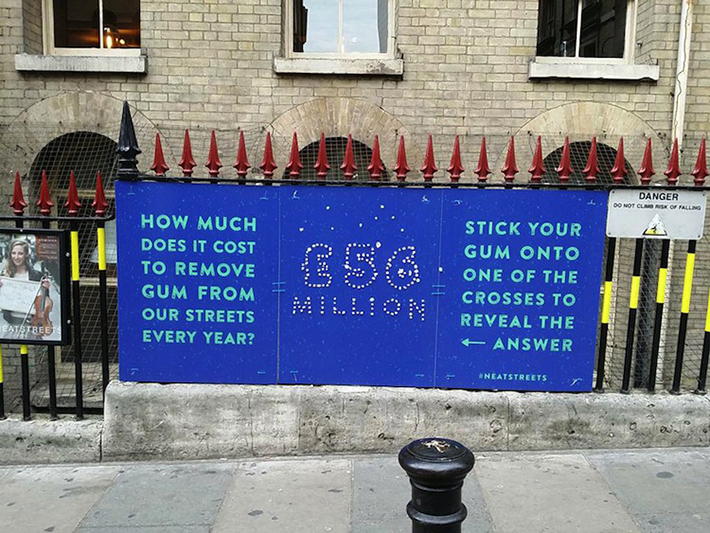 “Our public polling discovered that a staggering 86 per cent of people think littering is a disgusting habit yet only 15 per cent of us would actually confront someone and tell them that,” the organization writes on its webpage. 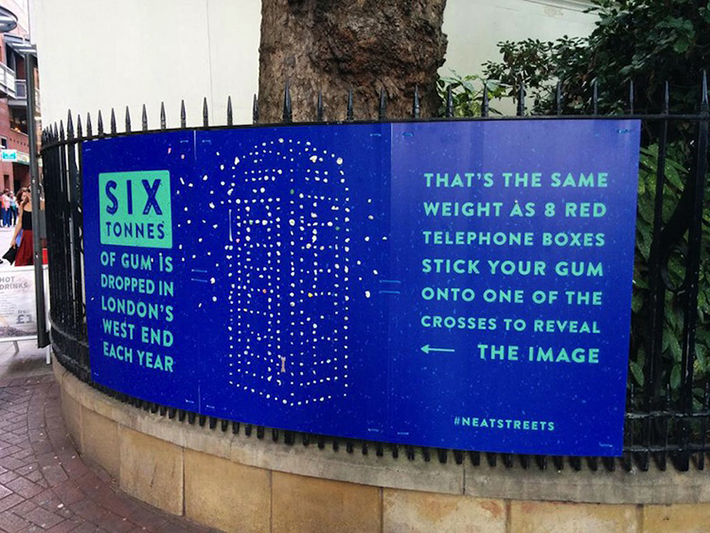 The campaign, which is centered around Villiers Street, in Westminster, runs until October. 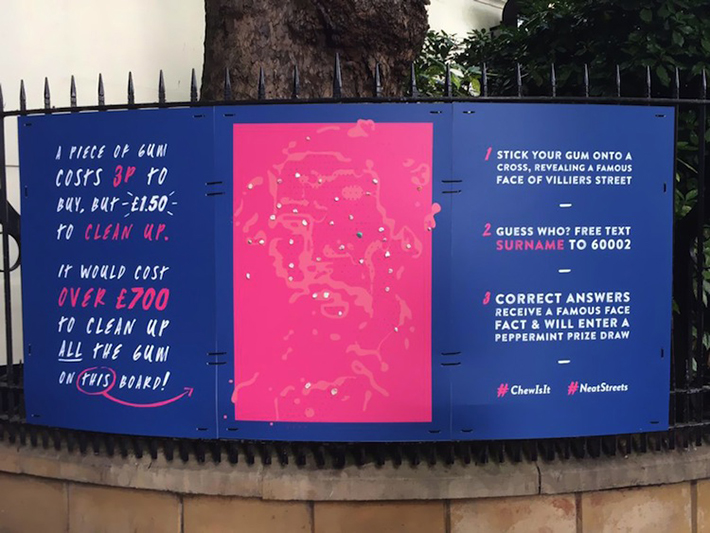