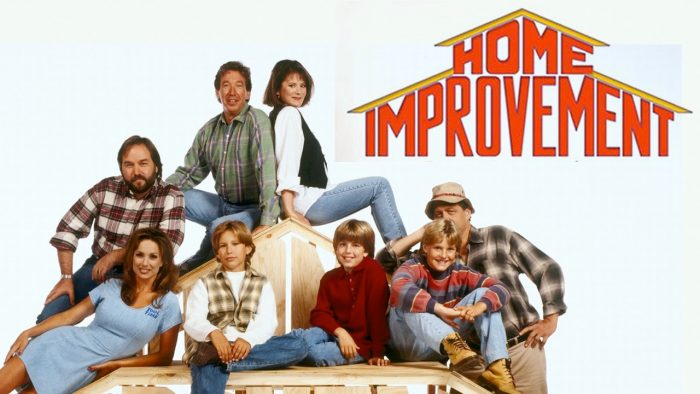 Comedy shows have a way of transcending the screen, especially nowadays, with the funniest quotes being recreated whenever the perfect situation strikes.

Humor akin to comedies isn’t often found in gaming, with most of the excitement coming from going on an adventure or winning sports games.

However, some great comedies have made the leap into the digital games space quite successfully, infusing the show’s brand of humor into the task-oriented world of gaming. These are those hilarious shows in gaming.

Home improvement used to be a very different activity to what it is these days, with everyone’s canny inventions getting an online audience in the 2010s and now in 2020.

In the ‘90s, it was all about Tim Allen and the show Home Improvement, which aired over 200 episodes during its eight-season run.

Always a top-ten show in the Nielsen ratings, the sitcom was huge, leading to it getting its very own game.

Released on the Super Nintendo Entertainment System in 1994 (but still playable as an online browser game), Home Improvement: Power Tool Pursuit! had you play as Tim Allen’s character, also named “Tim,” in search of the new power tool line.

With modified tools as weapons, you’d make your way through the maps of the 2D platformer to find the tools.

Befitting the show, the controls manual only read, “real men don’t need instructions,” which is a bit outdated now, but still funny in the context of the classic series.

Another show born in the ‘90s, South Park wasn’t immune to the allures of releasing console and computer games, but the creations of three decades ago were weak, to say the least.

It took until 2014 for the ongoing adult cartoon series to create a top-class and truly South Park-esque game with The Stick of Truth.

Released to rave reviews, it perfectly depicts the show and embodies its humor while also being a deep and fun game.

Its sequel, The Fractured But Whole, was still well-reviewed, but the central gameplay elements changed drastically.

Continuing as one of the most popular adult cartoons, South Park features games across all platforms, with those old and new still being popular away from consoles.

It features a single-player mode and strategic online battles, in which you deploy characters from the show to battle, from Mysterion to ManBearPig.

In the UK, The Office was a much-loved and short-run show. In the US, after the creators pivoted from copying the UK version word-for-word, The Office became a whole new beast entirely.

One of the biggest modern shows on television, it ran for nine seasons, the last couple of which carried on strong even without the headline act, Steve Carell.

In 2007, a PC game based on the series was released. With all of the characters from the show in place as bobbleheads, the casual game involves you pranking your co-workers and also completing some menial tasks.

To reinforce the speedy gameplay, the developers also mixed in several references and lines from the show, including putting out the George Foreman Grill for Michael Scott to step on again.

Home Improvement, South Park, and The Office have brought the laughs for years through TV and now streaming channels, but you can also experience the fun hands-on in their licensed games.