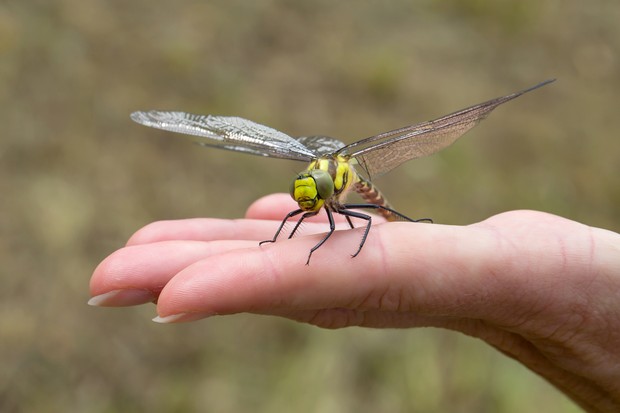 To understand what the dragonfly represents you need to look at how it is seen in nature. It flies over the water with a great deal of elegance and a somewhat carefree appearance. It seems as though it isn’t tied down by anything and that it is free to move wherever it wishes. So with this considerable amount of freedom that’s associated with it one can begin to understand that it ought to have a lot of different meanings associated with it.

Because the dragonfly is an insect that covers so much of our planets, there are numerous ideas that are associated with them. It’s pretty interesting to note what the most prevalent beliefs about what these majestic flyers mean in the lives of people. After all, these are insects tough! They’ve been around for millions of years and used to be the size of people in the times of the dinosaurs. The reason why they’ve been able to stick around until now is that they are both adaptable and strong. This leads into one of the major themes of their symbolism for us humans, namely the power to change and overcome complex situations.

This last idea is something that isn’t new, it has been around for a long time and pondered by a number of societies. It makes sense when you think about how they have coexisted with humans for millions of years and, as such, have inspired all sorts of stories and myths within the minds of not just individuals, but cultures as a whole as well.

It is widely believed, throughout many human cultures, that the dragonfly symbolises a type of meaningful change, particularly with respect to a self realization of sorts. So they promote in many people’s minds the idea that they have what it takes to not only survive, but thrive in new environments and living situations. Like with so many other creatures that we as a species encounter, the dragonfly has provided civilizations an opportunity to contemplate the meaning of individual’s lives as well as the definition of true maturity.

It’s not hard to feel inspired when you encounter a dragonfly in the wild, as it zips over water and as such provokes notions of going the extra mile,  of going beyond what is asked and/or expected. It’s evocative nature encourages us to seek out answers to the most profound of questions that in turn may illuminate so much of our life.

The fact that it is so agile and able to move in all directions, serves as a reminder that life can often be described in this way. As bipedal people, we’re used to the idea of advancing, moving forward, even if it becomes an experience where you find yourself having to trudge to some rough patches. Upon observing a dragonfly in its natural habitat, you get to really appreciate how the natural world, of which we are a part of, doesn’t just move in one direction, but rather in many and, like the dragonfly, just because you go in an unexpected direction this doesn’t mean that you can’t proceed with both poise and a true sense of self empowerment.

It’s an incredibly fast insect that can travel at speeds of up to 45 miles per hour! And not only that, it can hover in place and direct its body with awe-inspiring precision while only needing to flap its wing once every other second. This contributes a lot to its graceful demeanor and why it even looks a bit like a bird as it glides through the air.

The dragonfly travels the line between where effectiveness and ease, and with this in mind it is something that many of us in our daily lives strive to accomplish. Life may not be the most sophisticated of endeavors all the time, but we can attempt to be more like the dragonfly despite the hardships that we’re presented.

We, as busy people. tend to forget to conduct ourselves with a lighter attitude and to bring into our lives certain mounts of joy and grace. It’s important to remember how things can and should change, and many view the dragonfly in this light, as a reminder of the reality that transformation has to offer as a promise that we are indeed alive. So for many people who internalize the meaning of the dragonfly, they come to the understanding that it is representative of this positive change that characterizes some of the most important chapters of our lives.

Evolving is a positive occurrence which is not hard to appreciate when you look at the life cycle of a dragonfly. It starts out in the water and then breaks free of such limitations by starting a new life in the vast and open skies! In many cultures, water holds meaning as being a symbol of emotions, namely things that move us and that can flow in all sorts of different directions. Therefore the dragonfly symbolizes taking charge and rising above our baser impulses.

There’s a pretty prevalent belief that when this insect makes an appearance in your life, particularly if it is not expected, that it is time for change and to try a new path. Throughout its life, the dragonfly changes, in its morphology and color color as it matures. We should embrace this symbolism that it offers us to welcome the different times in our lives where change may come about as well. It’s easy to fear change, but one way to remedy this is by considering how it should be seen more as an opportunity than a sort of attack on who you are and what you’ve managed to set up for yourself.

In this way, it serves as a very positive reminder that even big changes that make us feel a bit intimidates, can come about in a rather natural manner. Change is very often a good thing, even when it presents itself with a rough appearance. It teaches us how to rely on ourselves and welcome new experiences that ultimately allow us to develop and grow as individuals, and even as a society.

When you look at a dragonfly in it’s natural habitat you begin to understand that there is a certain rhythm to life, and that change is quite simply a consequence of this all too natural rhythm that you can feel in the wind, hear in the rivers and join with your body and your decisions.

We are human beings that are receptive to different kinds of change, and in many ways it is part of our destiny, much like the dragonfly who takes to the air after being immersed in water, the only home it previously had ever known. This is why metamorphosis in nature is such an evocative thing to witness and internalize on a personal level. Like it is the case with the caterpillar who becomes a butterfly, dragonflies really are glorious examples of how wonderfully fluid of an experience it can be to reach one’s potential, make that leap to land where you belong, and then perhaps even seek out some more once you realize that we are all just zooming through life!

What could be better?!