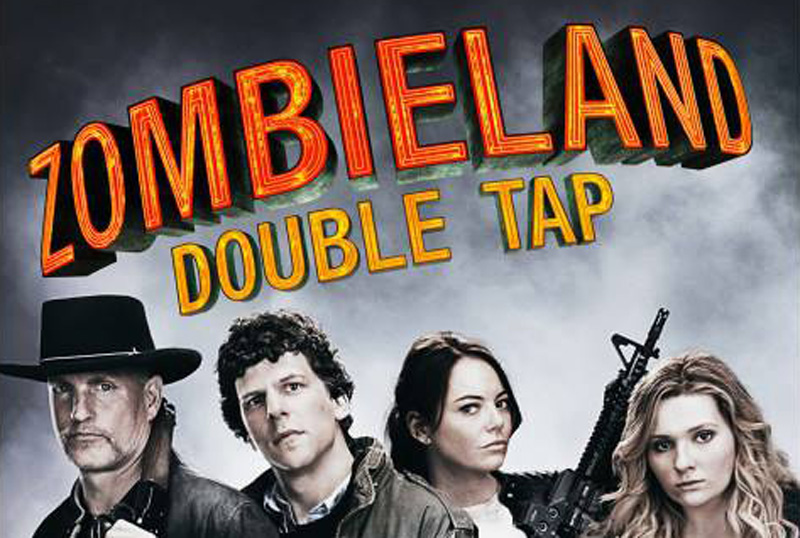 Of all of the myriad sub-genres of horror, none have quite had the cultural staying power of the zombie genre.

We are all drawn to the notion of surviving a world of the undead, where our friends and neighbours turn on us and force us to make horrific choices of survival in the face of total civilizational collapse.

However, we have been relatively starved of good zombie films in recent years, prompting some cultural arbiters to ask the question ‘what happened to zombie movies?’.

Fortunately, this dry spell appears to be coming to a close, as an abundance of brain-hungry undead hordes appears set to return to our screens with gusto in the coming months.

Here are the top upcoming zombie films for you to keep an eye out for in the year ahead.

The original Train to Busan film from Korean horror legend Yeon Sang-ho has long been considered one of the best zombie films of the 21st century, with the critic’s bible Roger Ebert calling it “a masterpiece within the zombie realm”.

Now, fans of the first can finally experience the long-awaited sequel, which is due for release in South Korea in late July, before likely coming to Europe and the US in the autumn.

In Peninsula, the original cast reassembles with a mission to re-enter the infected zone and shoot, stab, and bomb their way to a multi-million-dollar payday.

We’d be lying if we said that TTB2 didn’t look a lot more camp than the first one, but that’s by no means a bad thing.

Army of the Dead

There is something about the city of Las Vegas and zombies that just go together. Much of the action of the hit Resident Evil movie Extinction takes place in the ruins of the city.

Meanwhile, Las Vegas is a popular setting for zombie games. The Capcom shoot-em-up zombie game Dead Rising 2 is set in a fictionalized version of the city named Fortune City.

In the game, players must traverse dilapidated casinos and Sin City zombies in their quest to hit the jackpot.

This same theme is making a comeback with another highly-anticipated zombie film that is due to hit the screens early next year; Army of the Dead.

The action takes place in the heart of Sin City during a zombie outbreak, which a group of mercenaries must navigate as they attempt to pull off a daring casino heist.

Horror movie veteran Wesley Snipes, best-known for his role as the vampire killer Blade in Marvel’s Blade Trilogy, recently signed up to both star in and produce a gritty zombie thriller titled Outbreak Z.

Little is known about the film so far, which is slated for release sometime in 2021. What we do know is that the action takes place on a typical American college campus, where Snipes plays the role of SWAT officer who must fight his way through an infected campus in order to secure a rare vaccine from the medical department.

We all have a fascination with actors who go all-out for their movie roles, and Snipes is no stranger to method acting, so it will be interesting to see what he brings to this production.

The film is being directed by Chris Brewster, the choreographer and main stunt performer from Netflix’s hit Daredevil series, so expect no shortage of OTT fight scenes and breakneck pacing.

Outbreak Z continues from a long horror tradition of zombie films set on college campuses, with the House of the Dead movies and the 80s cult classic Zombie High both featuring student dorms filled with hordes of the undead.

Rise of the Living Dead

For any die-hard fan of the zombie genre, Rise of the Living Dead is a once-in-a-lifetime movie event.

The film is the brainchild of the godfather of zombie movies, the late and great George A. Romero, and is a prequel to his 1968 magnum opus, Night of the Living Dead.

This new film, which is scheduled for release in 2021, takes place six years before the events of the original, in which a scientist named Dr. Cartwright is working on behalf of the US government to develop a drug that can help human being survive a nuclear explosion.

Obviously, things do not go completely as planned, and the cynical ambitions of the government lead to the science experiment going horribly wrong, causing a zombie outbreak that will eventually lead to the apocalypse.

The film will certainly be a major departure from the usual gory shoot-em-up style of Romero’s oeuvre.

Instead of focusing on kill counts, Rise of the Living Dead will deal with themes of scientific ethics, government control, personal ambition, and American priorities during the height of the Cold War.

These are just a few of the killer zombie flicks that we have to look forward to over the course of the next year.