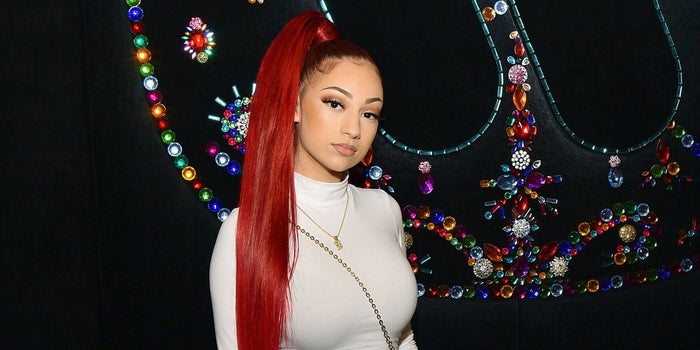 Let’s face it! Achieving popularity at a tender age is no simple fete, and few have trodden that path and emerged triumphantly. Nevertheless, Danielle Bregoli has stood the test of time and overcome trials and tribulations to become a heartthrob of millions of fans worldwide. Being a daughter of a cancer survivor, she has indeed experienced several ups and downs, but that has not deterred her from rising into stardom and riches. In other words, this 16-year-old free-spirit-rapper has conquered the impossible to emerge as one of the most popular rappers in the US and beyond. When talking about her net worth, it easy to tell that she has deep pockets just by looking at her outlandish taste of fashion and lavish lifestyle.

Bregoli’s fame and fortune came after making an appearance on Dr. Phil’s Show in 2016. During the episode, the show discussed everything about her life from stealing cars, her out of control behavior, and her obsession with twerking. When the audience made fun of her, she reiterated by telling “Cash me Outside, how bow dah?” which quickly became a meme. She later appeared on the show in February 2017. And since then, she has gained millions of followers on Instagram, Facebook, and Twitter. After launching herself to “near” celebrity status, she appeared in a music video “Everything 1K” featuring Kodak Black. The video was released in Feb 2017 and managed to garner over 40 million views on YouTube.

After that success, she debuted her music career with a single titled “These Heaux” which was released in 2017 under her stage name Bhad Bhabie. In the US, the song was a big success managing to peak at NO.77 on the Hot 100 BillBoard. On the Canadian Hot 100, it ranked better appearing at NO.57. Moreover, in July of 2017, she managed to sign a lucrative deal with Atlantic Records but it did not end there. After the signing, she released several singles such as “I Got It”, “Hi Bich”, “Whachu Know”, and “Mama Don’t Worry (Still Ain’t Dirty)”. Later, she released “Roll In Peace” remix which was originally done by Kodak Black.

By March of 2017, she was estimated to have a net worth of $200,000 which mainly came from ad placements on social media accounts. Later, her music career began to blossom. Besides music and ad placement, Bregoli also makes money through meet and greet sessions. At a Rolling Loud Music Festival in 2018, she was reportedly paid $40,000 as an appearance fee, plus the owner promised to give her a cut from ticket sales. According to her manager, her appearance costs up to $30000 in the US and $40000 abroad. In 2018, this netted her approximately $1 million after making 25 city tours and appearances both in the US and abroad.

In December of 2018, she entered into a contract with Snapchat where she will create a reality show for the social platform. She later made $900,000 in January 2019 to endorse a startup cosmetic company known as CopyCat Beauty. She is also expected to get a cut from the company’s profits. And if the endorsement goes as expected, she poised to get a large bonus and perhaps an opportunity to start her own fashion or makeup line.

2019–present: Bringing Up Bhabie and hiatus

As of March 2020, Danielle Bregoli was estimated to be worth a whopping $4 million. Like anyone would expect, she has made of her fame and fortune by cashing on every opportunity that came on her way. In 2019, she had 0.5 million followers on twitter, 16m followers on Instagram, and an impressive 6m subscribers on YouTube. Moreover, she generates income by promoting products and posting paid posts on Instagram. Her earliest promoted posted were for PostMates and Fit Tea which generated over 12m views. This means that she easily makes over $100,000 for one post and as much as $300000 per month from product ads.

In July of 2019, she signed a $1 million songwriting and publishing deal with Pulse Music Group which also represents Rich The Kid, Run The Jewels, Ty Dolla $ign. Allegedly, she got paid an upfront fee of $350,000 and it is rumored that she is set to receive 2 similar installments once the set revenue milestones are met. This translates to a $1 million advance in royalties, plus she is expected to get 70 percent of all future record sales.

In early 2019, she released 2 singles: “Bestie” featuring Kodak Black and Babyface Savage” featuring Tory Lanez. The former gained a lot of popularity on Twitter and YouTube and also performed well on the Bubbling Under Hot 100 in both the US and Canada. The single gained over 20m views in just 2 months, elevating her to become the youngest female with most entries in over 20 years.

In December of 2019, her video appeared on Instagram with Bregoli wearing box braids. This resulted in a lot of controversies more so on cultural appropriation. Consequently, she got into a social media hiatus but ended it with a freestyle rap of Nicki Minaj’s. This was only available on streaming services but the official music video is expected to be released soon.

Though her rise to fame and fortune has been punctuated by controversy, there is no denying that Danielle Bregoli has overcome all odds and social stereotypes to become a heavyweight in Rap music. Her net worth itself speaks for her and from the look of things, her skyrocketing trajectory is poised to take her to great and greater heights in the music industry.