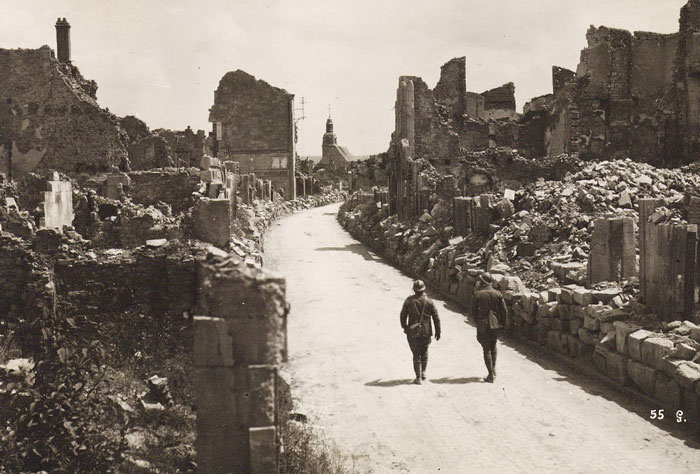 Below is our moving collection of unforgettable photographs of cities in the past (some recent) that demonstrate the heartbreak of loss, the tremendous devastation of human conflicts and struggle for power, and the triumph of the human spirit.

Madrid, 1936
Children playing near the facade of the house No. 10 Peironcely Street damaged by shrapnel. 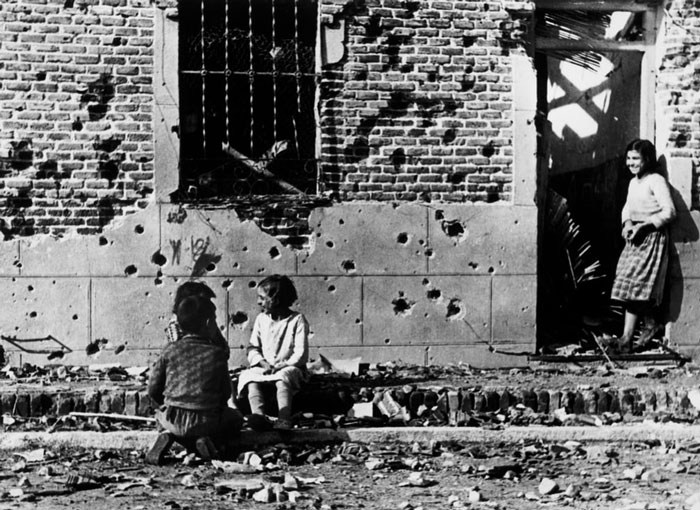 London, 1940
Crumpled bus on the ruined house facade after the German bombardment of London during the first days of Blitz. 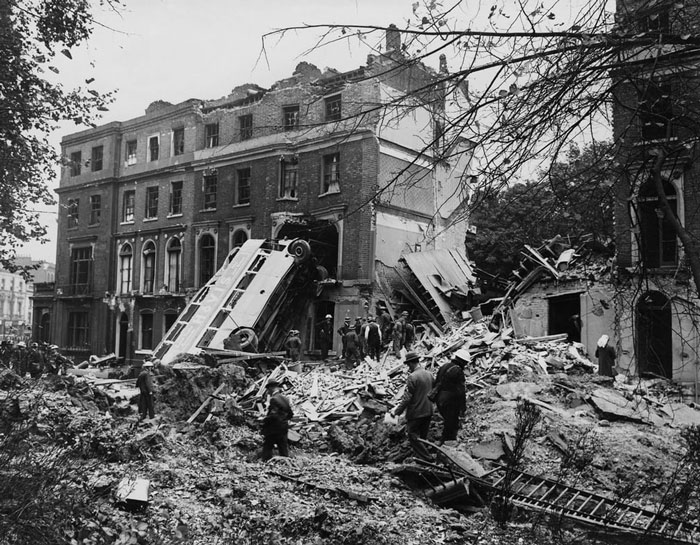 London, 1940
A view at St. Paul’s Cathedral above the smoke and flame on one of the scariest nights during the bombardment of Britain. The Luftwaffe aviation dropped more than 10 000 fire-bombs on the city on December, 29th. The photographer captured the Cathedral from the Northcliffe House’s roof. He noticed the silhouette between the clouds of smoke and made a historical photograph. 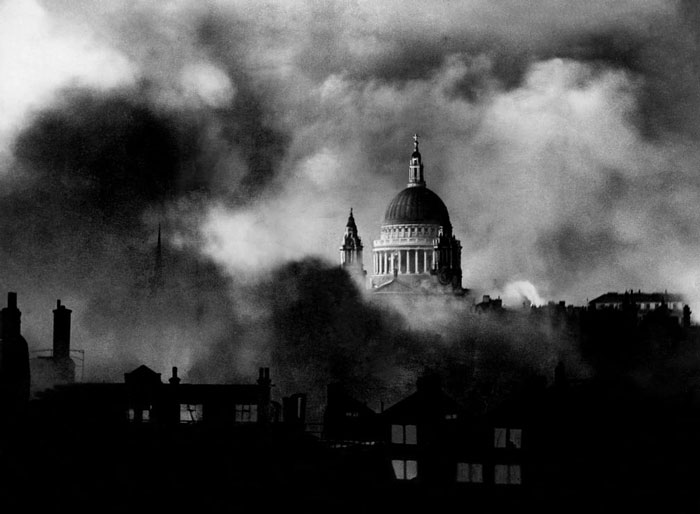 Hiroshima, 1945
The nuclear bomb killed more than 140 000 people. Initially this building was a prefecture of Hiroshima. It was located just in 160 meters from the epicentrum. The skeleton of the cupola raising above the city ruins has become symbolic. Now it is officially called the A-bomb Dome. 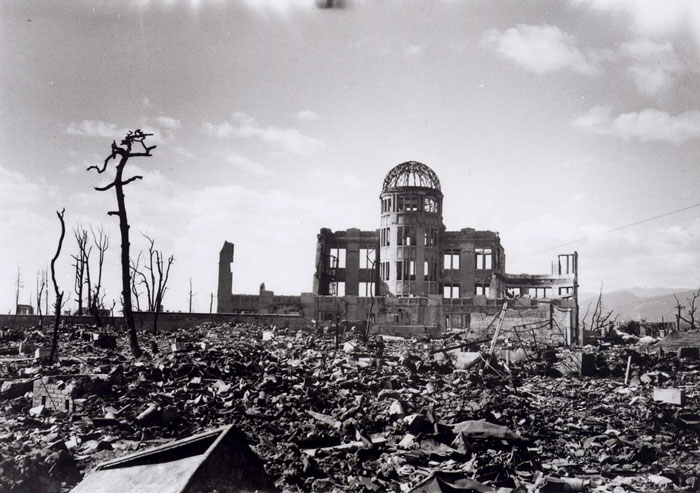 Santa Clara, 1959
The Fidel Castro’s revolutionary army on the captured tanks in the Cuban city, which was liberated by his comrade and revolutionary Che Guevara. 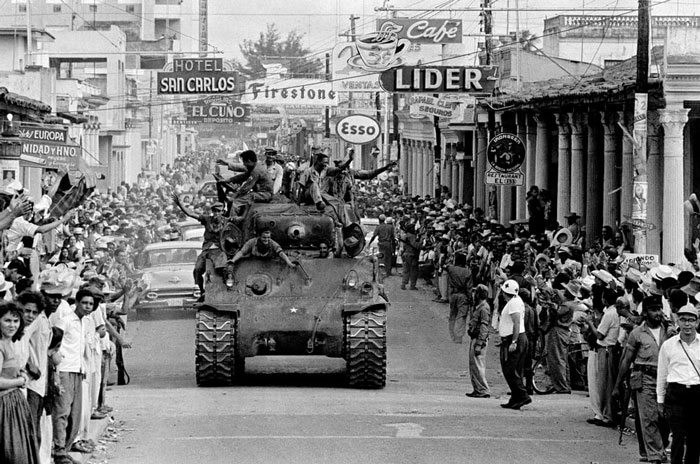 Nicosia, 1964
After the shooting on the Murder mile the Greek-Cypriot police has captured the positions in front of the Turkish quarter on the Ledra street. 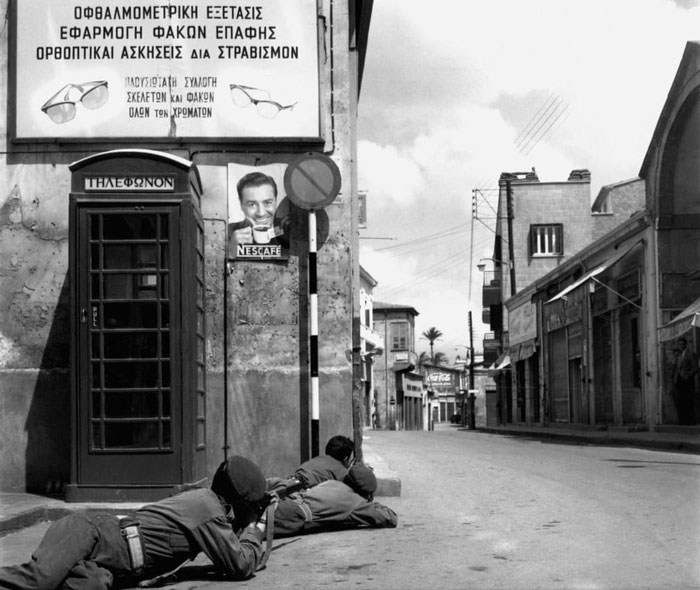 Saigon, 1968
Refugees leave the Vietnamese town after the bombarding carried out by the American forces. 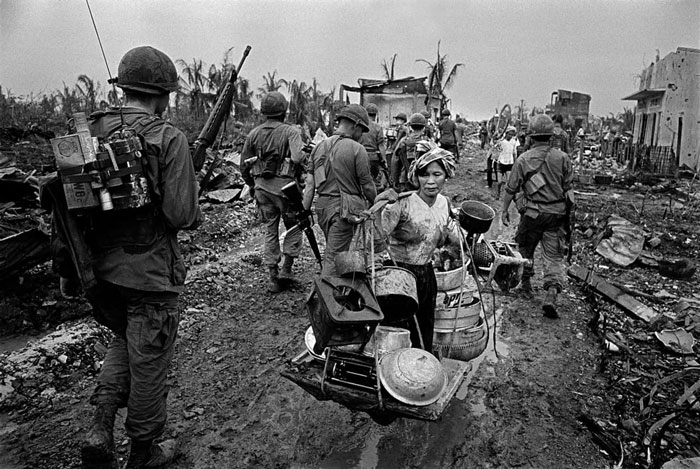 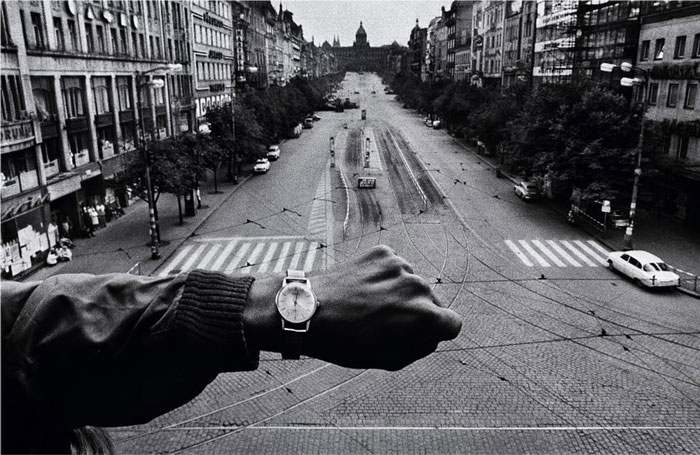 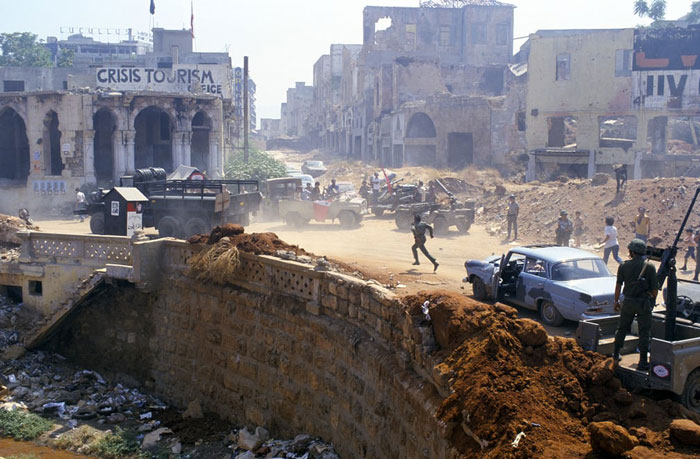 Sarajevo, 1992
Women running away from the Sniper Alley during the siege of Saraevo. 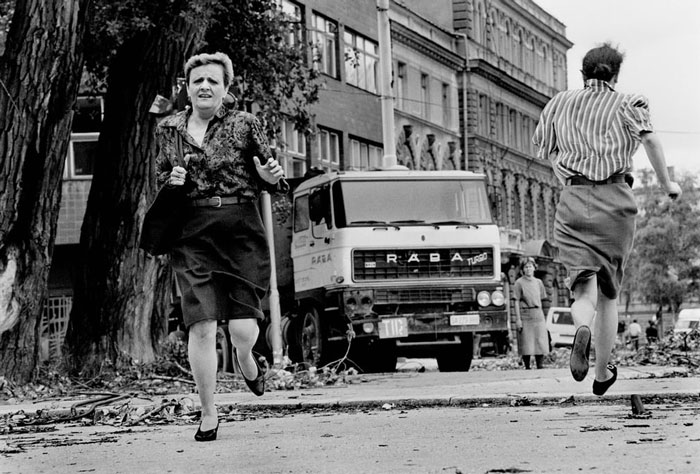 Monrovia, 2003
A loyal to the government Liberian militia’s commander exults after firing the rocket-propelled grenades into the rebels. 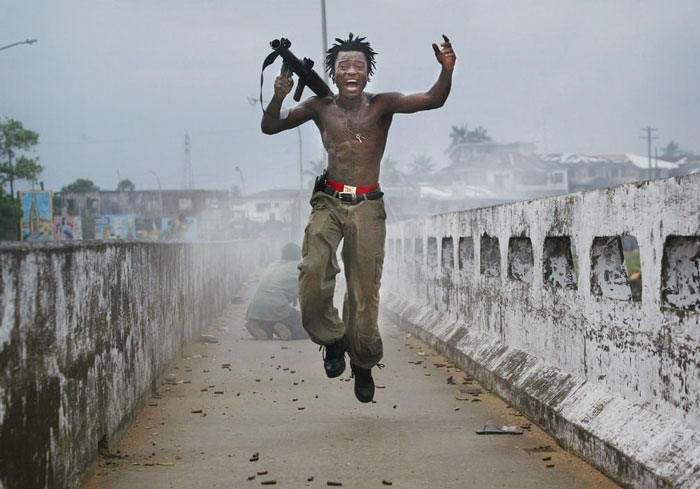 Baghdad, 2004
Iraqi walks by the scene of the attack by the American military, which took human lives in the Al-Waziriyah neighborhood of Baghdad. 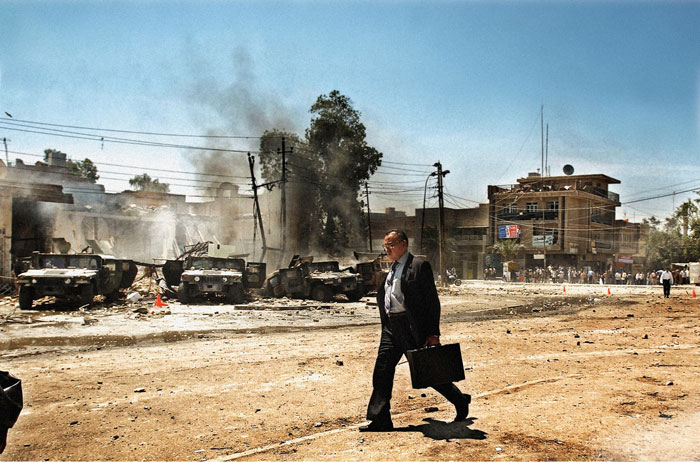 Beirut, 2006
The Lebanese citizens watch the Hezbollah leader Sheik Hassan Nasrallah on TV, observing how the black smoke raises after the Israel attack on the southern suburbs of the city. 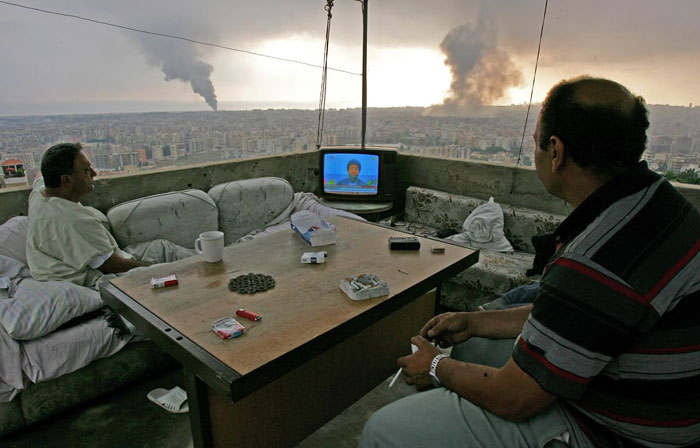 Kabul, 2007
Children playing in the blasted car in front of the palace, which belonged to the former king and was ruined during the Civil War. 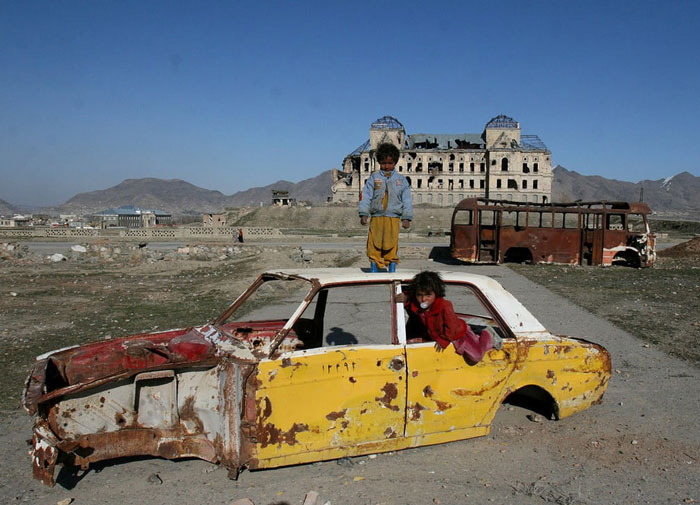 Jerusalem, 2010
An officer of the Israeli boarder police shooting tear gas into the Palestinians in the East Jerusalem. Dosens of protesting faced the police on the so called Day of Rage. 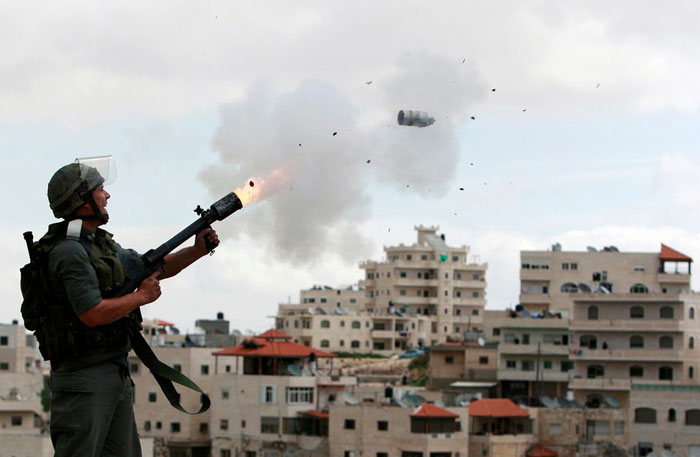 Mogadishu, 2011
The Somalis awaiting in the refugee’s camp, which were forced to move there by the drought and famine. According to estimates by the UN more than 100 000 people left villages and arrived to Mogadishu because of draught, hunger, and war. 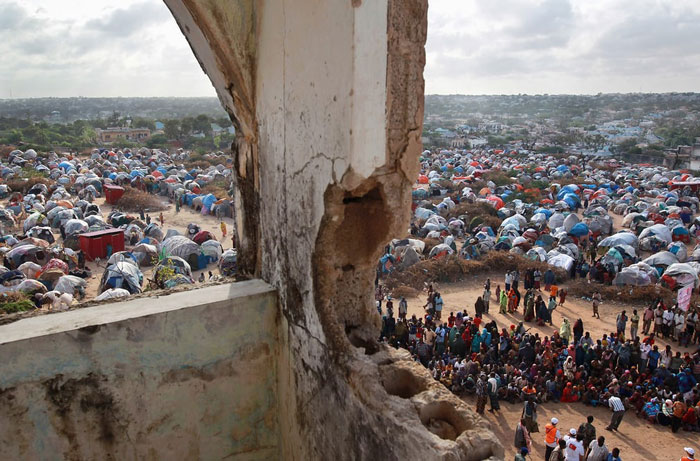 Sirte, 2011
The Libyan combatants of the Libyan National Transitional Council are shooting into the loyal to the regime soldiers during the battle for one of the latest bastions of Moamer Kadhafi. 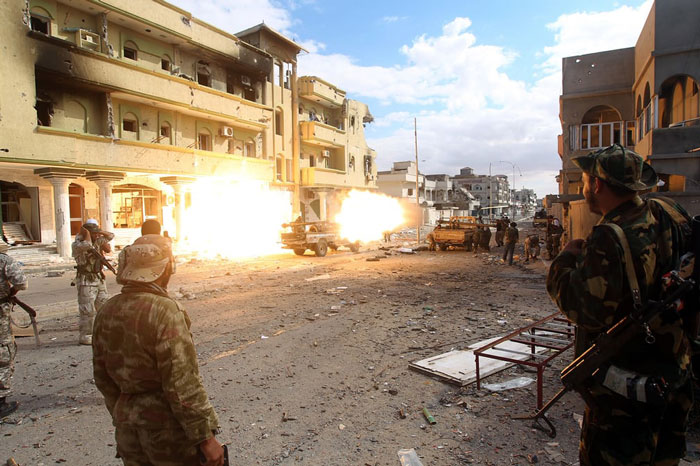 Shejaiya, 2014
The Palestinian family passes by the ruins of the building, which was destroyed in the course of the military action between the HAMAS operatives and Israel during the 50 days of fighting in Gaza. 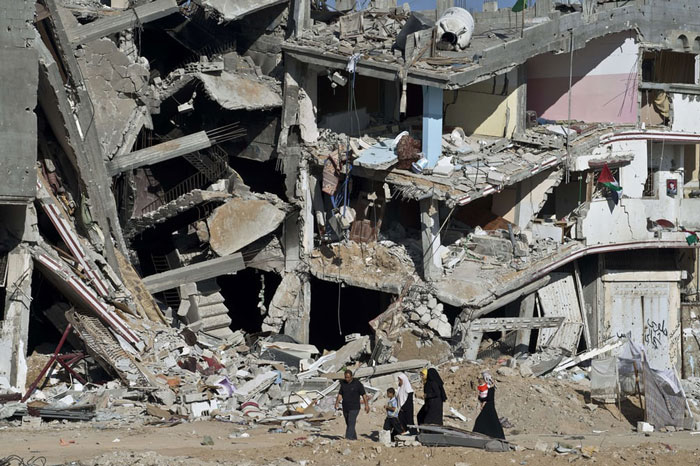 Raqqa, 2017
The fighters of the Syrian Democratic Forces standing on the roof after they took over the city from militians of the Islamic State in October, following the 4-month long attack. 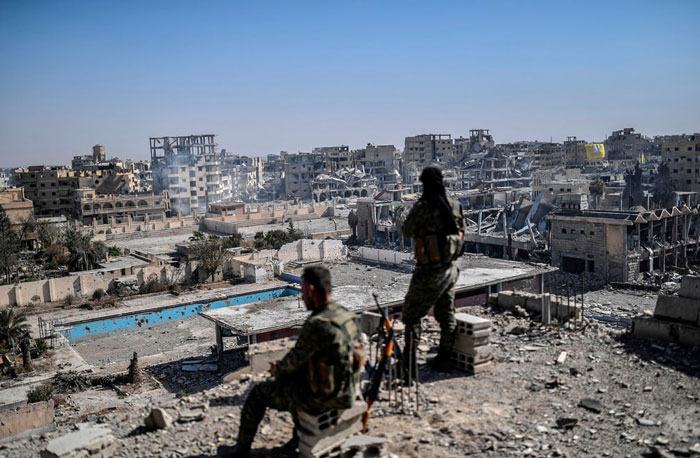