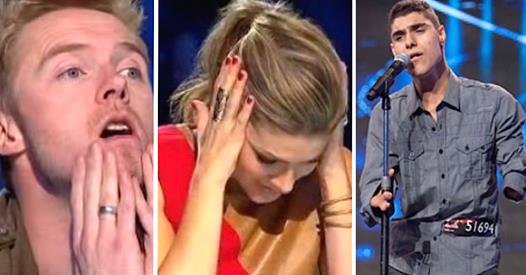 Emmanuel Kelly was a little boy when he and his brother were found by nuns inside a shoebox in Iraq. Both brothers were born with severely underdeveloped limbs due to the chemical warfare. The nuns brought Emmanuel and his brother, Ahmed, to an orphanage in Baghdad where they were adopted by Moira Therese Kelly, and brought them to her home in Australia to provide them with medical care.

The newfound sense of love and support allowed the brothers to flourish into adulthood. Ahmed, a quadruple amputee, represented Australia in swimming at the Summer Paralympics. Emmanuel was also born with a special talent. His family encouraged him to audition for The X Factor, at the age of 17.

Emmanuel performed his emotional rendition of John Lennon’s “Imagine.” His story moves the judges to absolute tears. Please SHARE Emmanuel’s story with your friends on Facebook!