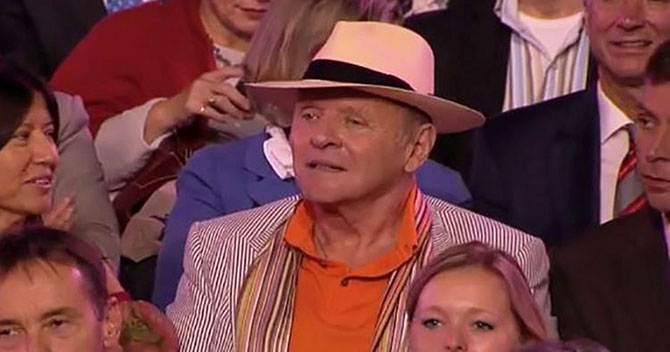 Sir Anthony Hopkins won an Academy Award for Best Actor for his portrayal of Hannibal Lecter in The Silence of the Lambs. He has featured in brilliant films like The Mask of Zorro, Nixon, Amistad, and many others.

But few people know that Hopkins was a musician before he became a famous Academy Award winning actor. He graduated from the Royal Welsh College of Music & Drama before he decided to become an actor. In fact, he’s a talented musician.

He enjoyed writing and composing his own pieces, in which one of them is titled “And The Waltz Goes On.” He wrote it when he was only 19. After writing it, he served 2 years in the British Army and then underwent training as an actor. He never thought he’d hear the waltz he wrote, but something extraordinary happened when he attended a concert.

Hopkins was stunned when André Rieu and the Johann Strauss Orchestra performed his piece: “And The Waltz Goes On.” Hopkin’s reaction says it all. If you’ve a second, please SHARE this brilliant performance even if you aren’t a fan of Anthony Hopkins.