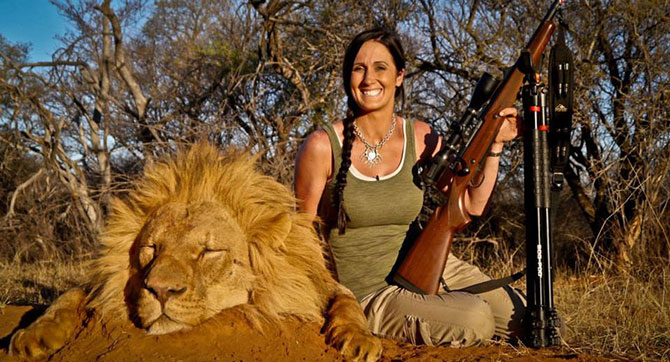 In August, the following month, Quinn Swales, a safari guide was mauled and killed by a male lion which also live in the same game preserve where Cecil lived.

Though it would be unfair to impute it on divine justice (he had nothing to do with the killing of Cecil), but somehow, the emotional side of us is inclined to say, “Serves you right.”

I definitely would say, “Serves you right,” if any of these 10 hunters, considered most cruel, would somehow meet the fate as the unfortunate Quinn. Here they are:

Note: If you are for animal conservation please share to bring pressure to these people who delight in killing helpless animals.