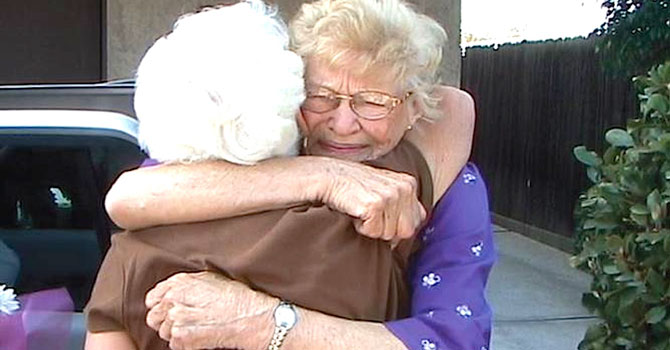 In 1928, Minka Disbrow was having a picnic in the woods when she was cornered by strangers and raped. She later found out she was pregnant. The baby was born in secret and she named her Betty Jane. But Minka was only 16 then, so she decided to give her baby up for adoption.

Their separation though was only physical as Minka never stopped loving and praying for her baby girl, even though she never thought they’d see each other again. For decades, she wrote letters, hoping to receive updates on her daughter.

Nearly 80 years later, Minka whispered a prayer, “Lord, I’d like to see Betty Jane before I die. I promise I won’t bother her or interrupt her life. I just want to lay eyes on her.” Two months later, she got a call from her daughter.

Watch the video below and see Minka and her daughter’s heartwarming reunion.

Cathy LaGrow, Minka’s granddaughter, wrote about their incredible story in a book titled The Waiting.