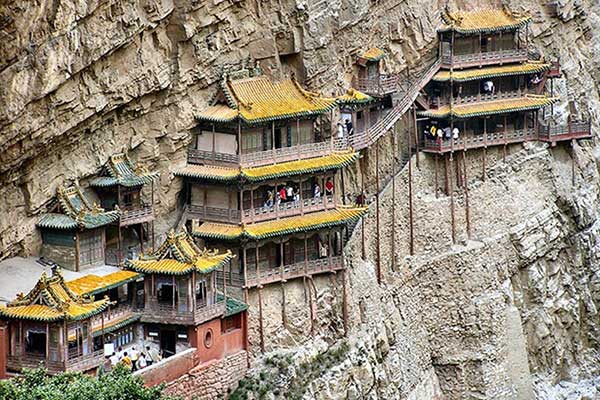 Over 1,500 years ago, a community of monks built a temple that would become an architectural wonder in the world. The most amazing thing about this unique monument is that it’s built into a cliff, hanging 246 feet above the ground.

Only four hours from Beijing, the Xuan Kong Si Hanging Temple is one of the most impressive temples you’ll ever see. The monks constructed the temple on the cliffs to protect it from the floods, as well as from snow and rain, using crossbeams inserted into the rock as foundation.

At first glance, the temple appears to be so fragile. But it has managed to cling to the rock for more than 1,500 years. 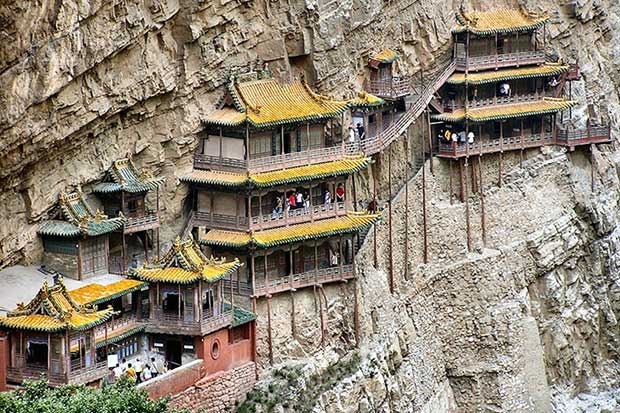 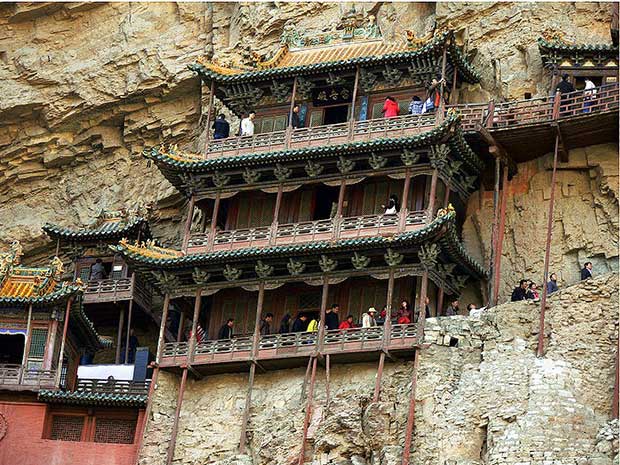 Another remarkable thing about the temple is that it’s the only one left today that represents the three traditional Chinese religions: Buddhism, Confucianism, and Taoism. 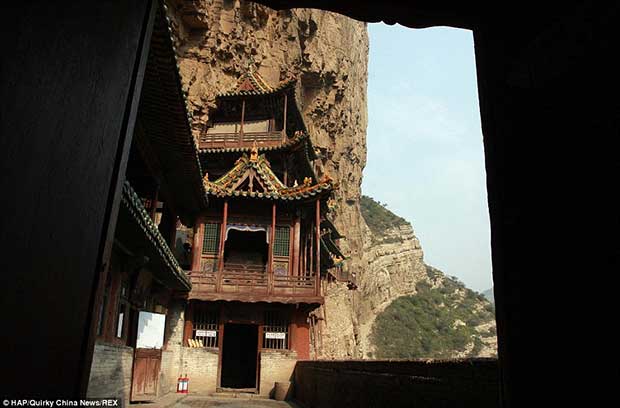 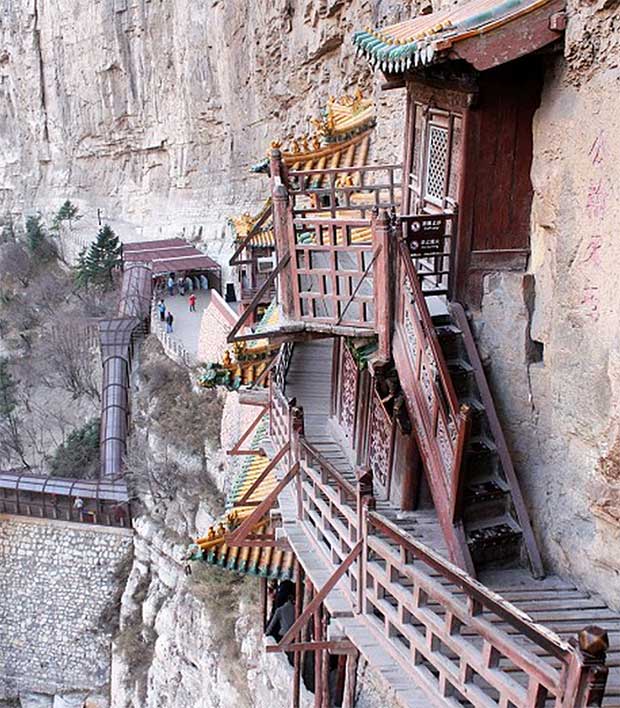 The whole structure suspended on the side of Mount Hengshan seems to defy gravity. 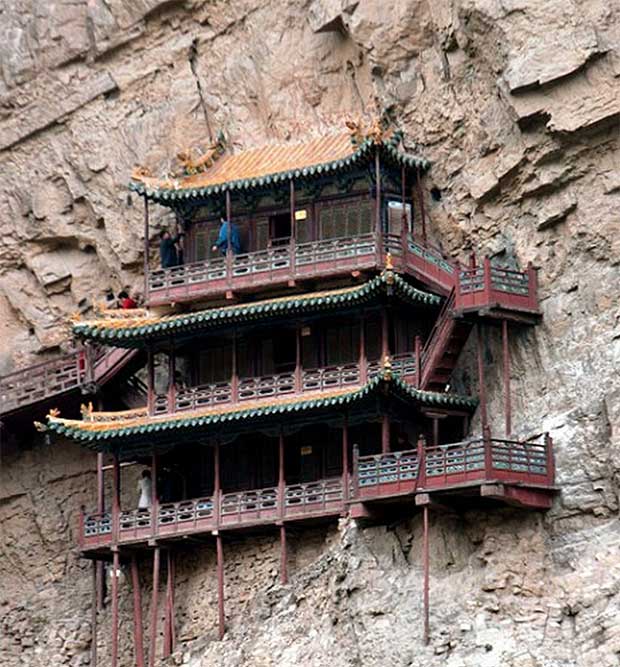 Engineers from around the world came to this place to study the extraordinary architectural properties of the Hanging Temple. 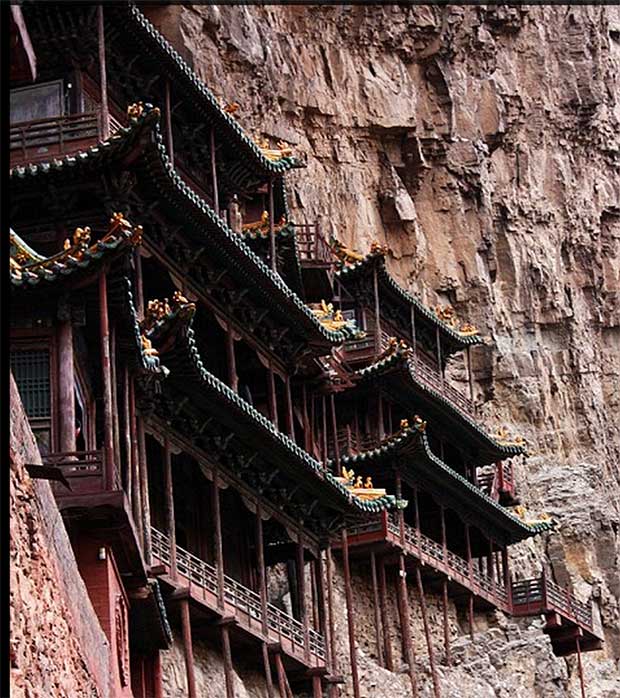 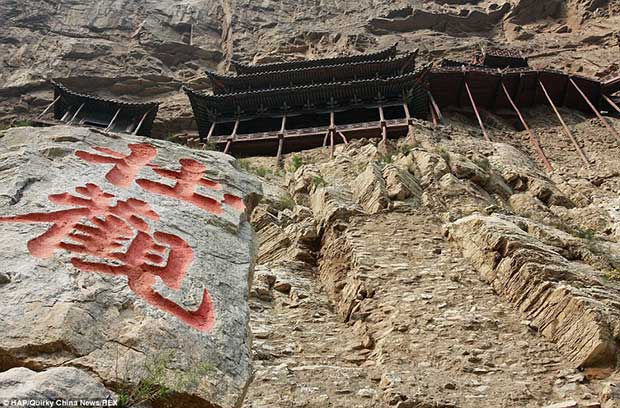 Here’s one of the many poles that supported the complex preventing it from falling into the valley below. 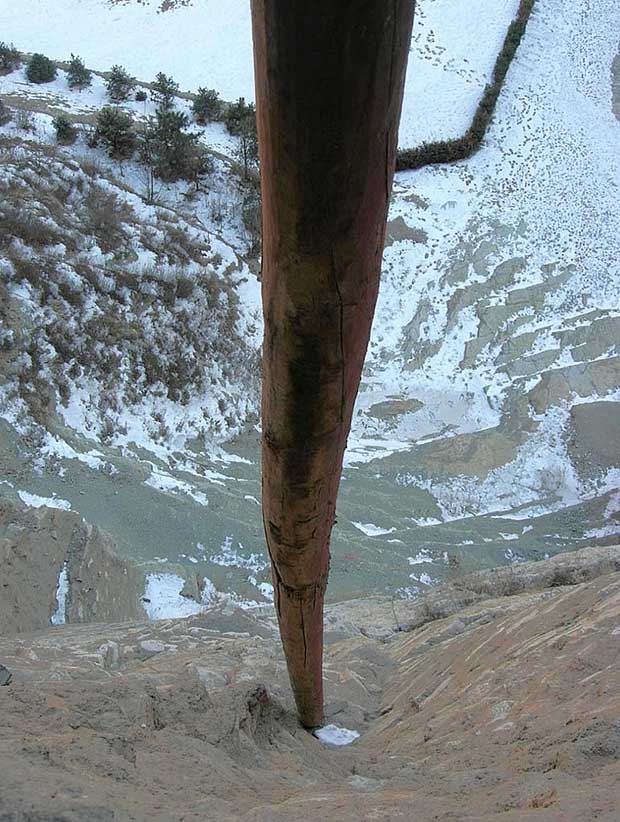 It has 40 rooms and over 80 statues and stone carvings representing different dynasties that have occupied the Hanging Temple over the years. 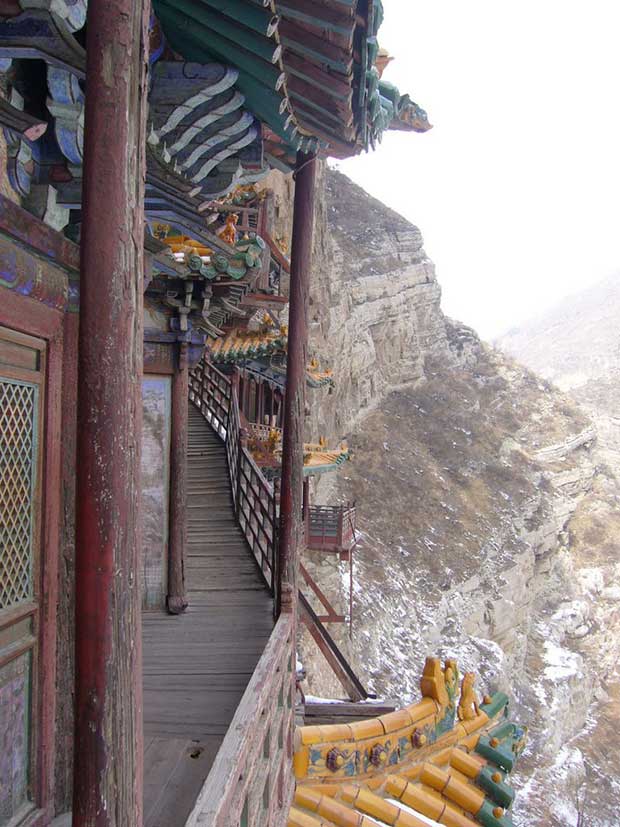 The statue of Buddha inside the sanctuary. 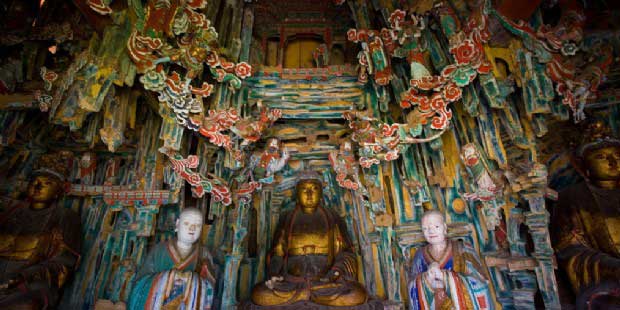 The spectacular views are some of the things you’ll not forget when you visit this place. 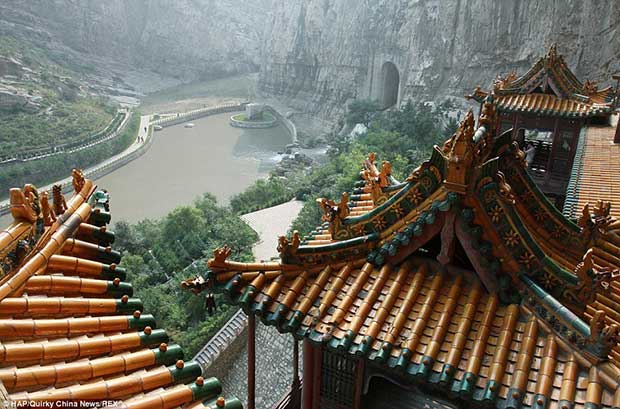