The circle below represents the 4.1 billion people around the world that speak one of the 23 most spoken languages. The chart further breaks down the numbers by the amount of people that speak a given language according to country. 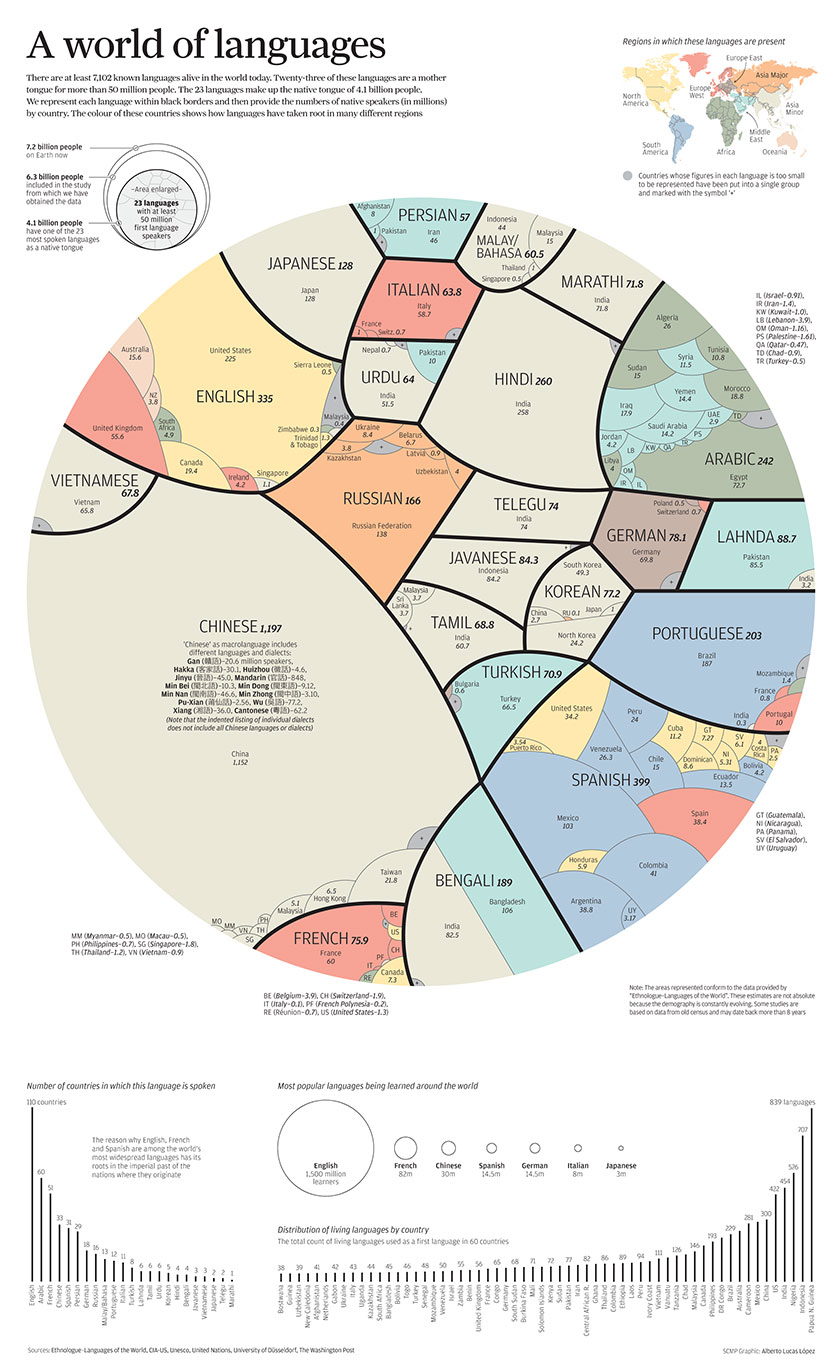 Click this link to see a larger version and read all of the details.

The colors signify the interesting development of languages in different regions of the globe. You will also find different countries are placed throughout the chart, showing the language diversity as across the globe.

The most widely spoken language is Chinese, which is considered a macrolanguage that comprises different dialects such as Cantonese, Gan, Min Dong, Hakka, Jinyu, Min Bei, and more.

“The reason why English, French and Spanish are among the world’s most widespread languages has its roots in the imperial past of the nations where they originate.”