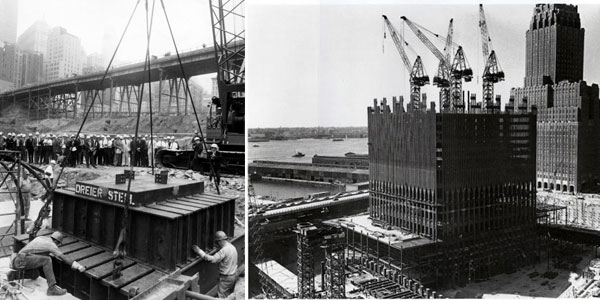 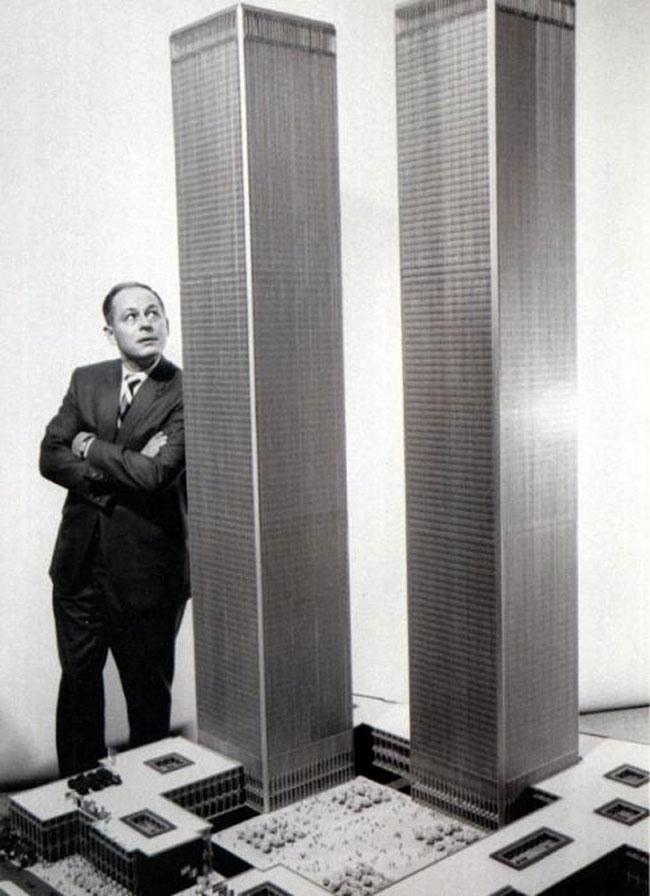 The pouring of first concrete for the World Trade Center, September 1966 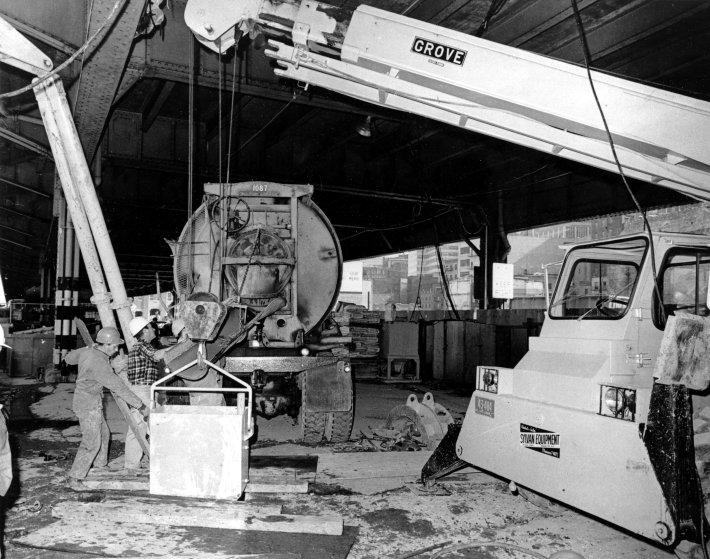 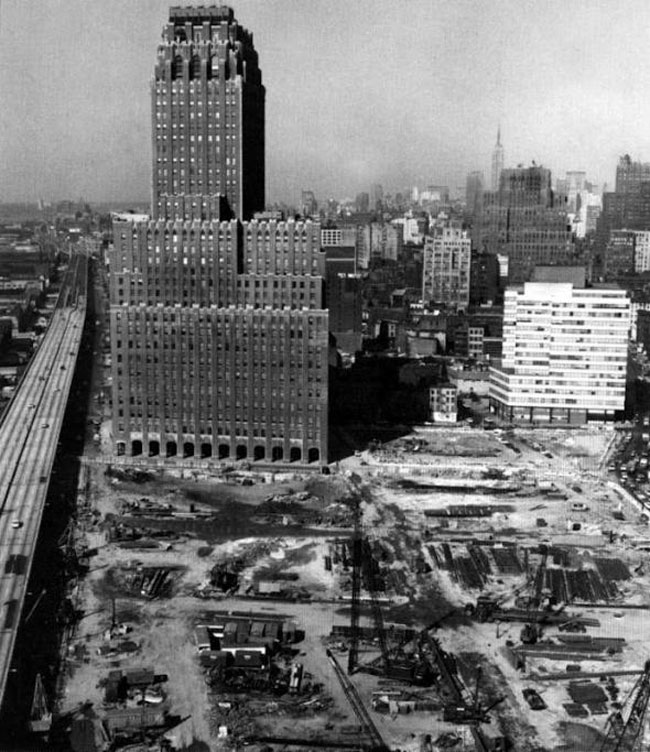 Future construction site area is marked with a white line, 1967 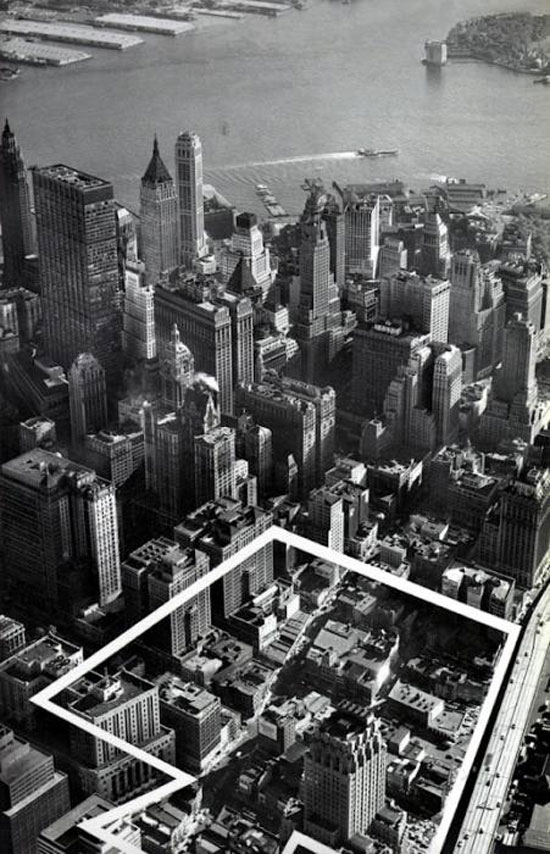 Steelworkers placing a 34-ton steel grillage into place 70 feet below street level at the site of the World Trade Center. The grillage is a complex of steel constructed in three tiers and is the first of 28 that will support the core columns of the 1350 foot high north tower. The grillage is 11 feet wide, 15 feet long, and 7 feet high (1968) 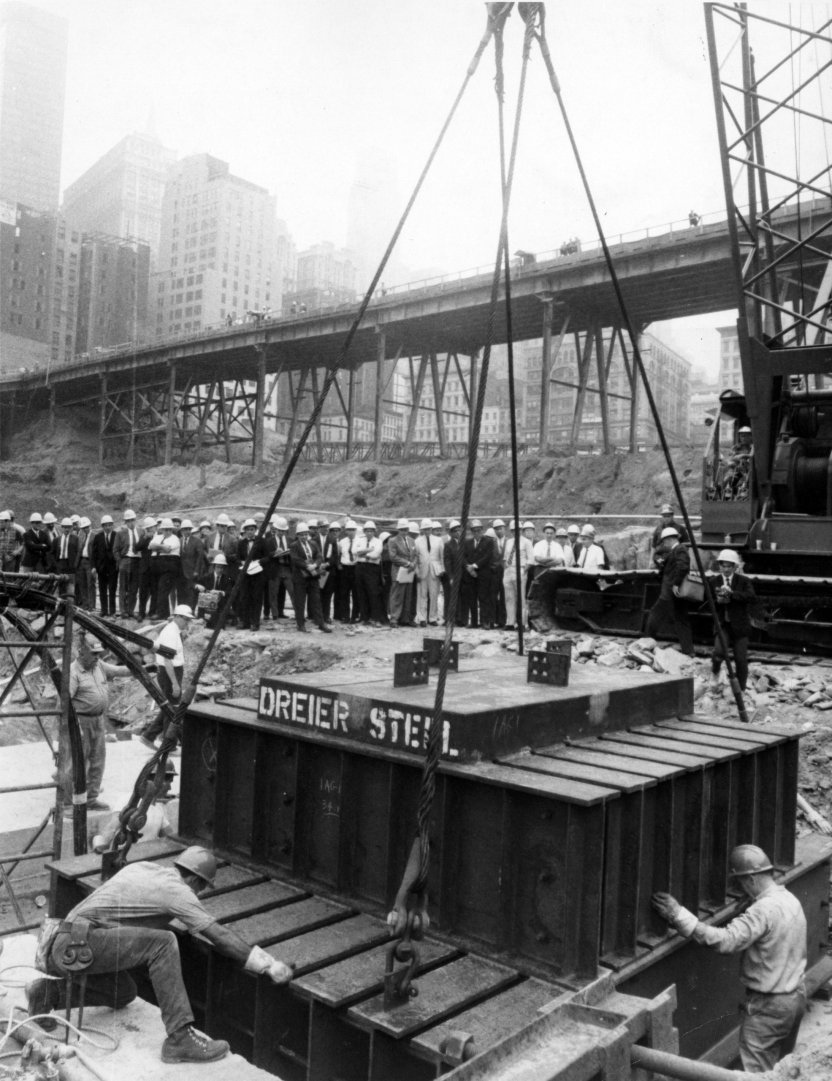 The progress of the construction so far in June 1969 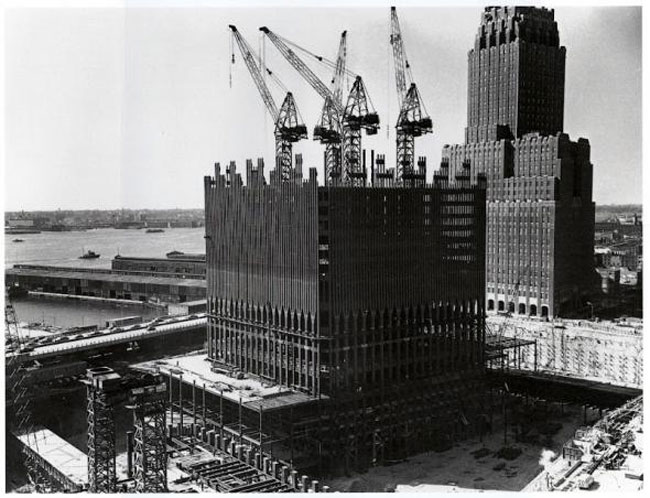 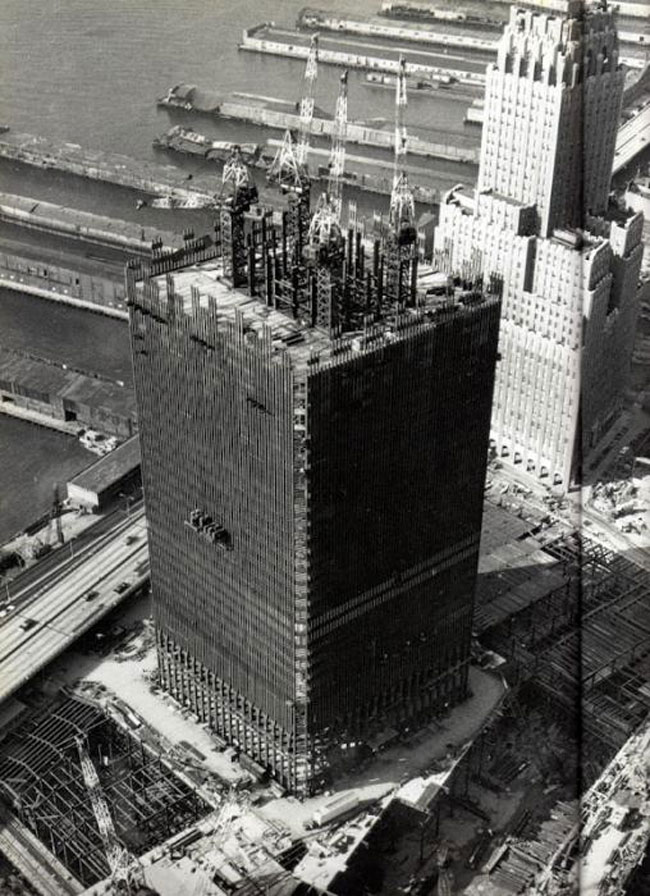 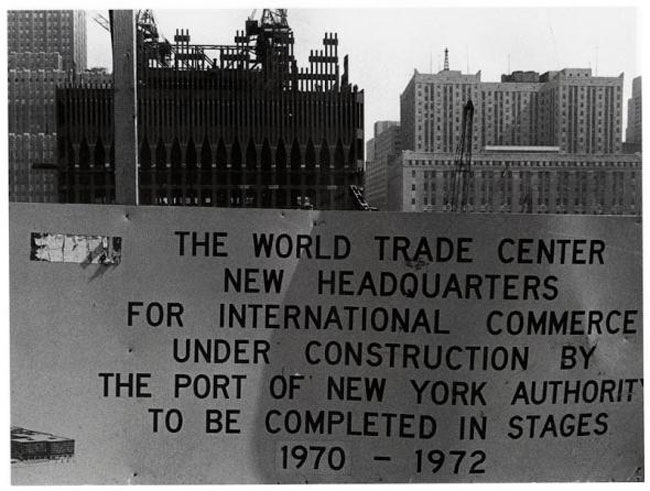 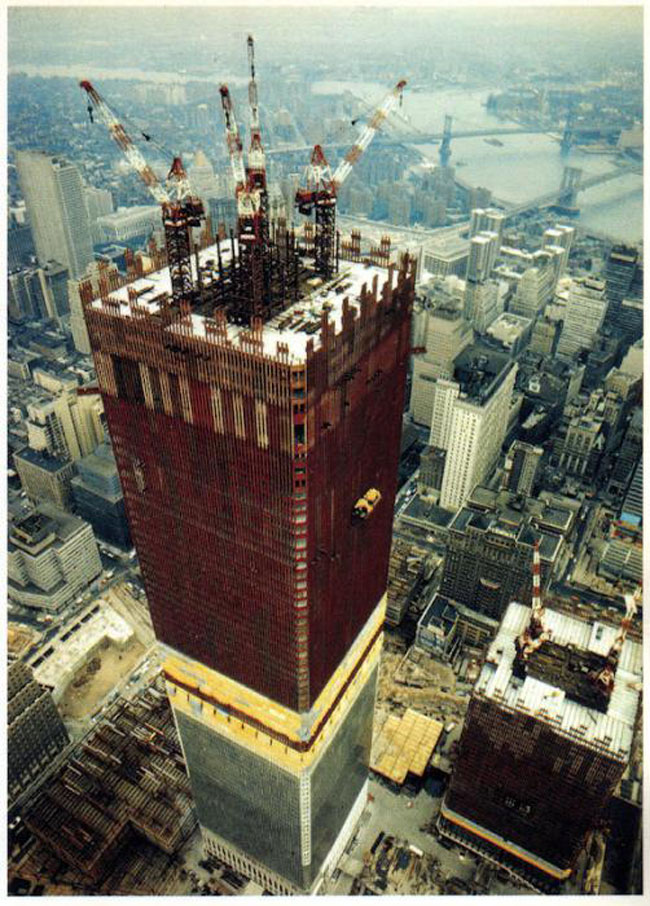 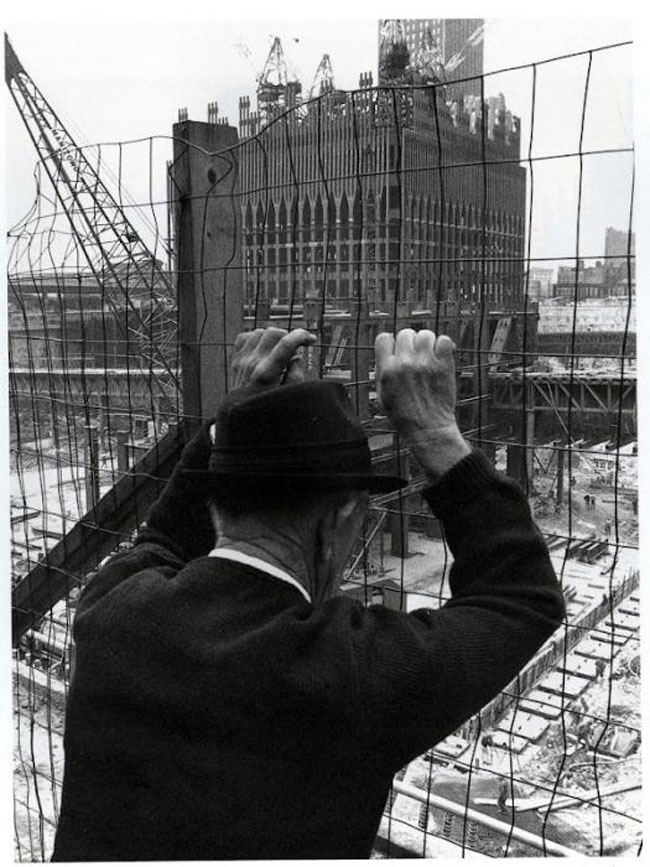 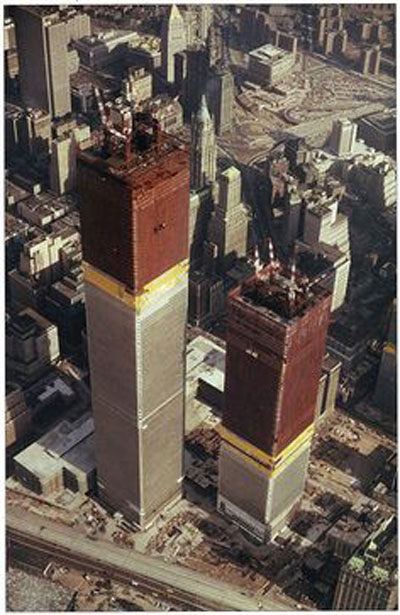 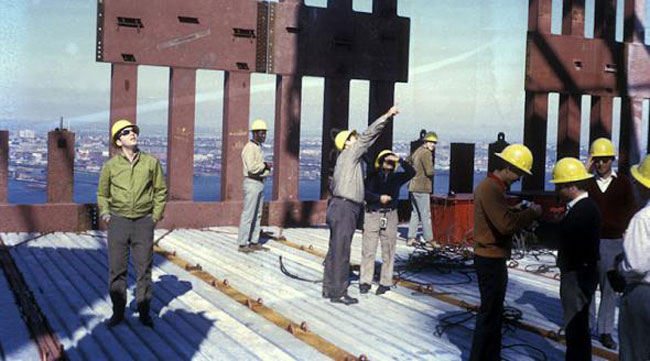 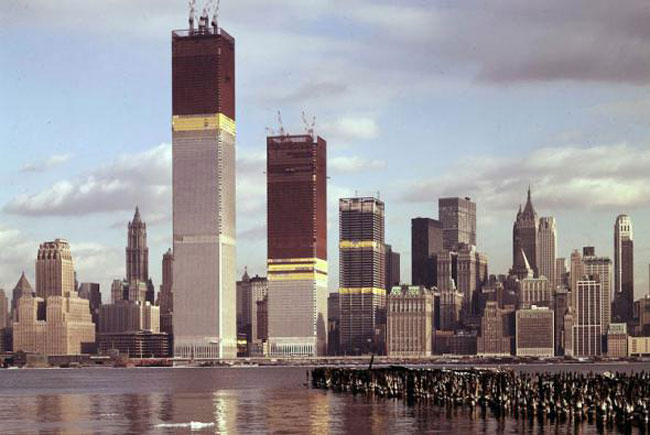 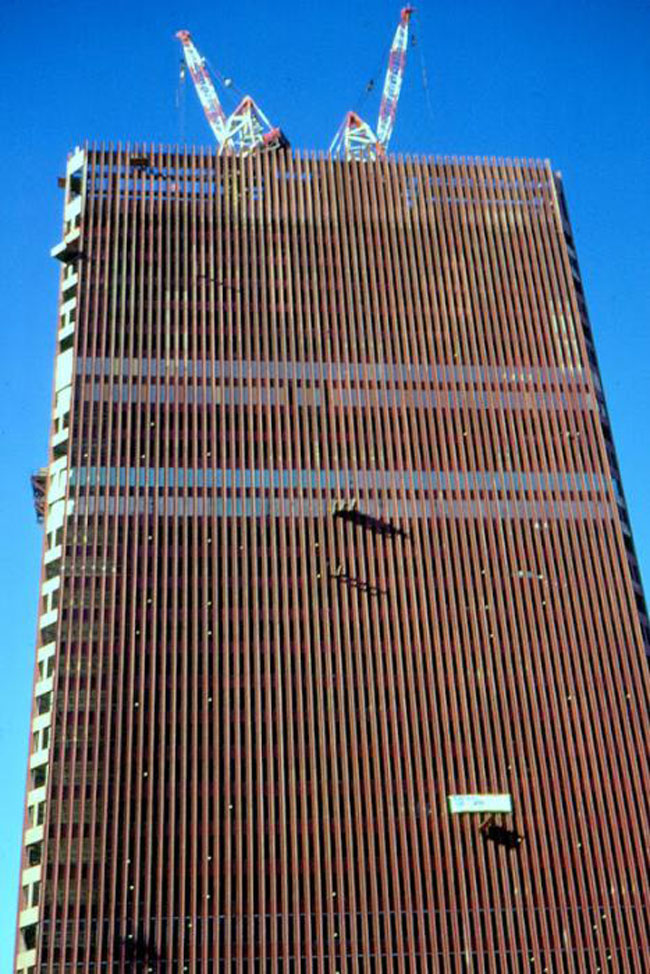 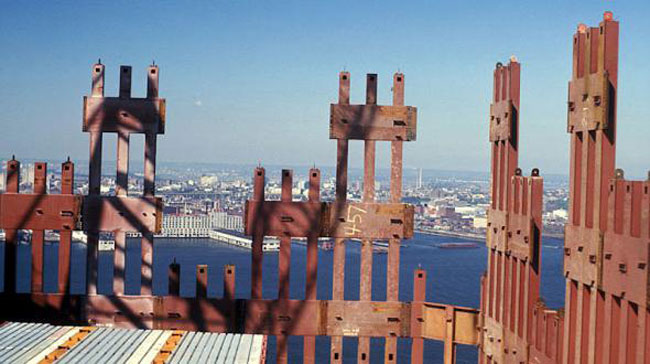 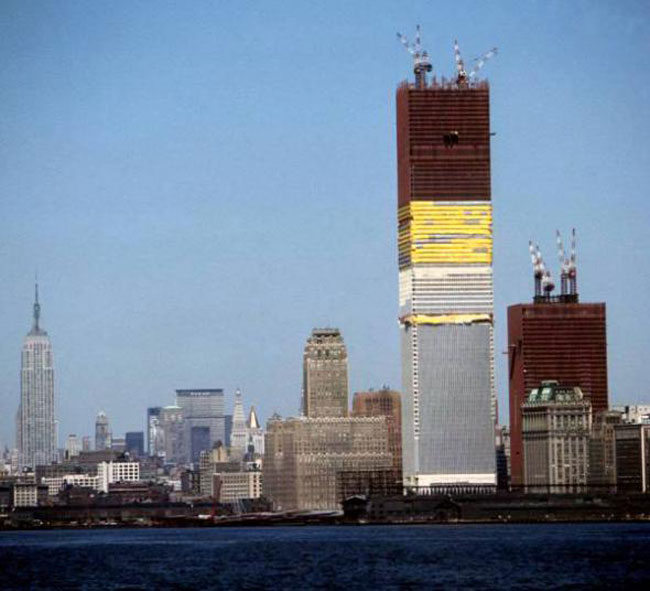 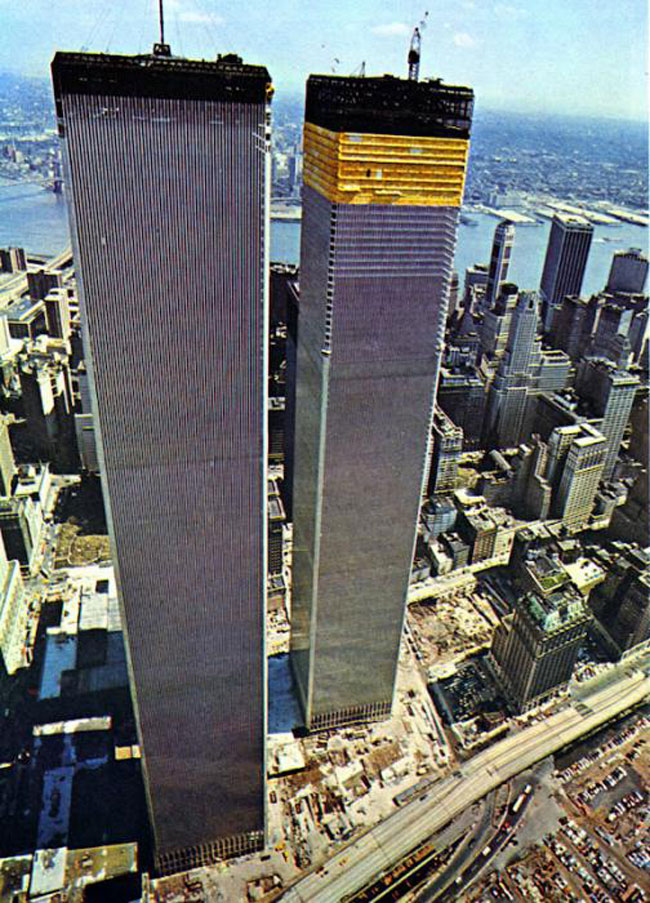 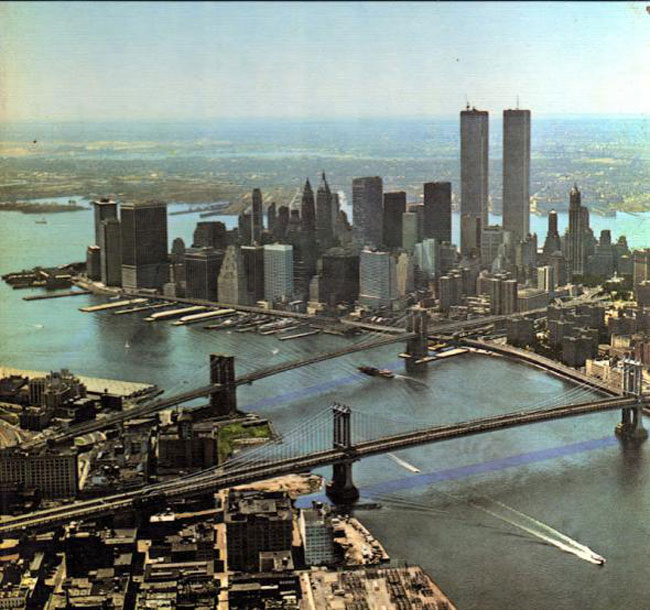 Sunrise Photo of the Twin Towers during construction 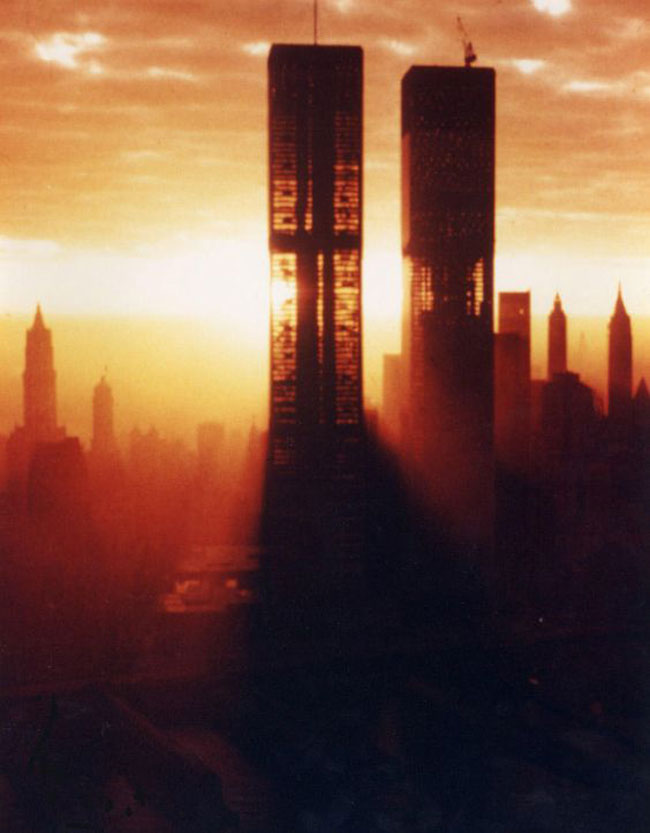