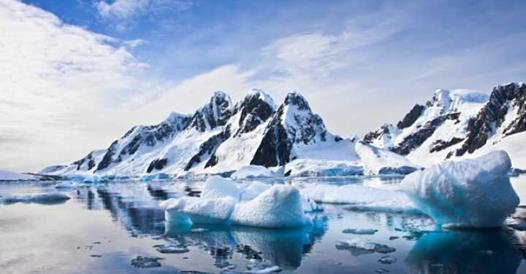 Whether you believe in climate change or not, it isn’t pretty. Floods. Droughts. Forest fires. And that’s just the tip of the iceberg.

The two largest ice sheets on earth — the Antarctic and Greenland — cover more than 6 million square miles. Yeah, that’s a lot of ice. Now scientists were asking themselves: “what if all of earth’s land ice melted?” It would be nothing short of disastrous.

Lots of European cities like Brussels and Venice would be basically underwater.

Imagine millions of people in cities like Mumbai, Beijing, and Tokyo would have to evacuate inland.

We’d would be saying goodbye to beautiful cities like Rio de Janeiro and Buenos Aires.

In the U.S., places like Florida, Houston, San Francisco, and New York City will slowly disappear into the sea.

You can use this tool created by Alex Tingle using data provided by NASA, where you can take a detailed look at how your community could be affected by rising seas. Looking at these maps is not pretty. Much of America’s most populated locations would be severely affected by rising sea levels.

To the West Coast, say goodbye to San Fran!)

To the East Coast, see ya, Philly!

And the Gulf Coast, so long, Bourbon Street!

So what the earth would actually look like if that happened? Would your city survive?